You are in : All News > Starbucks’ funded Hubbub to recycle 4 million cups a year in London 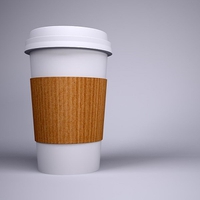 22 Jan 2020 --- Sustainability-oriented organization Hubbub is investing £300,000 (US$390,000) in five coffee cup recycling facilities around the UK capital. The move will amount to repurposing around four million paper cups, according to the organization and is a bid to dispel consumer confusion around cup recycling. The funding was sourced out of Starbucks’ voluntary 5p charge on single-use coffee cups via the Cup Fund grant program. To improve public awareness Hubbub placed an art installation on the riverwalk in London’s Bankside made of 5,555 paper cups – the number used every minute in the UK.

“The Cup Fund is the UK’s largest grant fund to bolster and support paper cup recycling in the UK. The funding will enable us to collect cups in significant volumes in areas where there may have not been any drop off points before. The initiative isn’t set-up for companies to send their recycling to but is focussed on the individual programs in their chosen areas. Some of these projects provide facilities that are available to companies to install on their premises,” a Hubbub spokesperson tells PackagingInsights.

All cups collected by the funded projects will be recycled within the UK into new products including paper bags and greetings cards. “Production is kept as local as possible to reduce travel and some of those products will go back into the locations where the cups were collected to create a closed-loop,” the spokesperson adds.

Haley Drage Vice President, Public Affairs, Starbucks EMEA, says, “Addressing the issue of waste in and out of our stores is a global priority, and we are tackling this from a number of angles within the organization – whether it’s reducing the amount of single-use materials we introduce to begin with or encouraging customers to adopt reusables.”

Click to EnlargeHubbub placed an art installation on the riverwalk in London’s Bankside made of 5,555 paper cups – the number used every minute in the UK. While reusable cups are the most environmentally friendly choice, billions of paper cups are still being used each year and most aren’t currently recycled,  says Gavin Ellis, Director and Co-Founder of Hubbub. “We know that people generally want to do the right thing with recycling and it was surprising to find that three in four people are still unaware that cups need to be collected separately from normal card and paper.”

“By using the Hubbub and Starbucks Cup Fund to raise awareness and introduce eye-catching cup recycling points in high footfall locations, we hope we can encourage Londoners to dispose of their paper cups in the right bins and ensure that they are recycled,” he adds.

Five recycling programs to boost sustainability
New Hubbub research has revealed that three in four people wrongly think paper cups can be recycled with other card and paper. So the move seeks to tackle consumer confusion as well. Each of the five new recycling programs is tailored to suit the local area, with features including:

As well as financial funding, each project will receive ongoing guidance and advice from Hubbub to enable them to best spend funds which will deliver the greatest long-term impacts. The charity has been at the forefront of coffee cup recycling campaigns for a number of years, bringing together large-scale collaborations of retailers, cup manufacturers, local authorities and other stakeholders to test and scale cup recycling in London, Leeds, Manchester and Swansea.