You are in : All News > European mill strikes: Trade unions bite back at UPM’s “unreasonable” demands as paper’s “perfect storm” grows

Many of the company’s staff, who number around 18,000, have officially been on strike since the beginning of the year, which could continue into April unless an agreement is reached.

The strike is already the longest-running in the history of Finnish paper mill production. UPM, however, says the negotiation process is time-consuming because workers refuse to be split into separate business-specific groups.

The dispute has already set production levels back by months. It is compounded by COVID-19 disruptions and energy shortages, something the European association for the self-adhesive label and narrow web packaging industry (FINAT) has described as the “perfect storm.”

“UPM is demanding significant deterioration in the workers’ terms and conditions of employment. The trade unions have taken a big step by accepting a company-specific bargaining process instead of a national sectoral collective agreement, and even business-specific bargaining with UPM,” an IndustriAll Europe spokesperson tells PackagingInsights.

“UPM should now give up its unreasonable demands for weakening the working conditions and accept the same level of terms and conditions as all other companies in the forest industry have already accepted in the collective bargaining process this winter.” 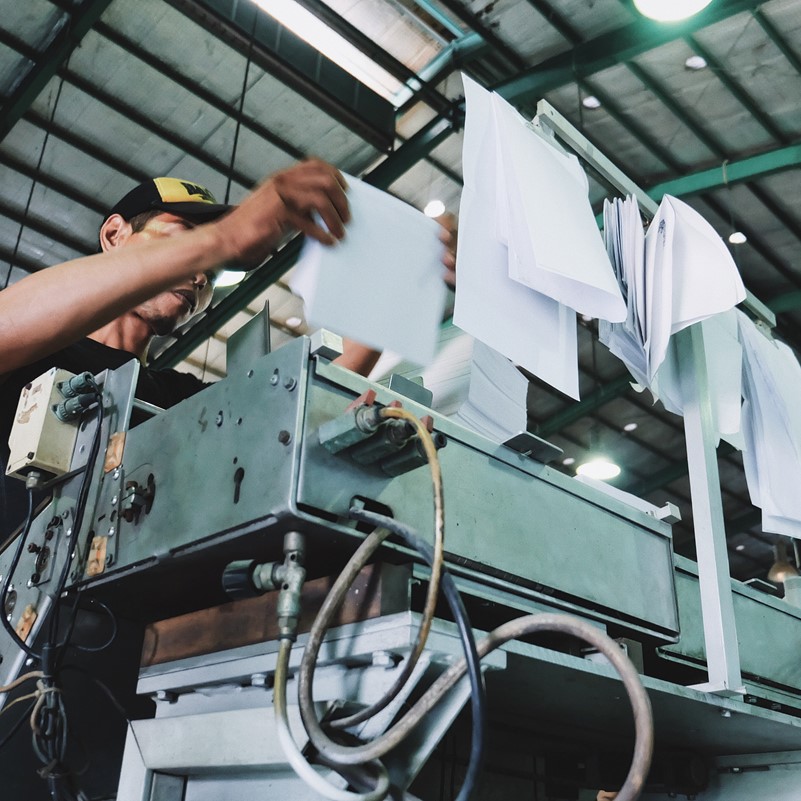 UPM strikers are refusing to be broken into separate collective labor agreements.

A break from tradition
While the union says UPM workers have agreed to bargain, UPM insists reaching a new collective labor agreement (CLA) has not happened because “the union aims for a single group-level CLA, as usual, whereas UPM’s goal is five business-specific CLAs.”

A UPM spokesperson tells PackagingInsights this separation is needed “to ensure and improve competitiveness in the businesses (pulp, graphic papers, specialty papers, labels, biofuels) that differ significantly from each other in terms of processes, markets, products.” This is a new situation for both parties, they say.

However, IndustriAll Europe, which is part of a global union representing over 50 million workers worldwide, says UPM’s demands are in contradiction with Finland’s “traditionally good industrial relations.”

“UPM must accept trade unions’ demands of having a uniform agreement on working conditions as it has already been the case. They have to revise their decision to break up the former company CLA into separate agreements for each of the five business units, and against the exclusion of white-collar workers from collective bargaining coverage,” they say.

“There has been a company agreement for decades at UPM, but this is being sacrificed as part of the company’s withdrawal from collective agreements.” Needed labeling supplies are being impacted by the strike.

Call for dialogue
The union says organizations like FINAT need to support and promote social dialogue. “Social dialogue is an integral part of our European social model. Data from the OECD shows that in countries with national and sectoral bargaining, there are higher employment rates and lower unemployment rates compared with countries with decentralized bargaining,” the spokesperson explains.

FINAT is urging a settlement, warning that significant damage has already been caused to the European paper industry by the shutdown – something that is impacting labeling for essential F&B and pharmaceutical products.

The Russian invasion of Ukraine may add to Europe’s labeling problems since forestry standards organizations and paper packaging producers are divesting en masse from Russia, which generates billions of dollars worth of wood for paper and pulp production.

However, the UPM spokesperson says suspension of the Russian wood trade “does not affect UPM that much since our Finnish mills are currently shut due to the strike.”

“Our mid-European mills are running as usual. The strike surely is felt in the markets, but to what degree – we’ll leave that to market analysts to assess.”

We are UPM Raflatac – a global manufacturer of pressure sensitive label materials.

UPM Raflatac develops and manufactures high-quality, high-performance self adhesive label materials for product and information labeling. Our film and paper label stocks are designed to build brand, provide competitive advantage and streamline operations. And our commitment to sustainability is second to None.

As a part of UPM, the Biofore company, we lead the industry in adopting state-of-the-art production processes and creating new label products that reduce the use of Nonrenewable materials and treat waste as a valuable resource.

The Confederation of European Paper Industries (Cepi) is calling for national governments in the EU to mitigate the mounting pressure gas shortages are putting on... Read More

Tetra Pak is discontinuing its remaining operations in Russia. The decision is based on the impact of export restrictions in Russia, which has led to an... Read More

SABIC is partnering with UPM Raflatac to launch “the world’s first” label material made from certified circular “ocean-bound” plastic. The... Read More

Ukrainian start-up Re-Leaf, creator of paper products from fallen tree leaves, has been awarded US$100,000 by Google’s Ukraine Support Fund, which was launched at... Read More