You are in : All News > Reusable plastic bottles release hundreds of potentially toxic chemicals, find researchers

16 Feb 2022 --- Reusable plastic bottles release hundreds of potentially toxic chemicals into the water stream when put through dishwasher cycles, researchers at the University of Copenhagen have found.

Professor Jan Christensen and fellow researcher Selina Tisler detected more than 400 different substances from the bottle plastic and over 3,500 substances derived from dishwasher soap in a recent experiment. Speaking to PackagingInsights, they say the findings were very surprising and that their methods could provide product manufacturers tools for regulation in future.

Using a liquid chromatograph and a mass spectrometer, the researchers carried out a non-target screening on biodegradable and PET bottles. As with traditional methods, the screening is not limited to analyzing the substances suspected to be present but instead screening for all substances present. 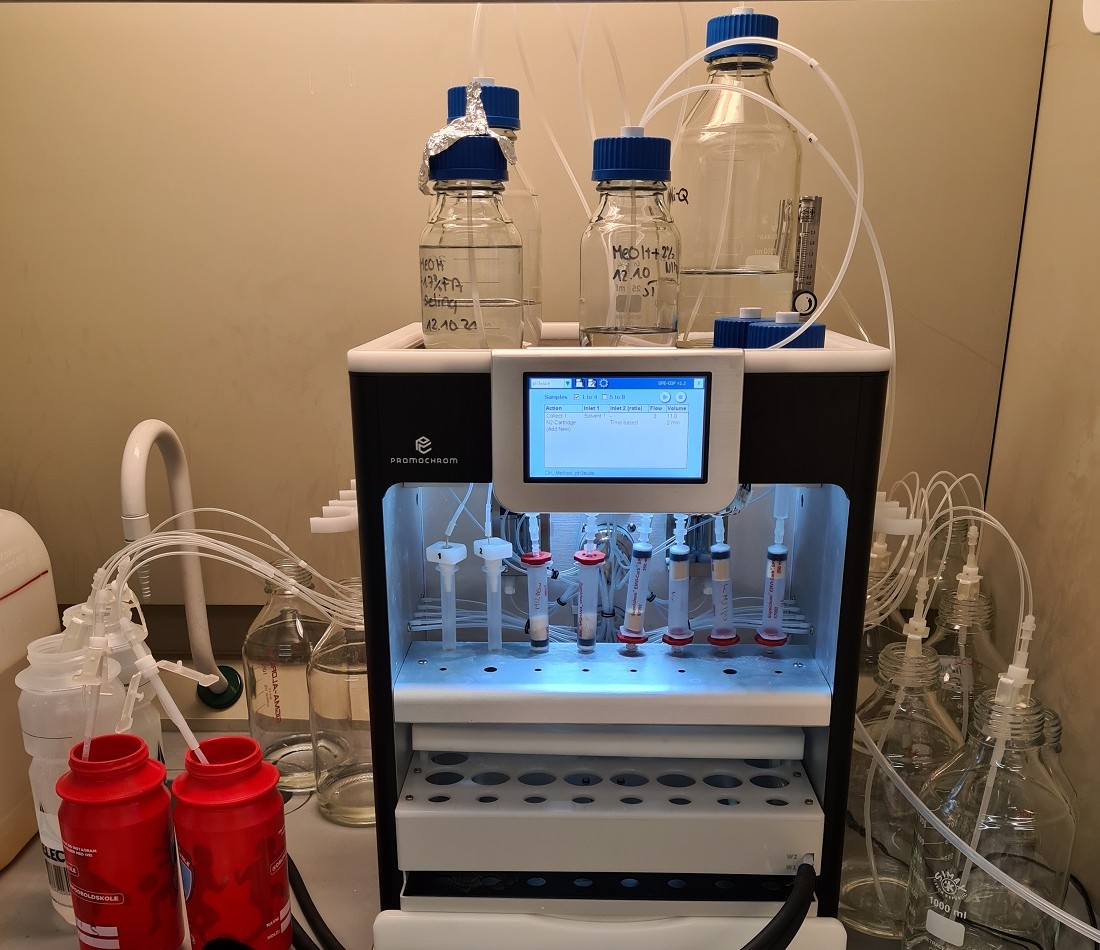 Using chromatography, the researchers screened the drinking water in the bottles for all substances present (Credit: Selina Tisler).“These chemical fingerprinting methods provide a great opportunity for manufacturers to investigate what is migrating from the materials of unintentionally added substances or transformation products for the intentionally added,” says Christensen.

“They should be able to predict it [the migration] instead of just looking for very specific regulated compounds.”

Unknown toxicity
The researchers have not yet identified a large portion of the unknown substances , but even of the identified chemicals, a toxicity of at least 70% remains unknown.

Photo-initiators are among the toxic substances in the water, which the researchers say is “worrying.” These are known to have potentially harmful effects on health in organisms, such as being endocrine disruptors and carcinogens.

Furthermore, the researchers found a variety of plastic softeners, antioxidants and release agents used in the manufacture of the plastic, as well as diethyltoluamide, commonly known as the active substance in mosquito spray.

The researchers suspect that bottle manufacturers only add a small proportion of the substances found intentionally. The majority have inadvertently occurred either during the production process or during use, where substances may have been converted from other substances. 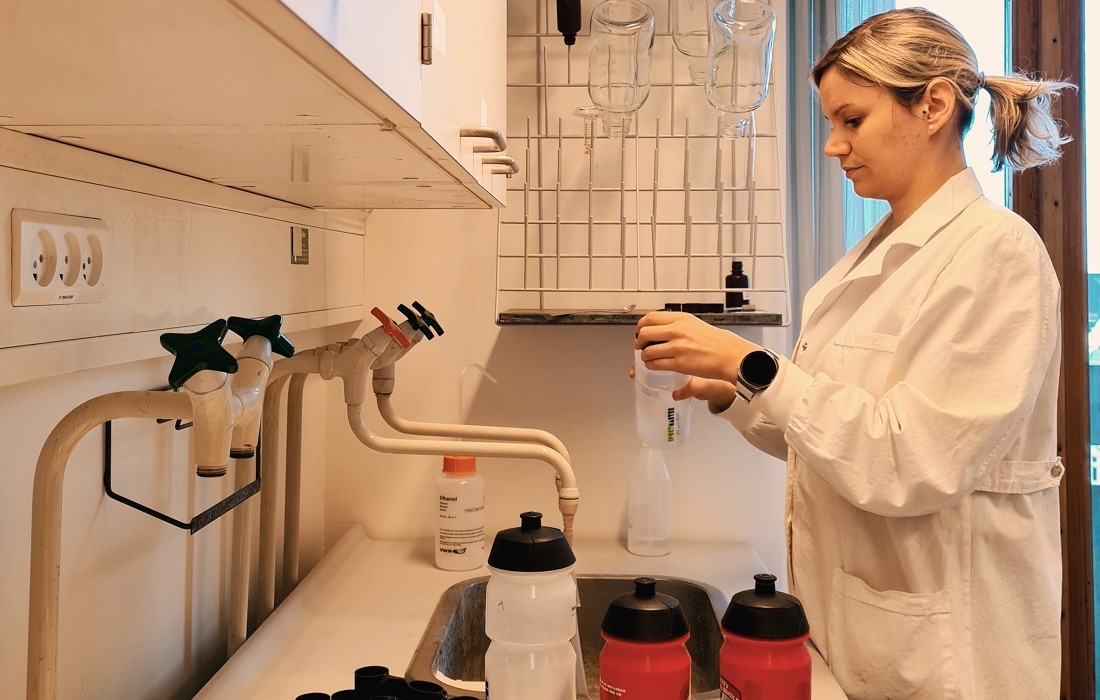 Selina Tisler in the lab (Credit: University of Copenhagen).Despite rising calls for packaging reuse as a means to combat material waste and associated climate change, dishwashing plastic bottles in this way is rarely a technique used by industry or consumers.

“We cannot say something general about what the relevance of our study is when it comes to reusing as we have not tested it,” says Christenson. “However, for this specific kind of plastic bottles, we would expect that some of the compounds would still be in the reused plastic, but again it has to be tested.”

There are many limitations to the study, Christenson concedes. “We only investigated three types of bottles and only a few conditions (before dishwater, after dishwater and after careful washing with water).

“Further research needs to quantify the compounds, tests with different types of bottles, different conditions, as well as toxicity tests to see if there is an acute or chronic risk for the consumer,” she concludes.

Carbios has validated the final stage of its CE-PET research project, which lasted four years, and confirmed an enzymatic PET recycling process at the pilot stage to... Read More

Study authors explain that the flavor of milk has changed over time due, in part, to changes in the packaging used to transport milk to the consumer. Light oxidation... Read More

Australia’s National Waste Policy Action Plan sets targets of recycling or reusing 80% of the country’s waste by 2030. The plan covers all forms of waste... Read More