You are in : All News > Cut plastics to combat Putin: EU energy independence strategy must target packaging, finds report 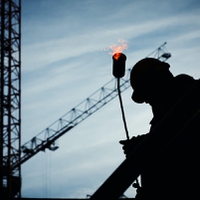 05 Oct 2022 --- Using less plastic could free up needed energy for industrial and domestic use during the conflict with Russia, according to a report by Break Free From Plastic (BFFP) and the Center for International Environmental Law (CIEL). The report, titled “Winter is Coming: Plastic has to go,” highlights the urgency of advancing energy security by making cuts to plastics and petrochemical industries.

The organizations argue that Russia’s war on Ukraine has revealed the EU’s dependence on Russian oil and gas, leading to a crippled state of affairs in the union in terms of energy supply ahead of the winter season. The effects of this dependence can be minimized if the energy consumption by plastic production is diverted by reducing output, they claim.

“As the European public faces growing and well-justified demands to curtail oil and gas use, the massive share of these resources being used to produce plastic products, with lifetimes of mere minutes to a few months, demands serious scrutiny,” Delphine Lévi Alvarès, European coordinator of the BFFP movement tells PackagingInsights.

According to Alvarès, moving away from plastics and petrochemicals – and from fossil fuels altogether – would not only help prevent war and armed conflict, but it would also help protect citizens from escalating energy and food prices, in Europe and beyond. “The two-fold approach is a way to tackle the climate, energy and plastics crises at the same time.”

The EU, which sources nearly 40% of its gas and over 20% of its oil from Russia, can advance energy security by making cuts to these energy intensive industries.“Addicted to fossil fuels”
The report is based on calculations by Eurostat data from the EU Energy Balance. The analysis utilizes EU ProdCom data to calculate how much energy sub-activities are used in each member state and to adjust the broader defined energy balance data. Data on EU virgin plastic production numbers were taken directly from industry data published by Plastics Europe.

“An EU industry of the future cannot remain this addicted to fossil fuels. For us, the only way forward is reducing, reusing and recycling.”

• Plastic production is the most energy- and feedstock-intensive of the petrochemicals industry’s processes. Plastic packaging alone accounts for 40% of the end market for plastic products in the EU, about as much as Hungary’s final gas and Sweden and Denmark’s combined oil consumption in 2020.

• In the EU in 2020, 38% of the gas and 22% of the oil came from Russia, making the energy-intensive petrochemical industry significantly reliant on Russian fossil fuels.

• Together, Belgium, Germany, Spain, France, Italy, the Netherlands and Poland are responsible for 75% of oil and 81% of final gas consumption and 77% of all plastic packaging waste in the EU.The report details prevention and reuse policy recommendations for the EU to reduce fossil fuel use for petrochemical and plastic production.

Cold showers or industry redirection?
The BFFP and CIEL report comes amid an ongoing EU crackdown to enforce stringent policies to curb energy use.

In its directive dated July 20, the European Commission proposed legislative tools that focused on all consumers, public administrations, households, owners of public buildings, power suppliers and industries to take measures to save gas.

Among other recommendations, member states could mandate a targeted lowering of heating and cooling buildings operated by public authorities.

Alvarès says: “Even as governments demand action – and adaptation – from individual citizens, they are asking for far less from industry sectors that consume the lion’s share of fossil feedstock and energy and have the greatest potential to reduce both. The case of petrochemicals and plastics is emblematic of this problem.”

“There are opportunities for Europe to cut its fossil fuel consumption, starting with challenging unnecessary use for fossil fuels, such as plastic packaging items for which reusable options or alternative delivery systems exist.”

“A drastic reduction in non-essential items (such as single-use plastic products and packaging) and a quick switch to renewable energy are the only feasible options if the goals of the Paris Agreement, the EU Green Deal [binding climate targets to keep global warming under 1.5°C] and the ambition of the yet-to-be negotiated Global Plastics Treaty are to be achieved,” concludes Alvarès.

As the annual World Economic Forum (WEF) is underway in Davos, Switzerland, a report by impact organization Circle Economy and services company Deloitte is calling for a... Read More

Zero Waste Europe’s (ZWE) “New Energy For Europe” manifesto calls on the need for building a new European project based on well-being, sufficiency and... Read More