You are in : All News > Toraphene harnesses Nobel Prize-winning graphene for cost-effective compostable bioplastic 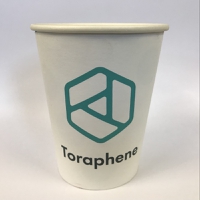 07 Dec 2020 --- UK start-up Toraphene has created what it describes as an economically viable biopolymer capable of replacing fossil-based plastics.

The material, eponymously named Toraphene, is fully ocean degradable, compostable and “significantly stronger” than any other plastic alternative.

Toraphene’s key ingredient graphene – a Nobel Prize-winning material – is stronger than diamond at the molecular level.

Gaute Juliussen, founder and CEO of the company, tells PackagingInsights about the invention ten years in the making.

“To create Toraphene, we have combined the most advanced material ever discovered, graphene, with natural polymers such as cellulose from trees and plants, starch from grains and sugarcane, alginate from seaweed, bacteria grown from landfill material, or methane gas from compost.”

“This is a unique composite material with the same properties of plastic, but non-toxic, can be beneficially consumed by essential microorganisms (biodegradable under natural conditions), and is commercially-viable.”

Adding graphene to natural polymers makes Toraphene exceptionally strong.An independent Life Cycle Assessment has been completed and peer-reviewed for most materials used by the company, Juliussen says. One example is polylactic acid (PLA), for which a 75 percent reduction in carbon footprint was recorded compared to traditional plastics.

Toraphene is currently in the final days of a crowdfunding campaign that has generated over US$1.1 million.

A commercially viable plastic alternative
Perhaps the most important aspect of the invention is its economic viability. While other bioplastics have boasted environmental sustainability credentials, high costs continue to constrain potential in replacing virgin plastics.

“Bioplastics very generally cost three times the price of plastics due to the current lack of the scale economics of production at this time. We expect this to rapidly improve compared to plastic over the next few years,” explains Juliussen.

“Toraphene sits on the lower end of biopolymers in terms of cost, so it is only around twice the price of plastic. This is because the graphene adds so much strength while increasing the barrier and protective abilities of packaging so that we can reduce the amount of biopolymers needed.”

Toraphene carrier bags are available to order at £500 (US$664) for 9,000 units. Coffee cups and takeaway boxes will be on the market soon.

The company is in talks with many major brands and retailers, Juliussen says, most of which are currently under non-disclosure agreements. 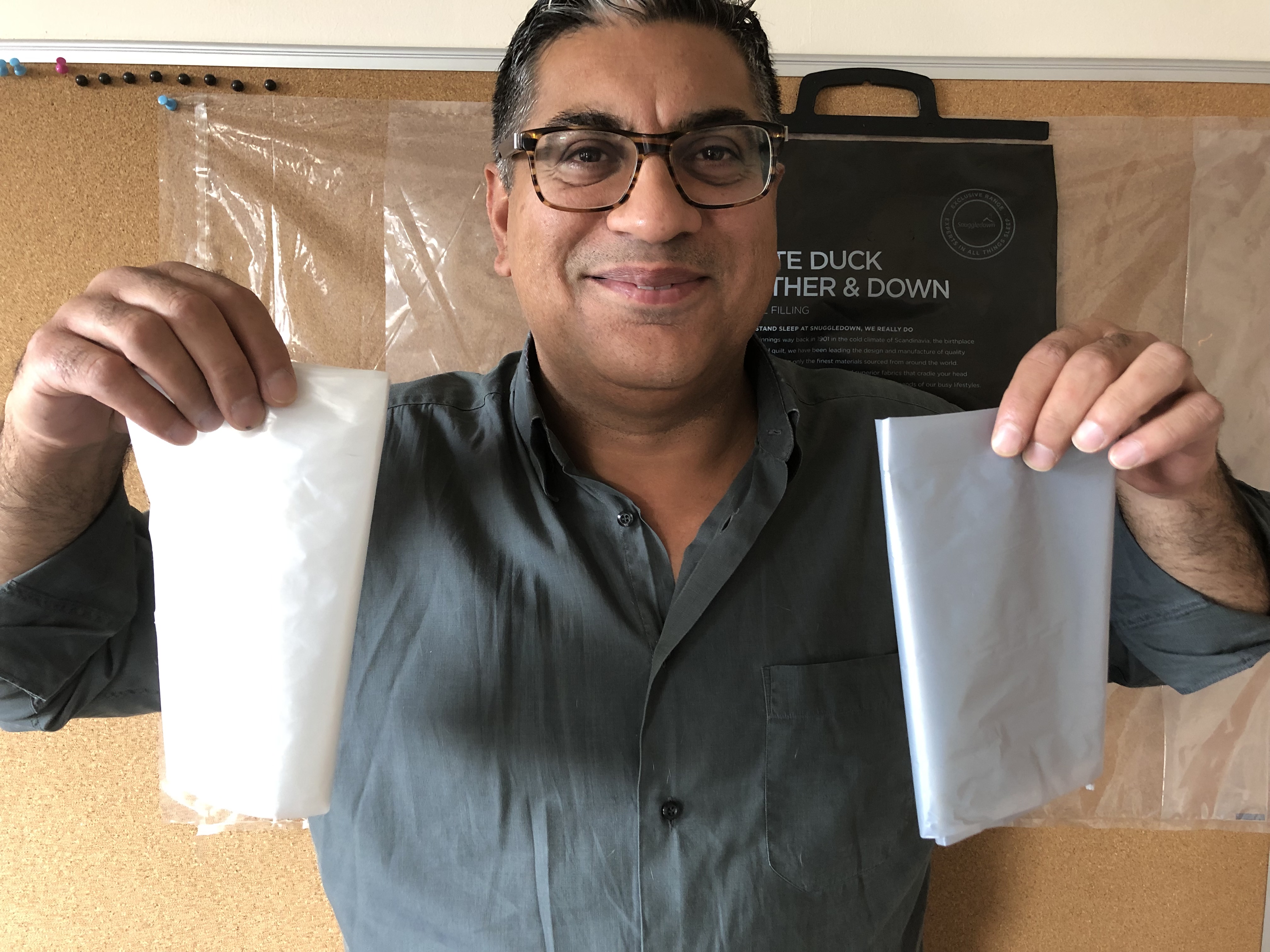 Toraphene integration manager Kamran Chughtai holding up one bag of Toraphene and another of a virgin biopolymer.

“I can tell you that the 15 largest companies we are in talks with represent 760,000 employees and US$208 billion in annual revenues. Seven of them are European and six of them are US-based, but five of those have global operations.”

Ten years in the making
uliussen notes the technical challenges in creating Toraphene were “immense” and required the input of a range of experts.

“It is difficult to comment much on the technology without risking destroying the value that our shareholders have invested their savings into,” he says.

“However, what I can say is that we have developed a unique, non-toxic, non-polluting production method that works with the natural structure of the material and is sustainable across the entire production chain and scalable to huge commercial volumes.”

“It has taken since 2011 to develop our core technology, much of which was purchased from UK company Graphitene in return for shares in Toraphene. Hence, Graphitene is a major shareholder in Toraphene.”

Graphene the “wonder material”
The inventors of graphene won the Nobel Prize for chemistry in 2010. Juliessen hails the material as a revolutionary innovation.

Graphene seen through a Scanning Electron Microscope.“Graphene is a natural crystal of carbon. As one of the great discoveries of this century, it is hailed as a wonder material with the potential to revolutionize many industries.”

“Graphene is 200 times stronger than steel, lighter than aluminum, 25 percent stretchable, impenetrable by any other molecule, and is thinner and more conductive than any other material.”

In the simplest terms, graphene is carbon arranged in a hexagonal structure, Juliussen explains.

“Our graphene is produced with the lowest greenhouse gas footprint in the industry and, because the concentration is so low, the largest contributor in Toraphene is by far the biopolymers.”

Packaging to fertilizer
One of Toraphene’s main selling points is its ocean degradability. The company is using its innovations to draw attention to the problem of ocean plastic pollution.

It is estimated by 2050 there will be more plastic than fish in the ocean, the company echoes, which is killing wildlife and poisoning food supplies throughout the world.

The solution, says the company, is sustaining ecological circularity and decreasing dependency on conventional recycling.

“Recycling doesn’t work,” stresses Juliussen. “The recycling process involves toxic additives that make recycled plastics even worse for our oceans and food chain than non-recycled plastics. The added toxicity that happens to every recycle means that after a few re-recycles the recycled plastic must be disposed of anyway.”

“Given the failure of recycling, there is only really one remaining actually sustainable economic model. That is the re-use of resources, even seemingly indirectly, for instance, as fertilizer,” he underscores.

“The idea is basically that everything is put back into the system from which it once came so that ultimately nothing is wasted.”

The Composting Consortium, a collaboration of industry partners managed by Closed Loop Partners, announced the launch of its Compostable Packaging Degradation Pilot. The... Read More