You are in : All News > BP Infinia: Energy giant eyes full-scale commercialization of chemical recycling technology with US pilot plant 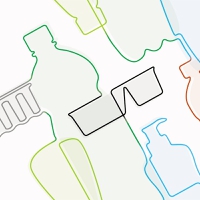 15 Nov 2019 --- British multinational oil and gas company BP has developed an enhanced recycling technology, BP Infinia, that enables currently unrecyclable polyethylene terephthalate (PET) plastic waste to be diverted from landfill or incineration and instead transformed back into virgin-quality feedstocks. BP plans to construct a US$25 million pilot plant in the US in 2020 to “prove the technology,” before progressing to full-scale commercialization. At scale, the technology may offer the potential to divert billions of colored PET bottles and food trays from landfill and incineration.

The technology aims to purify these “building blocks” monomers into recycled purified terephthalic acid (rPTA) and recycled monoethylene glycol (rMEG), which would then be interchangeable with those produced from traditional hydrocarbon feedstocks. The recycled feedstocks could then be used to manufacture high-performance polyester for packaging, clothing and industrial fiber products and applications.

“We see our Infinia technology as a game-changer for the recycling of PET plastics. It is an important stepping stone in enabling a stronger circular economy in the polyester industry and helping to reduce unmanaged plastic waste,” notes Tufan Erginbilgic, Chief Executive Downstream for BP.

PET is the most commonly used plastic for beverage and rigid food packaging. Around 27 million metric tons of PET a year are used in these applications globally, with the majority – around 23 million metric tons – used in bottles, according to Wood MacKenzie Chemicals Data, based on estimates for 2019.

Although PET is one of the most widely recycled types of plastic, less than 60 percent of the PET used for bottles is collected for recycling and only 6 percent of the total makes it back into new bottles, BP estimates based on Wood MacKenzie Chemicals Data. The rest is either “downcycled,” where products are recycled and reused once before turning into waste, or destined for landfill and incineration.

A “game-changing” technology
BP Infinia technology is designed to turn difficult-to-recycle PET plastic waste – such as black food trays and colored bottles – into recycled feedstocks that are interchangeable with those made from traditional hydrocarbon sources.

These recycled feedstocks can then be used to make new PET packaging that may be recycled again and again. This could reduce the need for downcycling and divert plastic waste from landfill and incineration.

“BP is committed to fully developing and commercializing this technology. We have long experience and a proven track record of scaling technology and we firmly believe that this innovation can ultimately contribute to making all types of polyester waste infinitely recyclable,” adds Charles Damianides, Vice President of Petrochemicals Technology, Licensing and Business Development for BP.

BP’s new pilot plant is planned to be located at its research and development hub in Naperville, Illinois, US. It is expected to be operational in late 2020 “to prove the technology on a continuous basis.”

Chemical recycling: A circular boost
BP sees the potential to develop multiple full-scale commercial plants using this technology around the world. If deployed at scale in several facilities, BP estimates that the technology has the potential to prevent billions of PET bottles and trays from ending up in landfill or incineration every year.

Over the past five decades, BP has built and operated purified terephthalic acid (PTA) units globally. BP has continually reduced the conversion costs of its existing PTA assets since the early 2000s by applying enhanced technology and “lessons learned” across its global PTA network. It has licensed its proprietary technology, which has gone through multiple generational upgrades, since 2012.

Through more than five decades of PTA experience, BP has continued to improve its manufacturing process, which is now substantially more energy efficient, uses less water and produces less solid waste, meaning it emits fewer greenhouse gas emissions than the manufacturing process for conventional PTA technology of the 1990s, according to BP internal analysis conducted in 2016.

The purification process is a critical step in PTA manufacturing and it is essential in ensuring recycled PTA can be produced at the quantity and quality required for PET rigid food and drink packaging applications.

In other chemical recycling news, the ChemCycling project involving Südpack, Zott, BASF and Borealis continues to progress. It has resulted in the development of a prototype Zott Gourmet Dairy flexible pack made from 100 percent recycled plastic.

More recently, Henkel has produced bottles using 100 percent chemically recycled plastic for the first time in collaboration with packaging manufacturer Alpla. Part of the ChemCycling project led by chemical producer BASF, Henkel will use the bottles as a pilot project for its Perwoll detergents.

06 Jul 2020 --- A multi-stakeholder platform connecting the European glass packaging ecosystem has launched with the ambition to achieve 90 percent glass collection by 2030. The... Read More