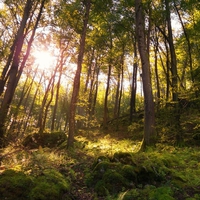 29 Aug 2019 --- Tetra Pak has announced its delivery of more than 500 billion packages labeled with the Forest Stewardship Council (FSC) logo, marking a milestone in the company’s ambition to promote responsible sourcing and contributing to a low-carbon circular economy.

“Our 500 billion FSC-labelled packs milestone refers to all packages. There is no distinction made between bio-based and non-bio-based packs for FSC-labelling as the bio-based element refers to plastic content derived from plants rather than the sourcing of the paperboard content,” a spokesperson of Tetra Pak tells PackagingInsights.

As a global certification standard for forest management, the FSC logo distinguishes brands that have committed to sustainable forestry, with 30 percent of global consumers having seen or heard of the FSC label, according to Tetra Pak.

With the launch of the world’s first FSC-certified Tetra Pak package with J Sainsbury in 2007, the number of cartons bearing the FSC logo increased steadily each year, accelerating in the last three years, the company notes. “The environment is top of mind for consumers and is expected to be an even more relevant topic in the years ahead,” states the brand. 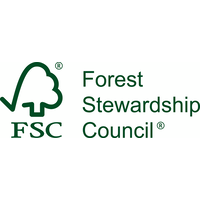 As part of its strategic priorities, Tetra Pak expresses the long-term ambition to deliver all packages with the FSC label. “Responsible sourcing is a growing area of synergy with our customers,” notes Igor Popovic, Global Account Director PepsiCo at Tetra Pak. “We set a roadmap towards 100 percent FSC-certified volumes with PepsiCo that we have completed earlier this year. These actions allow both companies to contribute to sustainable forest management and actively engage consumers in this journey.”

Tetra Pak has been granted FSC Chain of Custody certification for all its operations. “Climate change and resource scarcity is impacting society and the food industry,” adds Mario Abreu, VP of Sustainability at Tetra Pak. “FSC directly supports the sustainable forest management target under Sustainable Development Goal 15, while also contributing to targets under 14 other SDGs. Going forward we will ensure every supplier is committed to increase and maintain FSC certified volumes above 70 percent.”

“We will be spending approximately 100 million euros per year for the next five years on developing alternative solutions to on-pack plastic straws, such as paper straws, tethered caps and other drink-from systems, in line with our strategy to build a fully plant-based package to contribute to a low-carbon circular economy. We are already making progress against this ambition, having recently launched our paper straw in Europe. We recognize that this is of utmost importance and as such we are prepared to make all necessary investments,” notes the spokesperson.

Sustainability efforts
In line with burgeoning sustainability trends, Tetra Pak has launched related NPD. In July, Tetra Pak became “the first carton packaging company” to launch paper straws in Europe, in a move that brings the supplier a step closer to delivering an entirely plant-based carton package. Made from FSC-certified paper and recyclable with the rest of the package, the new paper straw will be available initially for two small size carton packages commonly used for dairy and beverage products for children: Tetra Brik Aseptic 200 Base and Tetra Brik Aseptic 200 Base Crystal.

In June, Tetra Pak has announced that HelloFresh, a global meal kit service provider, has selected the Tetra Recart carton package for use in European markets for its environmentally-friendly offering. Implemented by HelloFresh in the US market since 2017, Tetra Recart is said to pose an 80 percent lower carbon footprint and offers significant weight and space savings of up to 40 percent due to its box shape, in comparison to tin cans and glass jars.