You are in : All News > A bag of lies? UK study reveals environmental truth about “biodegradable” high street bags 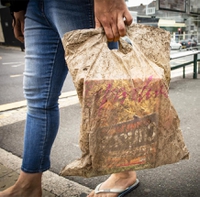 02 May 2019 --- A UK study has found that biodegradable and compostable plastic bags are still capable of carrying full loads of shopping after being exposed to the natural environment for three years. The study, conducted by Imogen E. Napper and Richard C. Thompson of the University of Plymouth, UK, aimed to provide insights into the environmental deterioration of plastic carrier bags made from different polymer types under littering conditions.

European Bioplastics (EUBP) has responded by stressing that only one of the five bags tested is actually certified as “compostable” by EU standards and, while this bag did prove to degrade far more effectively than conventional plastic bags, it is ultimately designed for industrial composting. EUBP went on to clarify that the bag marketed as “biodegradable” in the study has never received certification that it is actually biodegradable.

The researchers from the University of Plymouth examined the degradation of five plastic bag materials widely available from high street retailers in the UK. They were then left exposed to air, soil and sea environments, which they could potentially encounter if discarded as litter.

The bags were monitored at regular intervals, and deterioration was considered in terms of visible loss in surface area and disintegration as well as assessments of more subtle changes in tensile strength, surface texture and chemical structure.

After nine months in the open air, all the materials had completely disintegrated into fragments. However, the biodegradable, oxo-biodegradable and conventional plastic formulations remained functional as carrier bags after being in the soil or the marine environment for over three years.

The compostable bag completely disappeared from the experimental test rig in the marine environment within three months but, while showing some signs of deterioration, was still present in soil after 27 months.

Writing in Environmental Science and Technology, researchers from the University’s International Marine Litter Research Unit say the study poses a number of questions. The most pertinent is whether biodegradable formulations can be relied upon to offer a sufficiently advanced rate of degradation to offer any realistic solution to the problem of plastic litter.

“After three years, I was really amazed that any of the bags could still hold a load of shopping,” says Imogen Napper, who led the study as part of her Ph.D. “For a biodegradable bag to be able to do that was the most surprising. When you see something labeled in that way, I think you automatically assume it will degrade more quickly than conventional bags. But, after three years at least, our research shows that might not be the case.”

EUBP: Study epitomizes need for correct labeling
The five bags selected for the study comprised two oxo-degradable bags, one fossil non-biodegradable polyethylene bag, one bag marketed as – but not proven to be – “biodegradable,” and only one product certified compostable according to the European Norm 13432. 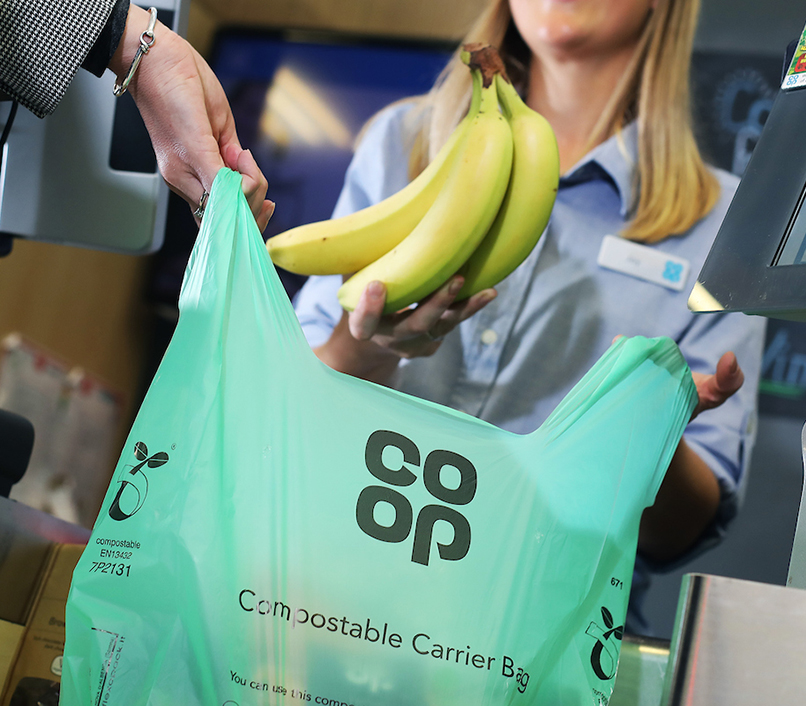 Click to EnlargeThe compostable bag completely disappeared from the experimental test rig in the marine environment within three months.According to EUBP, the bag defined as “biodegradable” was labeled as such according to the standard ISO 14855, which is not a standard on biodegradation but merely specifies a “method for the determination of the ultimate aerobic biodegradability of plastics, based on organic compounds, under controlled conditions.”

Therefore, the association indicates that the study actually highlights the importance of correct labeling and certification and reinforces what the EU Commission already did with the Single-use Plastic Directive, where oxo-degradable plastics have been extensively researched by the European Commission and subsequently banned.

Hasso von Pogrell, EUBP Managing Director, tells PackagingInsights that there is still confusion and, unfortunately, many misconceptions around the topic of bioplastics and the different end-of-life solutions.

“The demand for transparent and simple to understand information is high, especially for complex products such as bioplastics. Breaking down complex properties and expert language into easily understandable claims is a challenge – particularly in the face of international standards, which establish strict guidelines for environmental communication,” he explains.

Von Pogrell believes that as long as it is not mandatory to back-up a claim of biodegradability with a certification that clearly demonstrates biodegradability in a certain environment based on a standard with pass-fail criteria, many producers are incentivized to “greenwash” their products by labeling them as “biodegradable.”

“This practice, unfortunately, has generated negative effects, including for truly biodegradable and compostable products, as false claims of biodegradability often lead to the impression that ‘biodegradable’ products do not live up to their claim in general. Therefore, informing legislators, the recycling industry and the consumers about correct labeling remains key,” Von Pogrell explains.

In the research, scientists quote a European Commission report in 2013 which suggested about 100 billion plastic bags were being issued every year, although various governments (including the UK) have since introduced levies designed to address this excessive distribution.

Many of these items have entered the marine environment, with previous studies by the University having explored their impact on coastal sediments and shown they can be broken down into microplastics by marine creatures.

Professor Richard Thompson OBE, Head of the International Marine Litter Research Unit, was involved in some of those studies and gave evidence to the Government inquiry which led to the introduction of the 5p levy. “This research raises a number of questions about what the public might expect when they see something labeled as biodegradable,” he comments.

“We demonstrate here that the materials tested did not present any consistent, reliable and relevant advantage in the context of marine litter. It concerns me that these novel materials also present challenges in recycling. Our study emphasizes the need for standards relating to degradable materials, clearly outlining the appropriate disposal pathway and rates of degradation that can be expected,” he explains.

EUBP: Industry needs more industrial composting facilities
EUBP insists on the importance of a sound and well-functioning, source-separated waste collection as one of the essential measures to fight plastic pollution. All types of waste should find their way to appropriate and controlled forms of waste management and recycling. For certified compostable packaging, this is an industrial composting facility. Von Pogrell does, however, believe that there is a need for further development of the industrial composting infrastructure in many countries.Click to EnlargeProducers are incentivized to “greenwash” their products by labeling them as “biodegradable” when they are not certified to EU standards, says EUBP.

“There have been some legislative initiatives that should support the development of the infrastructure. For instance, the revised Waste Framework Directive allows biodegradable and compostable packaging to be collected together with the bio-waste and recycled in industrial composting and anaerobic digestion, which has already successfully been implemented in several EU Member States. By 2023, separate collection of bio-waste is set to be mandatory throughout Europe,” he tells PackagingInsights.

For compostable plastic products, i.e., materials certified according to EN 13432, industrial composting and anaerobic digestion (AD) are the appropriate ways of (organic) recycling, according to EUBP. Compostable biowaste collection bags have the added benefit of easing the pre-sorting in households and thus diverting biowaste from landfill into organic waste recovery systems.

This means that they help to keep considerable quantities of waste out of landfill and inside the recovery and reuse loop. Therefore, mechanical and organic recycling of bioplastics should be supported. Incineration combined with energy recovery is, in the absence of organic recycling facilities, also an acceptable end-of-life option, generating partly renewable energy. In the case of bio-based plastics, the material carbon loop is closed as the carbon dioxide taken from the atmosphere to produce the raw material is released again at the end of its product life during incineration.

“Contrary to what the headlines of some newspaper reports picking up the [University of Plymouth study] findings suggest, the study confirms that only certified biodegradable and compostable bags – designed to be collected with the bio-waste and organically recycled in dedicated composting plants – even if mistakenly littered in the environment due to bad habits, have a reduced environmental impact,” notes François de Bie, Chairman of EUBP.

“While no plastic bag should end up in the environment, period,” he adds, “at least it is clear that certified compostable ones will not need decades to degrade, as conventional plastic bags do.”

Beyond the Bag Challenge winners put to the test at CVS Health, Target and Walmart

26 Jul 2021 --- Alpla is reinforcing its research into fossil-based plastic alternatives by acquiring a minority stake in Slovak company Panara. Panara specializes in the... Read More

02 Jul 2021 --- KHS has released its fourth sustainability report, presenting both its activities and results for 2019 and 2020 regarding strategy and product responsibility,... Read More