12 Feb 2020 --- Asahi Soft Drinks has begun using KHS’s InnoPET Blomax Series V stretch blow molder for the Japanese bottler’s Rokko No Mizu still water brand. The new Series V now produces 0,6 L to-go bottles and large 2 L receptacles of still Rokko mineral water, with a total of around 200 million containers a year manufactured on the KHS system. With its business focus set on “sustainability, efficiency and state-of-the-art technology,” Asahi attests that it has reduced its energy consumption by up to 40 percent since using the Blomax Series V.

“Saving energy in the interest of the environment and the demand for product quality are of particular importance to Japanese companies,” says Matthias Gernhuber, Head of Area Sales and Product Management for Asia-Pacific at KHS.

Click to EnlargeAsahi's Rokko mineral water brand was established in 2010.With the new Double Gate heating concept (DoGa) based on tried-and-tested, near-infrared (NIR) heating technology, the Series V can substantially save in energy costs. Meanwhile, it takes up a minimum amount of space compared to single-lane stretch blow molders of the same capacity, while guaranteeing a safe and gentle preform transfer.

With six to 36 blowing stations, the modular machine concept can manufacture up to 2,800 containers per hour and blow station. It can be used to bottle water, soft drinks, beer or sensitive products.

“We’ve built up a trusting relationship with KHS over many years. At no time have we regretted investing in the new series,” the Japanese bottling company affirms. In order to keep up with its rate of growth, Asahi recently announced that plans for a second stretch blow molder from the new series are already underway. 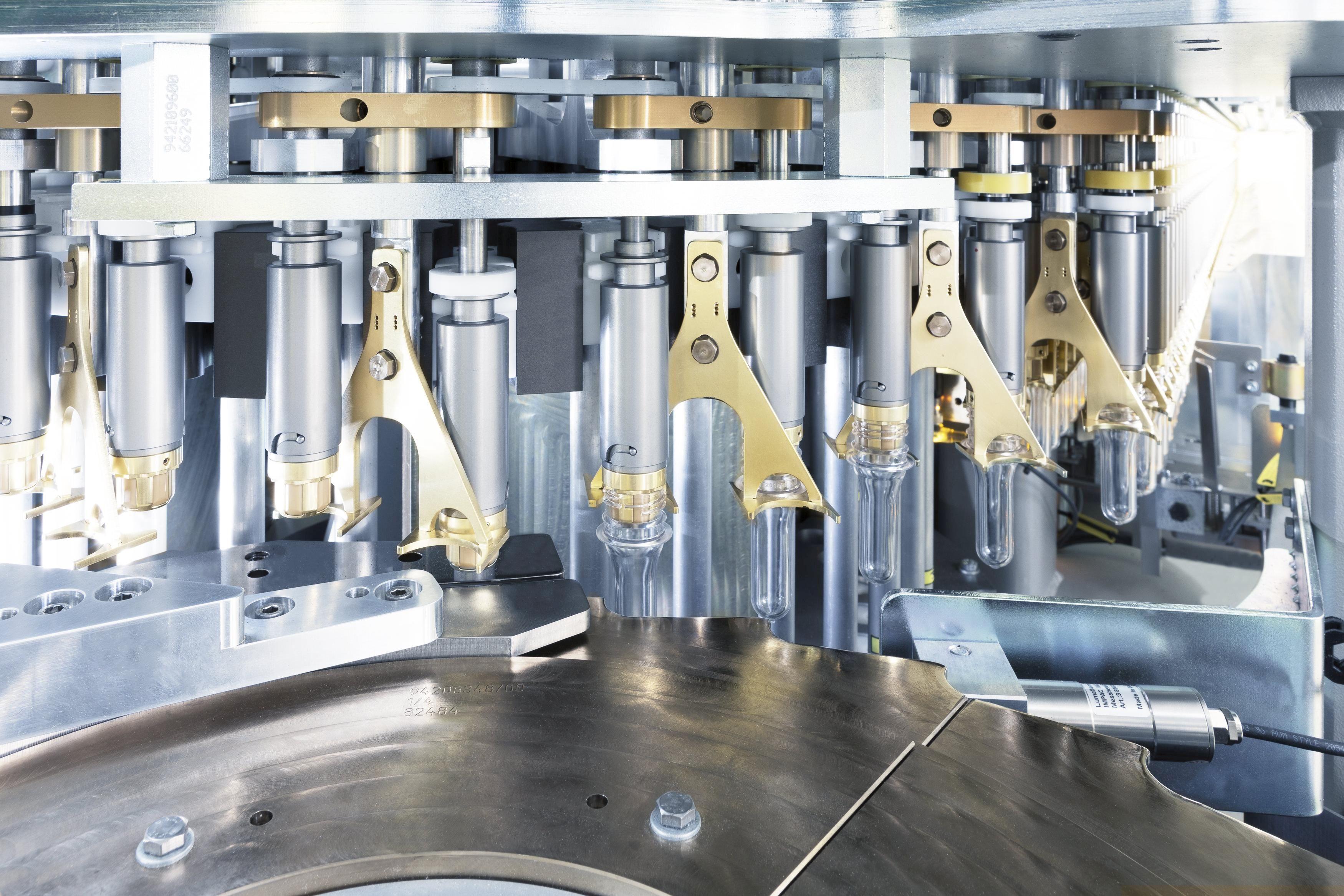 Click to EnlargeThe DoGa helps save up to 40 percent in energy costs.Building a brand
Today, Rokko mineral water is filled in PET bottles to also meet consumer demand for a simple, safe and recyclable container. KHS previously used its stretch blow molder in collaboration with a Berlin start-up to bottle its water in PET bottles made of 100 percent recyclate, becoming the first German beverage producer to do so.

With over eight production sites, Asahi Soft Drinks offers a wide selection of products from ciders and teas through milk beverages to still and carbonated mineral waters. The company bottles its ‘Rokko No Mizu’ water at the location of the same name, approximately 30 km from Kōbe and Osaka.

19 Mar 2020 --- Alpla Group has developed a 1 L reusable and refillable PET bottle in partnership with bottling and packaging systems company KHS. In a bid to reduce the... Read More

22 Nov 2019 --- This week in packaging news, Heineken teamed up with KHS to create its largest Heineken site worldwide in Mexico. The production facility is one of the biggest... Read More