You are in : All News > Bioplastic two in one: Neste and LyondellBasell achieve commercial-scale parallel production rollout 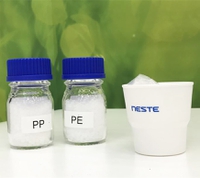 21 Jun 2019 --- A Neste and LyondellBasell collaboration has achieved an “industry-first” parallel production of bio-based polypropylene and bio-based low-density polyethylene on a commercial scale. The joint project used Neste’s renewable hydrocarbons derived from sustainable bio-based raw materials, such as waste and residue oils.

Neste is the world’s largest producer of renewable diesel from waste and residues, and LyondellBasell is one of the largest plastics, chemicals and refining companies in the world.

Dr. Lars Börger, Vice President Brand Owner Management for Neste and Andreas Anker, Senior Manager, Corporate Communications for LyondellBasell, describe several reasons why, previously, it was difficult to achieve parallel production of bio-based polypropylene and bio-based low-density polyethylene at a commercial scale. They share how they managed to overcome these obstacles with PackagingInsights.

“The project succeeded thanks to the overall concept of utilizing existing infrastructures for the steam cracker and polymerization units, while also exchanging the feedstock to a renewable alternative. The latter is based on Neste's NEXBTL technology,” says Börger.

“The flexibility and size of our Wesseling site, which is LyondellBasell’s largest production site in Europe, has made this possible. With two crackers and a multitude of polymer production units, the site was flexible enough to handle this renewable feedstock. The biggest challenge was to align production schedules for the grades to be produced on multiple assets,” adds Anker.

“It is also an operational and logistical effort to create drop-in solutions with segregated streams so that we have truly bio-based polyolefins,” notes Börger.

The partnership successfully produced several thousand tons of bio-based plastics which are approved for the production of food packaging. The bio-based plastics are being marketed under “Circulen” and “Circulen Plus,” the new family of LyondellBasell circular economy product brands.

The “Circulen” and “Circulen Plus” products created in the initial production run are now available to the global market.

LyondellBasell sold some of the renewable products produced in the trial to multiple customers, one of which is Cofresco, a company of the Melitta Group and with brands like Toppits and Albal, one of Europe’s leading suppliers of branded products in the field of household film. Cofresco plans to use the Circulen Plus bio-based polyethylene to create sustainable food packaging materials.

In general, Börger feels that the plastics industry’s transition towards renewable material is still in its infancy. The popularization of renewable raw materials into production processes will require effective cooperation across the entire value chain, he says.

The renewable raw materials used in the joint project consisted of Neste's 100 percent renewable hydrocarbons which are produced with its proprietary NEXBTL technology from waste and residue oils and fats.

The beauty, says Börger, is that these waste and residue oils are completely transformed into high-quality raw material for plastics production and approved for the production of food packaging.

In addition to bio-polymers LyondellBasell addresses the demand for circular products through its Joint Venture QCP, which produces plastics from post-consumer waste by mechanical recycling.

“Another path we are working on is molecular – or chemical – recycling. It means the chemical degradation of plastic waste into simpler molecules can be used as feedstock for crackers for the production of monomers and, eventually, new plastics,” Anker says.

“With our collaboration with the Karlsruhe Institute of Technology (KIT), we have seen positive initial results indicating that this technology works on a small scale,” he adds.

Meanwhile, Neste has already made a significant impact on the transport and fuels sector and now aims to have a similar, transformative impact in the polymers and chemicals sectors.

“This collaborative production of bio-based polypropylene and bio-based polyethylene on a commercial scale marks the beginning of what we wish to achieve together with other industry players and sustainable brands,” Börger concludes.

28 May 2020 --- A new survey by Smurfit Kappa is providing insights into how “Conscious Consumerism” continues to drive the need for UK organizations to embed... Read More