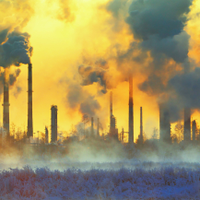 22 Jun 2021 --- FMCG giants such as PepsiCo, Unilever and P&G are investing in and prioritizing false solutions to the plastic waste crisis that will allow “business as usual” once single-use plastics bans take effect, according to a report by Break Free From Plastics (BFFP).

Speaking to PackagingInsights, Emma Priestland, BFFP’s global corporate campaigns manager, says the NGO’s research highlights how key players in the plastics industry are creating a veneer of erroneous answers that will do “little to nothing” to reduce their plastic footprints.

Titled “Missing the Mark: Unveiling False Solutions to the Plastic Crisis,” the report also details a “lack of ambition” for genuine change and “over-prioritization” of unproven waste technologies.

“The only solutions companies should be investing in are those that reduce plastic use and find alternative ways of delivering products without reliance on single-use packaging,” Priestland says.

“Many FMCG companies are piloting reuse, but the ambition is mostly low and needs to be scaled up and made accessible for all.”

Reuse versus false solutions
The study defined “false solution projects” as those fitting into any of the four following categories:

Thirty-eight of these were unproven-at-scale technologies like advanced recycling, 85 (32.1%) were third-party collection schemes and another 85 were false narratives. A further 18 projects were classified “announced-then-nothing.” The seven major polluters in the report collectively generate over US$370 billion per year.

The company successfully replicated the bottle in “more than 10 countries” and the total number sold globally surpassed one million.

BFFP says clean-ups do nothing to prevent plastic waste from entering the environment in the first place and most ocean plastic can never be recovered because it’s too small, remote or deep.

“Beach clean-ups are mainly cosmetic, with more plastic being washed onto the beach with the next tide,” reads the report.

Only three of these projects were in countries that have the highest leakage of plastic to the ocean (China, Indonesia, Philippines, Thailand, Vietnam).

“When you see that less than 15 percent of these corporations’ plastic pollution solution projects are focused on alternative delivery methods, you have to wonder if they are serious about addressing the issue or are more focused on maintaining the status quo,” says Priestland.

“Companies need to start backing legislation that will tackle the plastic pollution crisis and work together to develop effective, accessible reuse systems.”The report targets advanced recycling technologies that it claims are not yet proven viable at scale.

Plastic offsetting unacceptable
Priestland is urging policymakers to wake up to the lack of industry initiative in tackling plastic pollution and legislate to incentivize reuse and packaging elimination.

“Policymakers also need to step in and provide a clear signal that chemical recycling and plastic offsetting schemes are in no way acceptable solutions to the plastic pollution crisis. In many cases, industry already has the answers,” she says.

“Coca-Cola’s universal bottle in Latin America is exactly the kind of thing we need to see more of. Unfortunately, these kinds of accessible, large-scale reuse programs are all too rare.”

“If companies do not take urgent and ambitious action to reduce the number of single-use plastic items they produce, they are consigning our planet to a future drowning in plastic waste.”

“Consumers know this and are increasingly voting with their wallets for low-plastic options, with more and more small companies stepping in to meet this need.”