You are in : All News > EU confirms landmark plastics ban as throwaway culture gets binned 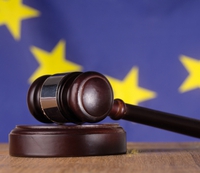 28 Mar 2019 --- The European Parliament has voted to approve a sweeping ban – The Single Use Plastics Directive (SUDP) – of the ten single-use plastics that are most commonly found on European beaches, as well as abandoned fishing gear and oxo-degradable plastics – materials that contribute to microplastic pollution. Where alternatives are readily available on the market, cotton bud sticks, cutlery, plates, straws, stirrers, sticks for balloons, as well as cups, food and beverage containers made of expanded polystyrene will be banned within two years.

The announcement comes as the global plastics industry faces both societal and economic pressures to overhaul the way it produces, designs and recycles or collects plastics. The driving force behind the initial provisional launch of the SUDP – in May last year – was combatting increasing levels of marine plastic pollution. After months of negotiations, the European Parliament and the Council of the EU reached a provisional agreement on which ten single-use plastics would be addressed in the directive in December. Now, the provisional agreement has been formally approved by the European Parliament and the Council.

Speaking to PackagingInsights about how the industry may react to the comprehensive ban, Clarissa Morawski, Managing Director at Reloop, suggests that the plastics value chain should “instead focus on new markets, which demand all the benefits of plastic, including its lightweight, durability, moldability and potentially highly recyclable if the collection system is working properly.”

“Trust me, pound for pound of resin sold; new markets can likely offer significantly more benefit that these little lightweight disposal items,” Morawski notes.Click to EnlargeThe Single Use Plastics Directive will ban the ten single-use plastics that are most commonly found on European beaches, as well as abandoned fishing gear.

The SUDP is part of the EU Plastics Strategy, which sought to lay out a European strategy for the plastic pollution crisis. It is a vast document that necessitates the engagement of members from across the entire value chain. According to European Commission (EC) estimates, only 5 percent of the value of plastic packaging material is retained in the economy; the rest is lost after a very short first-use. The annual bill accounts for between €70 and €105 billion (US$79 billion-US$121 billion).

In response to Parliament's approval, the EU-level Trade Association for European Plastics Converters (EuPC), while acknowledging the need for a clean environment and seas, still considers the legislative act and the text flawed, both on merit and on the procedural steps to hurry the overall legislative process.

“We regret the adoption of such a regulatory act, discriminating a material that has a crucial role in solving the current challenges for society globally in the decades to come. This vote will have a direct negative environmental impact and thousands of job losses all over Europe,” Alexandre Dangis, EuPC Managing Director:

“It furthermore dictates countries and people how to live and change consumption habits without focusing on what’s key, namely education and anti-littering behavior. Littering will continue but with other products. Regrettably, no proper impact assessment or LCAs have been done within the extraordinary short timeframe as EU politicians carried on the wave of fighting for a so-called good cause.“

What does the ban include?
The SUPD tackles marine litter through a set of measures, alongside its ban on the ten most pollutant single-use plastics types.

The SUDP will also introduce measures to reduce the consumption of food containers and beverage cups made of plastic and add specific marking and labeling of certain products.Click to Enlarge The SUDP is part of the EU Plastics Strategy, which sought to lay out a European strategy for the plastic pollution crisis.

Extended Producer Responsibility (EPR) schemes – which are a strategy to add all of the environmental costs associated with a product throughout its life-cycle to the market price of that product – will be applied to products such as tobacco filters and fishing gear. This means that fish companies, instead of fishing boats, will be billed for the cost of lost-nets which contribute to marine plastic, for example.

According to packaging experts at the Petcore Europe Conference 2019 in Brussels in February, this kind of collection can cost up to three times more than standard recycling collection by the ton.

“If you’re a producer, you are going to have to pay a larger share. You may have to pay at least 50 or even 100 percent. On a per ton basis, these costs are also increasing. The ton is getting more voluminous as we have as an industry shifted to lighter weight materials. Although I would say this is environmentally good, it still means that the per ton costs are driven up,” said Morawski during the conference.

A fourth condition is that the recycling targets for the industry have been upped. The target for plastic beverage bottles has been increased to 90 percent by 2029 (77 percent by 2025), including the bottle’s cap, and the target is 55 percent for other plastic packaging. Also, 25 percent of recycled plastic in PET bottles as from 2025, and 30 percent in all plastic bottles as from 2030 are part of the bill.

The industry rallied at the Petcore conference in Brussels earlier this year and proposed solutions that will streamline the process of reaching increased recycling rates. Propositions around streamlining the recycling process came from Procter & Gamble (P&G), most notably, with its watermarking technology.

What’s next?
Following this approval by the European Parliament, the Council of Ministers will finalize the formal adoption. This endorsement is to be followed by the publication of the texts in the Official Journal of the Union. The Member States will then have two years to transpose the legislation into their national law.

01 Jul 2020 --- The German Cabinet has agreed to ban the sale of single-use plastic items outlawed by the EU Single-Use Plastic Directive (SUPD) by July 3, 2021, including straws,... Read More

22 Jun 2020 --- PepsiCo is expanding its SodaStream brand into away-from-home channels with the introduction of SodaStream Professional, marketed as an eco-friendly hydration... Read More

19 Jun 2020 --- US paperboard utensils pioneer EcoTensil has brought its plastic-free single-use cutlery for food packaging to the European market. Launching ahead of the upcoming... Read More

18 May 2020 --- European environmental NGOs are amplifying their concerns regarding the consequences of failing to implement the separate collection of single-use plastic bottles... Read More