You are in : All News > Greenpeace slams Coca-Cola’s “baffling” COP27 sponsorship

All image credits: The Coca-Cola Company.

03 Oct 2022 --- The Coca-Cola Company has evoked ridicule after announcing its sponsorship of the 27th annual UN Climate Change Conference of the Parties (COP27) in partnership with Egypt’s Ministry of Foreign Affairs. The conference will take place between November 6 and 18 in Sharm-El Sheikh, Egypt.

Greenpeace USA finds it “baffling [that] the world’s biggest plastic polluter” will sponsor the event.

“This partnership with Coca-Cola negates the very objective of the climate COP. This climate meeting is called the African COP, yet corporations like Coca-Cola, working hand in hand with the fossil fuel industry, are flooding Africa with plastic,” Greenpeace USA oceans campaign director John Hocevar tells PackagingInsights.

“Coca-Cola produces 120 billion throwaway plastic bottles a year, with 99% of plastics made from fossil fuels, worsening both the plastic and climate crisis. They have yet to even acknowledge that this is a problem or explain how they will meet their climate goals without ending their plastic addiction.”

COP27
The UN conference provides a platform for governments, the private sector and civil society to discuss their role in creating solutions that help alleviate the adverse impacts of climate change.

“Through the COP27 partnership, the Coca-Cola system aims to continue exploring opportunities to build climate resilience across its business, supply chain and communities while engaging with other private sector actors, NGOs, and governments to support collective action against climate change,” says a spokesperson at Coca-Cola.

Coca-Cola aims to explore opportunities to build climate resilience across its business, supply chain and communities.

Ambassador Achraf Ibrahim, general coordinator of organizational and financial aspects of the conference, defines Coca-Cola as a provider and supporter of COP27. He highlights the role played by the international private sector in promoting environmentally sustainable business models and supporting the agreed climate goals.

However, Hocevar says: “As one of the world's largest plastic polluters and a multibillion-dollar corporation with vast resources, Coca-Cola must stop greenwashing its image. Instead, it should be more ambitious by phasing out the amount of throwaway packaging it produces and doubling its current reuse and refill target of 25% to 50% by 2030.” 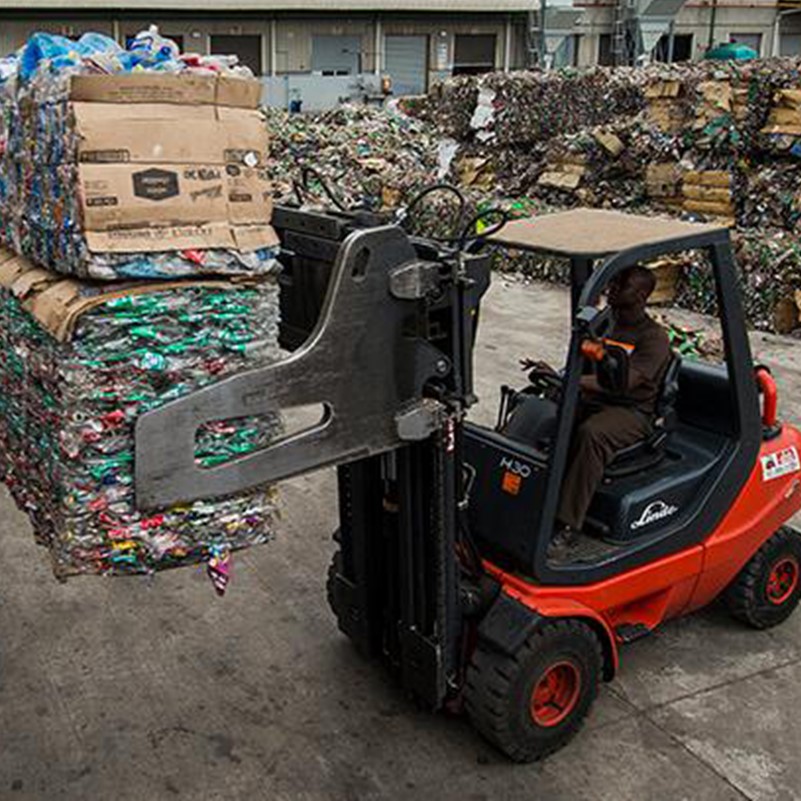 Global challenges like plastic waste cannot be solved by governments, companies, or the industry individually, says Coca-Cola's global VP for public policy and sustainability Michael Goltzman.During the signing ceremony held at the Ministry of Foreign Affairs offices in Cairo, Egypt, Coca-Cola North Africa vice president of operations Ahmed Rady emphasized: “Coca-Cola’s firm belief that working together through meaningful partnerships will create shared opportunities for communities and people around the world and in Egypt.”

He further expressed his pride that Egypt is the host country for one of the most important global events, praising the efforts made by the Egyptian government to place the issue of climate change at the top of its priorities within the framework of Egypt’s Vision 2030.

“We know that global challenges like plastic waste, water stewardship and climate change are far too great for any single government, company, or industry to solve individually,” adds Michael Goltzman, global vice president of public policy and sustainability at Coca-Cola.

“COP27 gives us an opportunity to continue engaging with experts, nonprofits, industry and governments to support actions toward sustainable change across our value chain.”

Tackling issues?
A report by the global movement #breakfreefromplastic has identified Coca-Cola as “the world’s worst corporate plastic polluter” for the fourth year in a row.

“Cutting plastic production and ending single-use plastic is in line with the goal of keeping global warming below 1.5 degrees. If Coca-Cola really wants to solve the plastic and climate crisis, it needs to turn off its plastic tap,” highlights Hocevar.

Last month, Denmark decided to pay US$13.3 million to communities struck by climate disasters in places such as Africa’s Sahel region, breaking a taboo maintained for decades by the world’s richest countries.

Last week, a draft negotiation plan revealed that the EU won’t back developing countries’ demands for a new fund to be created at the COP27 UN climate talks.

The agenda behind Denmark’s move is to put pressure on the US and the EU, who are responsible for releasing large amounts of carbon dioxide into the atmosphere, says Mattias Söderberg, chief adviser at DanChurchAid, a charity that helped develop the government’s work on climate aid.

As a relatively small country, “the only way we can contribute is if we engage internationally, this is the mantra of the government.”