You are in : All News > McDonald’s under the microscope: Shareholders support urgent action on reducing plastic pollution 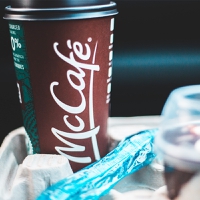 17 Jun 2022 --- Nearly half of McDonald’s shareholders, representing more than US$51 billion in market value, are supporting a resolution requesting that the company establish concrete actions to combat plastic pollution. As You Sow, the shareholder advocacy non-profit that filed the resolution, says reusable packaging systems will play a significant role if the fast-food giant is to minimize its environmental impact.

More than 206 million shares (41.9% of ownership) support the proposal. McDonald’s lags behind its corporate peers, receiving a “D-” grade in As You Sow’s Corporate Plastic Pollution Scorecard, ranking 50th in a list of the largest FMCGs on actions to prevent plastic packaging pollution.

“This high vote sends the message that McDonald’s must do much more to address the plastic pollution crisis. In response to its shareholders, we expect the company to set new goals to reduce plastic pollution, such as a commitment to use less plastic overall,” Kelly McBee, waste program coordinator at As You Sow, tells PackagingInsights.

“As the proponent of the resolution, it would be customary for McDonald’s to contact As You Sow and begin a dialogue about next steps.”

“The company should have a public statement or plan for reducing its plastic use by the end of this year; without this, the company would be seen as unresponsive to its shareholders and likely subject to another resolution filing in 2023, with likely increased public, shareholder, and media attention.”

Pew Research Center’s “Breaking the Plastic Wave” report calls on corporations to cut plastic use by one-third through elimination, reuse, refill, and new delivery systems. However, McDonald’s currently has no goal to reduce its overall use of plastic packaging.Switching from plastic to paper packaging fails to address throwaway culture, warns McBee.

Message in a reusable bottle
As You Sow says McDonald’s is “a cultivator of wasteful ‘to-go’ packaging culture,” with its single-use plastics like cold beverage cups, condiment packets, and utensils contributing heavily to “ocean-bound” plastics.

Reusables will play a significant role if McDonald’s is to pursue a circular economy while minimizing its plastic use, argues Mcbee.

“A circular economy minimizes natural resource use extraction, designs out waste, and seeks to preclude regrettable substitutes – whereby the harm associated with one material is replaced by a new harm from a different material, as would happen if McDonald’s were to merely substitute materials – such as paper for plastic – rather than focusing on designing out disposability,” she explains.

Global Commitment signatory and competitor Starbucks is launching a “Borrow A Cup” program where customers can borrow a Starbucks-provided reusable mug and return it later for sanitization and refill. By 2023, Starbucks will also facilitate customer cups for all in-store, drive-through, and mobile purchases. McDonald’s has no goal to explore reusable packaging beyond the pilot stage.To date, the fast-food giant has only piloted reusable packaging systems.

Evaluating energy consumption
Advocates for single-use packaging models in quick-service restaurants point to the net environmental impact of throwaway items versus reusable systems, which have in some cases been shown to generate higher energy consumption.

However, Mcbee says scalability is the critical factor when comparing single and reusable packaging systems.

“For every reusable package, in each unique application, there is a use threshold which, when crossed, decreases environmental impact over disposables. This has been repeatedly studied and proved true every time,” she points out.

“Part of the direction now posed to McDonald’s by its investors is to allocate the resources necessary to determine the thresholds of reuse for its operations and design a system that will meet them. This research is already being done by many of McDonald’s’ peers, including those participating in the Loop project.”Pew warns that corporations face an annual financial risk of approximately US$100 billion should governments impose EPR schemes.

Costly legislation
The seminal “Breaking the Plastic Wave” report reveals that corporations face an annual financial risk of approximately US$100 billion should governments require them to cover the waste management costs of the packaging they produce, a policy increasingly being enacted around the globe.

In May, the US State of New York introduced two new bills to combat over-packaging, poor recycling rates and litter issues, including an Extended Producer Responsibility program requiring companies like McDonald’s to pay for the cost of packaging disposal and recycling. The bill is expected to face fierce industry resistance, experts say.

According to the “Breaking the Plastic Wave” report, an estimated 11 million metric tons of plastics leak into oceans annually, and this figure is expected to grow to 24 million metric tons by 2040 unless a range of drastic remedial actions are taken.

Plastic recycling has recently been criticized for lacking efficiency due to low innovation and funding measures. Furthermore, due to insufficient global and local waste... Read More