You are in : All News > “Microplastics research failing to establish real impacts,” new investigation finds 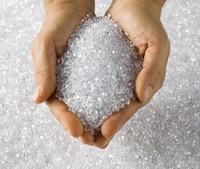 19 Oct 2018 --- A new investigation into the published literature on microplastics has found “significant gaps in our understanding of the effects” of the less than 5mm size plastic particles on the environment. The study authors Emily Burns and Alistair Boxall are calling for “better quality and more holistic monitoring studies alongside more environmentally realistic effects studies on the particle sizes and material types that are actually in the environment.” The researchers believe that regulations and controls may be overly focused on microplastics while ignoring the most polluting activities, such as small particles released from car tires.

“The main thing is that we really don't fully understand what microplastics are in the environment and at what concentrations,” Alistair Boxall tells PackagingInsights. “This is down to limitations in the methods we have for monitoring microplastics in the natural environment. (Eco)toxicity data are also not available for many of the types of materials that occur or are likely to occur in the environment. Without this information, it is really difficult to establish impacts on ecosystems and human health.”

“We need to further develop our analytical methods so we are able to detect all microplastics in rivers, oceans, sediment and soils. We also need more laboratory work to understand the formation and persistence of microplastics in the environment and then use these data alongside environmental models to understand what the level of exposure really is. This will then help inform the design and interpretation of ecotoxicological investigations,” he adds.

In the Environmental Toxicology & Chemistry analysis, the researchers noted that microplastics occur in surface water and sediments and that fragments and fibers predominate, with beads making up only a small proportion of the detected microplastic types.

Concentrations detected are orders of magnitude lower than those reported to affect feeding, reproduction, growth, tissue inflammation and mortality in organisms. The available data suggest that these materials are not causing harm to the environment, but there is a discrepancy between the particle types, size ranges, and concentrations of microparticles used in laboratory tests and those measured in the environment. Select environmental regions have also received limited attention.

“Our review actually showed that data are available on microplastic contamination for most regions of the world,” continues Boxall. “I think the problem is that the focus has been very much on the marine environment. We need more work on freshwater systems and also soil environments where exposures are likely to be higher due to the proximity of the human population.”

Boxall explains that we cannot rule out the environmental impacts of microplastics but that, based on the data he has seen, he believes they will prove to have less negative impact than pollutants we can’t see, such as pesticides, veterinary medicines and metals.

“Microparticles produced from vehicle tires certainly should be a focus of future work as these will be associated with some nasty chemicals that are emitted by transport activities,” he stressed.

The World Health Organization (WHO) recently launched an investigation into the potential human health risks of microplastics after plastic particles were found in the water products of 11 leading brands.

According to Boxall, the current evidence would suggest that any direct or indirect microplastic threats to human health are “unlikely.”

“There is, however, a lot of work that needs doing before we can confidently say this. I am hoping that our article will help to focus research efforts that are needed to answer this question,” he concludes.

As the graph above indicates, the volume of studies into microplastics has risen year on year. In September, record high levels of microplastics for the Mediterranean region were found deep in the sand where sea turtles lay their eggs by University of Exeter researchers. Read about it here.

In April, the highest amounts of microplastics ever recorded were discovered in the Arctic Sea ice. On average, 12,000 pieces of microscopic particles were detected per liter of ice across five sample locations, with the research team identifying plastic packaging and increased shipping and fishing in the Arctic as the primary causes. Read about it here.

Read more about the discussion around the potential human health implications of microplastics here.

19 Feb 2020 --- Nick Brown, Head of Sustainability at Coca-Cola European Partners (CCEP) has cautioned that swapping out plastics for other materials without addressing the... Read More

18 Feb 2020 --- Ariel is projecting to save an equivalent of 200 million virgin plastic bottles over five years through a new circular economy partnership between brand owner... Read More

18 Feb 2020 --- A team of scientists at the Imperial College of London, UK, have created what is marketed as a low-cost and effective method to measure the freshness of food within... Read More