You are in : All News > NGOs urge European Commission to deliver microplastic ban amid delay dispute 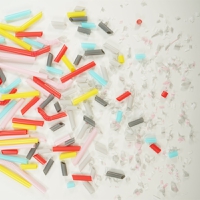 29 Nov 2021 --- Environmental NGOs have warned postponing an EU ban on microplastics by just one year could result in the equivalent of 1.6 billion plastic bottles entering the natural environment.

An EU proposal to restrict intentionally-added microplastics in products has been delayed and the wait could lead to increasingly uncontrollable rates of plastic pollution, insist the EEB (European Environmental Bureau) and ClientEarth. The NGOs argue the proposal must not be delayed further.

“The longer the delay, the more [microplastic] releases to the environment, as shown in our analysis,” Elise Vitali, EEB chemicals policy officer, tells PackagingInsights. “We now hope to see a proposal as soon as possible to ensure its approval by next year and avoid a full-year delay.”

However, an European Commission (EC) official tells PackagingInsights the microplastic regulation is scheduled for adoption in Q4 2022.

Typically smaller than 5 mm, microplastics are harmful to biodiversity and nearly impossible to clean up once released into the environment.

REACHing deadlines
The European Regulation on Registration, Evaluation, Authorisation and Restriction of Chemicals (REACH) aims to ensure a high level of protection for human and environmental health.

However, together with Rethink Plastic, the EEB affirms the EC should have presented its draft proposal in May 2021, according to the REACH legal deadlines.

“Even if the restriction is adopted by 2022, the use of microplastics on sport pitches will emit an estimated 128,000 metric tons of microplastics in the environment by 2030. In the best case scenario, they will be banned in six years,” she warns.

Ban’s origin story
The EC source explains the proposed action against intentionally-added microplastics represents the largest restriction under REACH to date, both in terms of scope and expected impacts.

The European Chemicals Agency (ECHA) submitted the final opinions of the restriction on intentionally-added microplastics by the Risk Assessment Committee (RAC) and Socio-Economic Analysis Committee (SEAC) in February 2021.

“As new elements had emerged after RAC adopted its final opinion in June 2020, the EC mandated ECHA on February 5, 2021 to prepare a supplementary opinion, taking into account these new elements,” says the official.

“ECHA delivered that supplementary opinion on April 22, 2021. These additional elements would ensure the most recent scientific evidence regarding the impact of microplastic is taken into account.”

Call for broad restrictions
The EC services have carefully analyzed the RAC and SEAC opinions and are now “working intensively” to prepare a draft restriction proposal.

“Services are currently discussing how to strike the most appropriate balance between a high protection of the environment from microplastic pollution and ensuring proportionate impacts on innovation, industry and civil society,” says the EC official.

Currently, the EEB is calling for a broad restriction targeting all intentionally-added microplastics across sectors and uses that will:

For Vitali, it is “certainly not too late” for the EC to “do the right thing.” “The EC made strong commitments as part of the Green Deal, so it is now expected to act upon those,” she concludes.

European Aluminium is taking the European Commission (EC) to court over its decision to suspend anti-dumping duties on Chinese flat-rolled products (FRP), which would... Read More

The European Commission (EC) is proposing new rules to curb EU-driven deforestation in a move welcomed by the Alliance for Beverage Cartons and the Environment (ACE) and... Read More

A widely publicized study has revealed regulatory “safe” limits on human exposure to phthalates may be set at levels not sufficiently protecting human... Read More