You are in : All News > Oil price skyrockets as Western allies consider ban on Russian crude imports 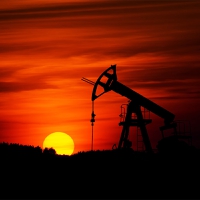 07 Mar 2022 --- Oil prices have soared to more than US$139 per barrel as Western allies “actively discuss” the ban of Russian crude imports. The oil spike – the highest since the 2008 financial crisis – was triggered after US secretary of state Antony Blinken revealed that he was discussing the ban with US President Joe Biden and the country’s allies on Sunday.

In response to Blinken’s comments, a senior French official confirmed the Western allies are discussing further sanctions. “The question today is to see how we can resort to strategic reserves to stop prices from spiraling even further on oil and gas markets, and also, in the longer term, how we manage our stocks and our supplies,” the official said.

Plastics converters are already facing a sharp rise in costs as major polymer producers incur surcharges from soaring energy prices throughout Europe. Trade associations have warned of impending chaos, economic devastation and worsening environmental pollution if the situation is not addressed.

UK officials refused to rule out a ban on Russian oil imports, although one described a complete ban as “a drastic move.” UK foreign secretary Liz Truss has called for a “ceiling” on Russian energy imports that would descend gradually to mitigate economic repercussions.The plastics packaging industry is bracing for further shocks as oil prices surge.

Clariant suspends Russian business
Chemical giant Clariant has announced it will suspend business with Russia with immediate effect in response to “the Russian state’s intolerable acts of violence in Ukraine.”

Clariant’s operations in Russia include a sales office and a laboratory in Moscow, which contribute approximately 2% to the company’s annual sales.

“We strongly oppose Russia’s war against Ukraine and support the vote of the UN General Assembly that the Russian government must immediately stop the aggression, withdraw its troops, and abide by the rules of the UN Charter,” comments Conrad Keijzer, Clariant’s CEO.

“Our thoughts are with our 146 employees and their families in Ukraine and we are doing everything in our power to support them. We join them in hoping that this brutal violence will end soon.”

“Continuing to do business under these circumstances is incompatible with our purpose and values. Therefore, we have decided to suspend all business with Russia with immediate effect.”

Meanwhile, Coca-Cola, PepsiCo and McDonald’s have so far maintained operations in Russia amid a growing backlash. Three Ukrainian supermarket chains have reportedly pulled Coca-Cola products from store shelves as the hashtags #BoycottCocaCola, #BoycottPepsi and #BoycottMcDonalds trended on Twitter.

On Thursday, Coca-Cola said: “All operational, production and logistics facilities of Coca-Cola in Russia are working. We are fully responsible to partners, society, and thousands of our employees in Russia.”EPIC has called for a suspension of packaging events in Russia and Belarus.

EPIC calls for joint action
As the Ukraine crisis rages on, the Organisation of the European Packaging Institutes (EPIC) has called for joint action to limit the war’s damage on the Ukrainian and wider packaging industry.

“EPIC calls upon all business actors in Europe to defend their shared values in packaging science, education, information exchange and cooperation. The basis of these values is mutual respect, open-mindedness and friendship,” it said in a recent statement.

The consortium indicates it will support the Ukrainian packaging sector in major upcoming events, conferences and packaging exhibitions where its members will participate this year.

Meanwhile, it has urged packaging exhibitions to refrain from organizing events in Russia and Belarus.

The destabilization of Ukraine has already triggered significant global consequences for the food industry. Speaking to our sister platform FoodIngredientsFirst, representatives of the international agri-food sector discussed the conflict’s widening repercussions.

The UAE has announced that it will impose a nationwide ban on single-use plastic bags starting next year. The law will prohibit the import, production and circulation of... Read More

European policymakers must act fast and decisively to protect and expand the region’s bioplastics industry, according to Stefan Barot, chairman of European... Read More