You are in : All News > Plastic credit problems: Coca-Cola, Unilever and NGOs cast doubt on “band-aid” pollution solution 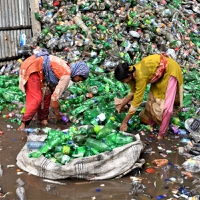 02 Dec 2022 --- Plastic credit is not a solution to addressing the plastic problem, major FMCGs have warned. At the recently held Sea of Solutions (SoS) 2022 virtual event convened by the UN Environment Programme (UNEP), Unilever and Coca-Cola unanimously resounded that the concept of plastic credit cannot be relied on independently.

Plastic credit is a tool to incentivize the removal of plastic from the environment and recycle it into new products and packaging. Companies calculate their “plastic footprint” against which they purchase plastic credit to be granted to independent projects working toward collecting and recycling the equivalent amount of plastic.

Russel Mahoney, vice president of public affairs for communication and sustainability at Coca-Cola, says the company is not convinced that plastic credit is an effective strategy for multinationals.

“The reality is that we want to be able to collect and recycle in every market we operate in, which is more than 200 markets. The idea that you might not do something in one market and make up for it in another is not attractive to us – certainly not to the people we might be leaving out as part of that process,” he says.

PackagingInsights has also reached out to A Plastic Planet and Greenpeace to understand the viability of plastic credit and its implementation implications on the value chain in the context of the global plastic treaty, which is currently under negotiation.

“Plastic credit is another example of the biggest plastic users kicking the can down the road. They fundamentally will never fix the problem,” Sian Sutherland, co-founder at A Plastic Planet, illustrates.Plastic credit is a transferable unit representing a specific quantity of plastic collected and recycled from the environment.

“If real change is the goal, a successful Global Plastics Treaty with robust accountability in full extended producer responsibility (EPR) is the answer. Anything that doesn’t result in the most important actions – reduce and replace – will ultimately prove a band-aid on a broken system.”

However, according to Vivek Sistla, Southeast Asia research and development director for beauty and personal care at Unilever, plastic credit can only work in tandem with EPR schemes – where companies are responsible for the plastic they put out into the environment by supporting waste management programs – and wouldn’t be “at heart” of the company’s plastic management efforts.

“The heart of what we do must be an EPR scheme that in the future also incorporates the plastic alliance and the treaty that’s going to be formed,” he says.

WWF published a position paper on plastic crediting and plastic neutrality. The NGO outlines that a plastic credit is a transferable unit representing a specific quantity of plastic collected and possibly recycled from the environment.

Czarina Constantino-Panopio, national lead for the No Plastics in Nature Initiative at WWF Philippines and a panelist at the event, adds: “WWF is very cautious about plastic credit because there is not yet any clear process or standard to this concept. There is a risk for these crediting mechanisms to enable companies to say they are taking action without making any substantial changes to their organization.”

Coca-Cola and Unilever are not convinced plastic credit is a real solution to plastic waste management.

Waste colonialism fears
Greenpeace echoes these concerns, warning that plastic credit as a mechanism does not reduce the amount of pollution resulting from earlier stages of the plastic life cycle, such as the extraction of fossil fuels and associated greenhouse gas emissions required to produce the material.

“Plastic pollution is systemic and plastic has negative effects on human health, nature and our climate in different stages of its life cycle. Credits also do not necessarily solve or address the impacts felt in one area because offsetting projects may happen elsewhere,” Marian Ledesma, a zero waste campaigner from Greenpeace Philippines, shares with us.

“It won’t protect and help one community affected by a petrochemical facility in one part of the world with a plastic credit scheme implemented in another region.”

Sutherland at A Plastic Planet adds: “Once again, the burden of the Global North’s pollution is being passed on to countries less able to deal with waste safely and efficiently by continuing to export that which we do not want to deal with. With a trebling plastic forecast by 2040, do we think an offset program is an answer?”

“As a system [plastic credit] is ineffective with no clear proof that it reduces plastic waste. With no strict regulations that govern the scheme and a lack of policy holding organizations to account, plastic credit enables the festival of greenwashing to continue. We cannot condone any system that results in environmental brownie points being handed to those with the biggest wallet.” 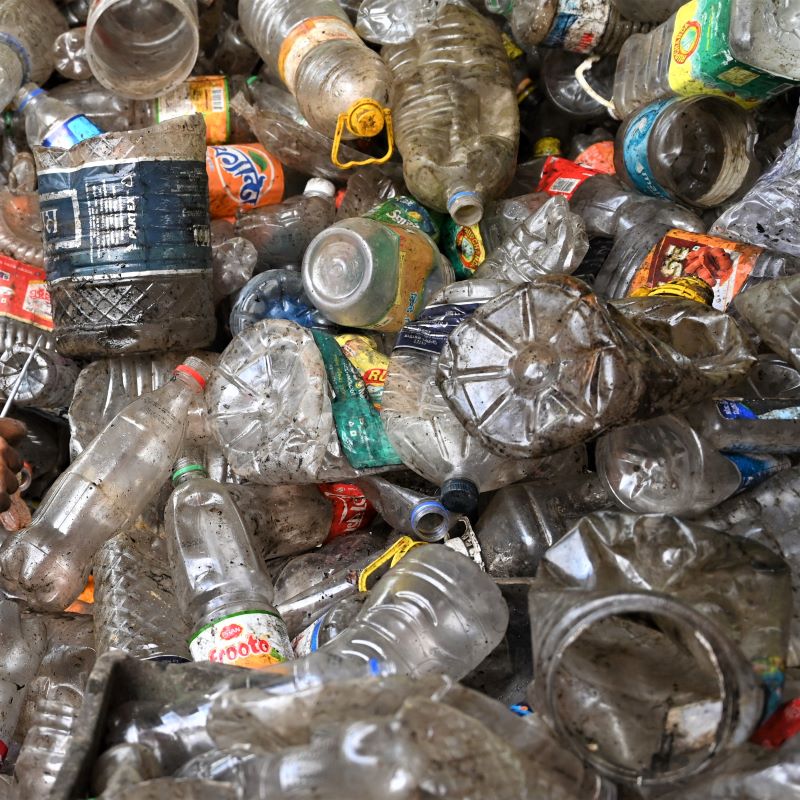 According to Sutherland, plastic credit enables the festival of greenwashing to continue.

Rallying around reduce and reuse
According to Sutherland, plastic credit will prove even less successful at reducing pollution than plastic taxes. This year, the UK government introduced the Plastic Packaging Tax, imposing a £200 (US$245) per metric ton levy on plastic packaging with less than 30% recycled plastic, manufactured or imported into the UK. However, reports have surfaced that the crippling costs and low availability of recycled food-grade plastic are encouraging businesses to pay the tax rather than invest in more circular solutions.

“To deliver the drastic changes needed to secure the future of the planet, mandatory and global measures and clear legislation are needed, not more clever ways to sidestep the ever-growing problem of plastic,” says Sutherland.

Greenpeace is against including plastic credit as a measure or part of a framework and believes the better solution would be to cut back on plastic production and begin transition to reuse and refill systems, which are inclusive and mindful of different regional contexts. The latter can enable a phase out of single-use plastics without leaving any vulnerable stakeholders behind, Ledesma emphasizes.

“If you look at the experience with carbon offsets, you can see how ineffective offsetting is as a mechanism. To effectively tackle plastic pollution and prevent its harmful impacts, we must address the issue at source by immediately reducing plastic production and transitioning to reuse and refill systems. Offsetting and credit will not do that – instead, it justifies and encourages the continued dependence on plastic.”

Environmentalists are celebrating the proposals made by the European Parliament to update the bloc’s waste shipment regulations. The new laws would, if passed, ban... Read More