You are in : All News > Researchers develop solar-powered reactor to convert plastic waste to fuel

11 Jan 2023 --- Researchers from the University of Cambridge, UK, have developed a system that can transform plastic waste and greenhouse gasses (GHG) into environmentally sustainable fuels and other valuable products using solar energy, as reported in Nature Synthesis.

The researchers harnessed solar power through a reactor. Tests of the reactor under average temperature and pressure conditions showed that it could efficiently convert PET plastic bottles and CO2 into different carbon-based fuels. The machine also produced these products at a rate that is higher than conventional photocatalytic CO2 reduction processes.

The system can convert two waste streams into two chemical products simultaneously. The scientists claim this is the first time such activity has been achieved in a solar-powered reactor and can be applied for “useful products in various industries.”

“A solar-driven technology that could help to address plastic pollution and GHG at the same time could be a game-changer in the development of a circular economy,” says Subhajit Bhattacharjee, co-first author of the paper. 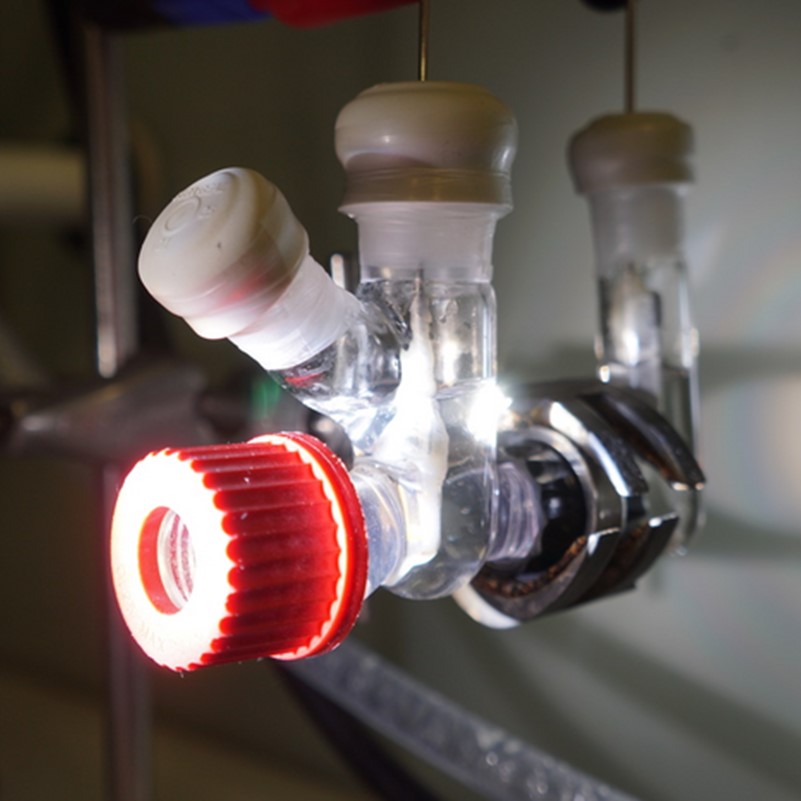 Part of the reactor aiming to reduce plastics and GHG. (Image Credit University of Cambridge).Solar-powered reactor
The reactor converted CO2 into syngas, an essential building block for environmentally sustainable liquid fuels. It also transformed plastic bottles into glycolic acid, widely used in cosmetics. The system can be tuned to produce different products by changing the type of catalyst used in the reactor.

“What’s so special about this system is the versatility and tunability – we’re making fairly simple carbon-based molecules right now, but in the future, we could be able to tune the system to make far more complex products, just by changing the catalyst,” continues Bhattacharjee.

“We also need something that’s tuneable so that you can easily make changes depending on the final product you want. Prior to this system, we didn’t have anything that could make high-value products selectively and efficiently,” adds Dr. Motiar Rahaman, co-author of the study.

The researchers developed an integrated reactor with two separate compartments – one for plastic and one for GHG. The reactor uses a light absorber based on perovskite – a calcium titanium oxide mineral that can be utilized as an alternative to silicon for next-generation solar cells.

“Generally, CO2 conversion requires a lot of energy, but with our system, you shine a light at it, and it starts converting harmful products into something useful and [environmentally] sustainable,” says Rahaman.

Environmental motivation
Professor Erwin Reisner from the Yusuf Hamied Department of Chemistry, the paper’s senior author, says, “converting waste into something useful using solar energy is a major goal of our research. Plastic pollution is a huge problem worldwide, and often, many of the plastics we throw into recycling bins are incinerated or end up in a landfill.”

The world now produces more than 380 million metric tons of plastic every year, according to a plastic pollution report last year. Seventy-nine percent of this pollution ends up in landfills or the natural environment, as recorded by National Geographic. The University of Cambridge uses solar energy to power its newly developed reactor to convert GHG into safer fuels.

“Developing a circular economy, where we make useful things from waste instead of throwing it into landfill, is vital if we’re going to meaningfully address the climate crisis and protect the natural world, and powering these solutions using the sun means that we’re doing it cleanly and sustainably,” asserts Reisner.

The University of Cambridge has stated that plastics and GHG are “two of the biggest threats facing the natural world.” The world collectively emits around 50 billion metric tons of carbon dioxide-equivalents each year, according to GHG emissions reports.

The university states that “other solar-powered ‘recycling’ technologies hold promise for addressing plastic pollution and reducing the amount of GHG in the atmosphere, but to date, they have not been combined in a single process.”

Reisner recently received new funding from the European Research Council to help the development of their solar-powered reactor. Over the next five years, the researchers plan to develop the reactor further to produce more complex molecules. The researchers say similar techniques could someday be used to create an entirely solar-powered recycling plant.

Guala Closures Group, manufacturer of aluminum and specialty closures, announces that its 2030 greenhouse gas (GHG) emission targets have been validated by the Science... Read More

Goodyear has released a method using soybean oil, rice husks and pine resin to create a tire with 90% environmentally sustainable materials. This innovation could open a... Read More

The Forest CUMP research project, coordinated by VTT, examines the capture and utilization of carbon dioxide from the forest industry and waste incineration in... Read More