You are in : All News > StrongPack counters Nigeria’s “tough logistics” with Sidel Actis coating system 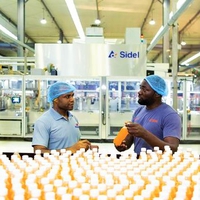 16 Oct 2019 --- As part of its greenfield project, Nigerian co-packer StrongPack has equipped its facilities with a total of four Sidel lines. After two years of development, the company’s operations now comprise a can line, two regular complete PET lines and one PET line integrating Sidel’s Amorphous Carbon Treatment on Internal Surface (Actis) coating system. The later PET line was critical to increase the shelf-life of beverages, which is impacted by challenges in the local distribution chain. Using Actis, StrongPack is able to reduce the weight of its bottles by 25 percent while redesigning their shapes.

Carbonated soft drinks (CSD) are the second most popular beverage category in Africa, after bottled water, notes Sidel. Even as the segment continues to grow, distribution is complicated by long transportation routes and difficult road conditions, creating a large demand for bottled drinks with longer shelf-life.

Nigeria’s population totals 195.9 million inhabitants, growing at 2.6 percent in 2018. The nation’s emerging market has been showing showing a healthy CSD performance over the last few years, even during economic slumps.

This phenomenon was mainly driven by population increase, price competition and aggressive marketing campaigns from the major global CSD players. 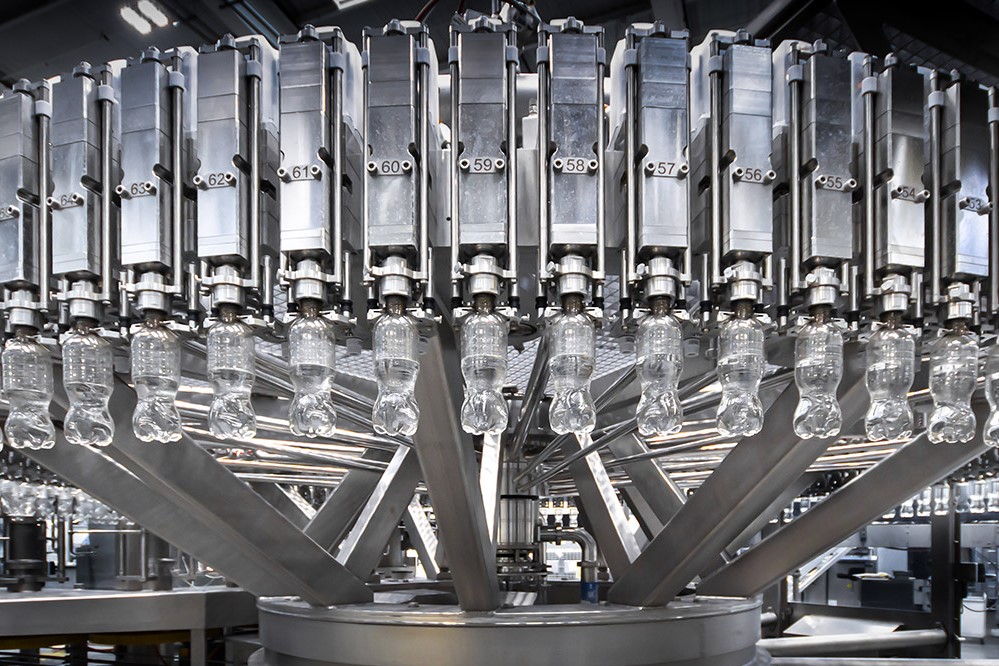 Click to EnlargeSidel Actis system.A long-term business approach focused on innovation
Witnessing these business opportunities in the CSD market, StrongPack inaugurated its operations as a co-packer of non-alcoholic beverages in 2018. When setting up its operations in Nigeria, StrongPack sought to differentiate itself from the existing players in a country that has historically used returnable glass bottles as the main packaging format.

Towards this aim, StrongPack invested in PET technology and can production, expanding itsrange of packaging options. However, given the hot temperatures and the “tough logistics” in Nigeria, handling PET packaging is more demanding compared to other parts of the world, the company notes. Some products are displayed and merchandised outside on open market places, often directly under the sun. Such a distribution set-up leads to carbonation loss. Additionally, with poor road conditions, bottles are shaken during transportation, increasing the loss of carbonation further.

“We were looking for a solution that would help us overcome some of these challenges,” says Del Tupaz, Managing Director at StrongPack. “After careful consideration, we found that Sidel and its Actis system – as integrated in a Combi configuration in one of our complete PET lines – was what would fit the local value chain conditions best.”

StrongPack is marketed as the first and only beverage producer in Africa that incorporates Sidel’s Actis technology and is able to provide coated PET bottles for soft drinks.

Lightweighting bottles saves three metric tons of PET resin per day
Innova Market Insights pegged “Less is More” as one of its top packaging trends for 2019. The trend denotes how innovation in lightweighting is proliferating across different packaging formats, largely driven by sustainability concerns. This can be seen in the increasing popularity of vacuum-packed paper trays (skinpacks) and lightweight beer kegs.

The complete PET line featuring Actis in a Combi configuration and handling two bottle formats (35 cl and 50 cl) is offering unique production advantages to CSD brands by the Agbara site. Actis is Sidel’s proven plasma coating technology, extending the shelf-life of beverages by up to five times while enabling package lightweighting, yet with no compromises on recyclability.

“The reduction of the 35cl bottle weight down to 15.5 grams allows us to roughly save about three tons of resin per day. That is three tons that are not going to the landfill,” says StrongPack.

Helped by the Actis technology and the increased shelf-life of the PET bottles, StrongPack plans to reach additional markets in West Africa that otherwise would not be available to them. Choosing Actis also offered the opportunity to develop a new bottle design for their 35cl and 50cl formats, which not only matches Actis’ requirements but also stands out at the point of sale – a key factor in the Nigerian market. “Today, we are particularly pleased with Actis, so much so, that we have renewed our confidence in Sidel and already ordered a second PET line featuring this technology,” says Eric Thibault Chairman of StrongPack. 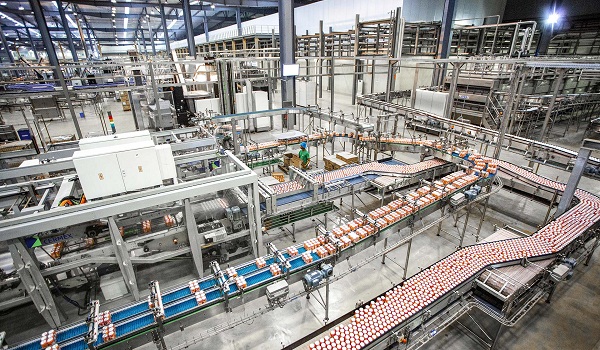 Click to EnlargeStrongPack facilities in Nigeria.
StrongPack first started their discussions with Sidel a few years ago when they entered the beverage bottling business, targeting a greenfield project with two complete lines, one for cans and the other one handling PET bottles. These lines started running in 2018 and then were mainly dedicated to packaging RC Cola. StrongPack invested in another two complete PET lines, one standard PET and one integrating Sidel’s Actis in Combi configuration.

The greenfield project is planned on a new site of 8.4 hectares and housed in a building of 32,000 square meters in Agbara, an industrial area close to Lagos. “At full development of the site, we will be able to produce 1.2 billion liters of non-alcoholic beverages per year. The capacity and capabilities of our factory in Agbara will position us as a main hub for many potential African customers,” comments Tupaz.

The overall production capacity of the Agbara plant currently lies at 850 million PET bottles per year, including both standard and coated bottles, notes Sidel. The two regular PET packaging lines are running at 36,800 bottles per hour (bph) and 46,000 bph. In addition, the versatile canning line produces 40,000 cans per hour. For the latter, the entire line layout and concept has originally been developed to support non-alcoholic malt production, a beverage which is popular in Nigeria.

“We believe there is a growing market for this drink and that’s why, since the beginning, we put a pasteurizer – designed to handle sensitive products – in our can line. It is not only for the malt but also to be able to manage other drinks like iced tea and juices in cans. These are not yet extremely popular in Nigeria but this setup already prepares us for the future and keeps our production highly flexible,” concludes Tupaz.