You are in : All News > Sustainable packaging: 100 tons of ocean plastic to be collected by new partnership

Sustainable packaging: 100 tons of ocean plastic to be collected by new partnership 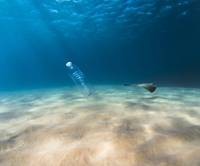 23 Mar 2018 --- Waste Free Oceans (WFO) has announced a partnership with Henkel to remove plastic waste from oceans and rivers – and transform it into over a million bottles used for the Lovables laundry brand. The collaboration is, so far, the largest for WFO, with the agreement that it will run for at least three years. Together, the partners aim to remove enough plastic from rivers, lakes, seas, and oceans to produce 100 tons of usable recycled material each year.

“Oceans and rivers are among the most expansive and diverse resources on Earth, but we don’t protect them as well as we should,” says Bernard Merkx, Co-Founder of Waste Free Oceans. “An estimated 8 million tons of plastic end up in our oceans every year, which is the equivalent of 15 grocery bags filled with plastic for every meter of coastline in the world.”

The partnerships first mission will be this spring, at the Danube River. Activities will target areas that sea current and geography analysis’ have shown to be spots were the oceans plastic waste typically accumulates. These locations range from Bulgaria to Hungary and Romania. The following missions, this summer, will be in areas by the Mediterranean Sea.

Volunteers will gather plastic waste from the river banks and beaches, while collaborations have been formed by the organization with teams of local fisherman to tackle the water. The fisherman will trawl the river to collect any floating plastic waste. It is claimed that these teams can obtain between two and eight tons of marine litter on each excursion.

“I believe now there is a lot of pressure at the European levels, so everybody is taking action now,” she adds.

Once recycled, the plastic will be used for bottles in the Lovables laundry brand. The brand has consistently been using bottles that are 100 percent recyclable material, and they “look forward” to including the recycled marine plastic from Waste Free Oceans in over one million bottles.

“Our partnership with Waste Free Oceans is another step forward in our commitment to promoting sustainable packaging and recycling,” says Prof. Dr. Thomas Müller-Kirschbaum, Head of Global Research and Development in Henkel’s Laundry & Home Care business unit. “Together, we can remove a meaningful amount of plastic from the environment, while also raising consumer awareness of marine plastic litter and the need to better protect our oceans and rivers.”

The partnership reflects the company’s centralized strategy, which has a strong commitment to sustainable packaging.

The products won’t be hitting the shelves just yet, as the first excursion is set for this spring. Once ready, they are expected to be available in Germany and after that, the rest of Europe. Additionally, there shouldn’t be a notable cost difference, Flora tells WorldPackagingOnline.

Further partnerships will soon be announced from WFO, in their continuing effort to transform marine waste into usable, and recyclable products. The organization advocates that the utilization of a circular economy and multi-actor engagement is the way forward in tackling plastic marine litter.

26 May 2020 --- Packaging and décor materials player Toppan Printing has developed a paper tube-pouch that reduces the use of plastic in cosmetics, toiletries and... Read More

25 May 2020 --- Restaurants in Europe are starting to reopen their doors as governments relax COVID-19 self-distancing measures but health and hygiene remain top of the agenda. Set... Read More