You are in : All News > Take that, food waste: EU-funded NanoPack demonstrates major shelf-life gains across multiple food categories 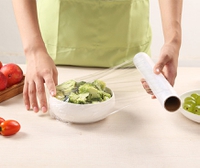 01 May 2019 --- The NanoPack project has reported significant advancements in the shelf-life and quality extension of a range of foods when packaged in nano-active materials. Funded by the EU Horizon 2020 scheme, the project aims to mainstream nanotechnologies in commercial flexible packaging. NanoPack plans to have all technological developments ready by the end of 2019, including a roadmap to facilitate the commercial uptake of the technology in “the nearest future.”

Nanotechnology is a technology that is performed at the nanoscale and the term encompasses a broad scientific field. A nanoparticle is usually considered to be a single particle of matter that is between 1 and 100 nanometres in size.

In the NanoPack system, naturally-occurring mineral nanotubes are dispersed in plastic packaging films and fixed there so they don’t come into contact with the food, Dr. Nina McGrath, Senior Manager for Food & Health Science, EUFIC (European Food Information Council), explains.

“These nanotubes hold natural essential oils extracted from plants like oregano and thyme. These essential oils have antimicrobial properties – this means they are capable of slowing down or stopping microbes from multiplying,” McGrath tells PackagingInsights.

“The oils are slowly released as a vapor from the films into the packaging headspace. When inside the package they kill or slow the growth of the bacteria and molds that can make our food go off. NanoPack is developing customized food packaging for a range of food products, including bread, fresh meat and fish, dairy, and fruits and vegetables,” she says.

Cherries after 18 days, packaged in commercial film (left) and NanoPack film (right).The active packaging materials are now being tested with a wide range of products and are showing some “remarkable results.” Fresh cherries, which were packed in NanoPack antimicrobial film, containing a low concentration of various natural essential oils, exhibited an increased shelf-life of 40 percent.

The cherries were packed in bags made of NanoPack film and commercial film were stored at the same holding temperature for 14 days and then transferred to an ambient temperature for four days. The results have shown that NanoPack film extends the shelf-life of cherries by two days. Only 33 percent of the cherries packaged in the commercial film were saleable, compared to the 73 percent of NanoPack’s. This two-day increase in shelf-life corresponds to a reported added value increase of 40 percent in saleability.

For bread and baked products, the results were even more dramatic, doubling the shelf-life of some baked goods, without any preservatives added, in comparison to those packed in conventional plastics packaging.

“We are experimenting with a wide range of products – fresh produce, breads and pastries, as well as dairy and meat proteins. This means we must identify the best combination and concentration of essential oils as well as the most appropriate packaging format for each,” adds Elisa Valderrama García from the NanoPack scientific team.

An end-goal of the project is to produce nanotechnology-based flexible film for commercial use by the end of 2019.

“Partners are currently in the system development and product testing phase, however, there is no confirmed date at the moment in terms of commercial availability of the NanoPack film,” McGrath explains. 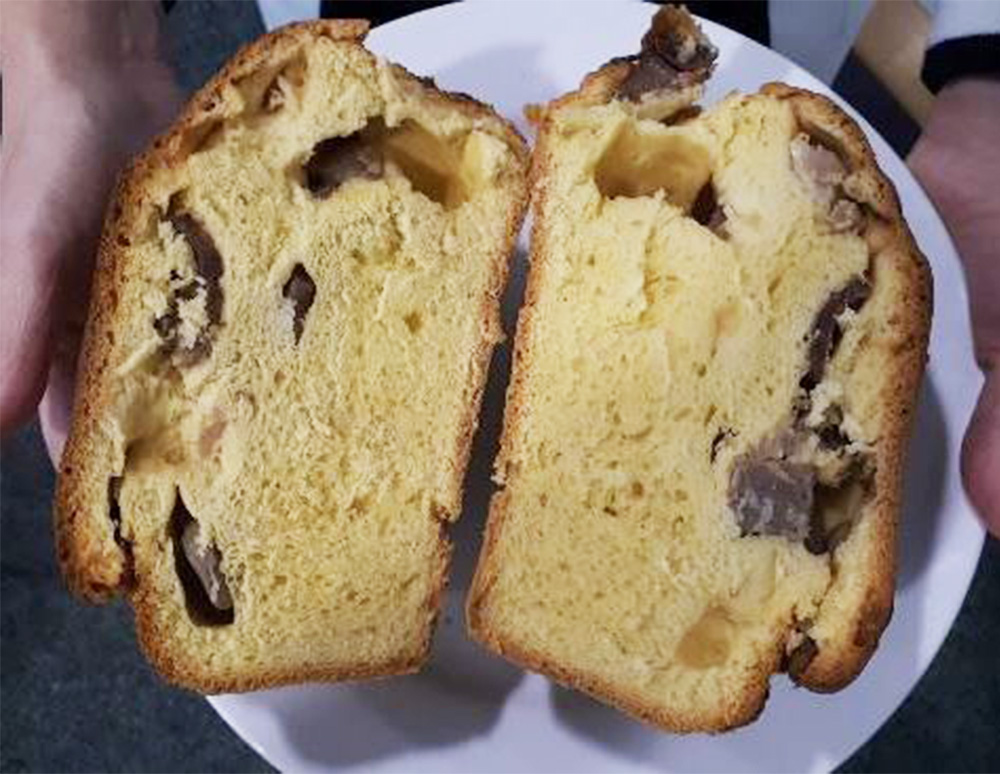 Bread with smoked ham packaged in a NanoPack film for two months.

Consumers indicate an openness to nanotechnology
Feedback from several consumer studies, undertaken as part of the project, shows “considerable acceptance” of the idea of extending shelf-life and maintaining quality through slowing down microbial growth using nanotechnologies.

To gauge consumer acceptance of the use of such technologies in the mainstream, NanoPack organized ten focus groups and conducted ten in-depth interviews with consumers and retail managers in China, Spain, Italy, Denmark and Ireland.

The findings revealed that, in the case of the NanoPack solution, consumers were not concerned with the “nanotechnology” aspect. Instead, participants expressed more concern over the inclusion of essential oils and the “active” nature of the technology, because they were not familiar with it. They expressed concerns that food products would become “contaminated” or “altered” after the active component was released in the packaging atmosphere.

“The benefits of active packaging solutions are not always aligned in the mind of the consumer,” explains Polymeros Chrysochou, Associate Professor at the Aarhus University of Denmark, who conducted the research with Alexandra Festila, Assistant Professor at the same university. “So, for example, extending the shelf-life of a product and keeping its freshness can seem to be a contradiction in consumers’ minds.”

“Freshness is a rather vague promised benefit and people have different interpretations of it,” notes Chrysochou. “They may perceive it in terms of the time passed from the production, where a shorter time equates a fresher food product. This means that consumers do not see a product with an extended shelf-life as being necessarily fresh since a longer time has passed since production.”

Chipping away at the food waste problem
The EU-funded NanoPack project represents one of many strategies aimed at minimizing the food waste problem. One notable example is The EU Waste Framework Directive 2008/98/EC, which gives priority to waste reduction, followed by re-use, recycling and recovery, with disposal as a last resort. Efforts to reduce waste are followed by redistribution of edible food first to people, then to animals and industry.

“Food waste is a massive problem. An estimated 1.3 billion tons, or 32 percent of all food produced globally, are lost or wasted each year,” McGrath tells PackagingInsights. “This also represents an enormous waste of the valuable resources used in food production, such as water, energy, work and money.”

“CO2 emission produced from food waste rotting in landfills also contributes towards climate change. If food waste was a country, it would be the third largest producer of CO2 after the US and China,” she warns.

The EU is also active in raising awareness through communication and education campaigns, as people are often unaware of the amount of food that goes to waste, and its impact on the environment and their wallets. 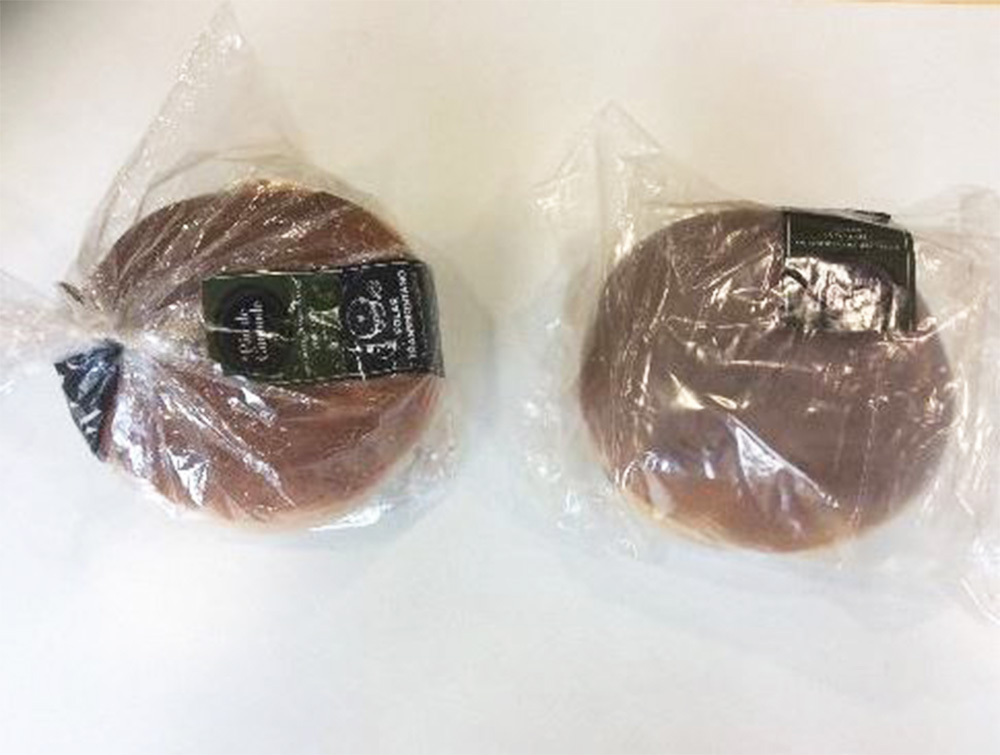 The bread (right) remained fresh after being packaged in a NanoPack film, looking exactly the same as the other bread, which was packed a day before the picture was taken.The EU encourages retailers to use promotions for foods that are slightly damaged or nearing their expiry date to help reduce food waste. Likewise, food bank programs, in which excess food is transported from retailers or other sales outlets, for example, discount stores or local markets, to people in need, are recommended.

Innovation in shelf-life enhancing packaging is showing signs of progress, particularly within the food and vegetable category. Just recently, Seattle-based start-up StixFresh developed a sticker that can keep fruit and vegetables fresh for up to two weeks longer than usual.

Similarly, UK-based technologists It’s Fresh! recently launched its latest shelf-enhancing product – Infinite – a new sustainable delivery system that utilizes a proprietary “active ingredient” that can be printed directly onto existing packaging for fruit, vegetables and even flowers. It is proven to prolong shelf-life and extend freshness and quality by absorbing the natural ripening hormone, ethylene.

A recent report by Fruit Logistica anticipates “significant innovation” in fresh produce packaging and supply chain management in the coming years. This prediction is based on increased consumer awareness of the environmental damage caused by food packaging and the need for greater shelf-life and efficiency in the supply chain.

Black Friday is set to begin this year’s winter shopping season and kick off another boom in e-commerce delivery worldwide. Discount pricing on the day brings a... Read More