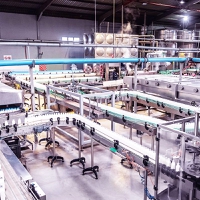 04 Jun 2021 --- Tetra Pak has unveiled its new UHT 2.0 heating portfolio and E3/Speed Hyper packaging equipment for milk. Together, these solutions are designed to slash greenhouse gas emissions, as well as steam and water usage, while reducing operational costs by up to 30 percent.

The UHT 2.0 portfolio is also equipped with OneStep technology to cut processing steps out of the production line, without affecting end-product quality. OneStep removes the multiple steps of pasteurization and intermediate storage in the traditional process of preparing milk from powder before UHT treatment.

“As part of Tetra Pak’s wider ambition to reach net zero emissions across the value chain by 2050, we want to be part of the solution to limit climate change for the global dairy sector.”

“When starting from powder, the system combines concentrate mixing with in-line blending, so there is no need for a separate pasteurizer, saving cost already here. Plus, there’s no need for large storage tanks, which saves even more,” Cabal details.Click to EnlargeTetra Pak positions the Tetra Pak E3/Speed Hyper as the world’s fastest aseptic carton filling machine.

In a single unbroken step, raw milk is preheated, separated, standardized and homogenized, before undergoing UHT treatment and regenerative cooling, and then transferred to the aseptic tank.

“By removing the pasteurization and intermediate storage steps, the processing time is shortened from as much as two days to just a few hours, and the operating costs cut by up to 50 percent compared with conventional line solutions (without OneStep technology),” says Cabal.

By adding different streams in the blending step – such as a chocolate slurry or a protein concentrate – dairy manufacturers can produce a wide range of value-added products.

“It’s possible to also add ingredients on the aseptic side, such as lactase to create lactose-reduced milk, or many other dairy drink variants,” adds Cabal.

While its increased capacity can reduce manufacturers’ operational costs by up to 10 percent, it also represents a low carbon alternative to aseptic PET – since electricity consumption and carbon footprint are both five times lower than for aseptic PET lines. 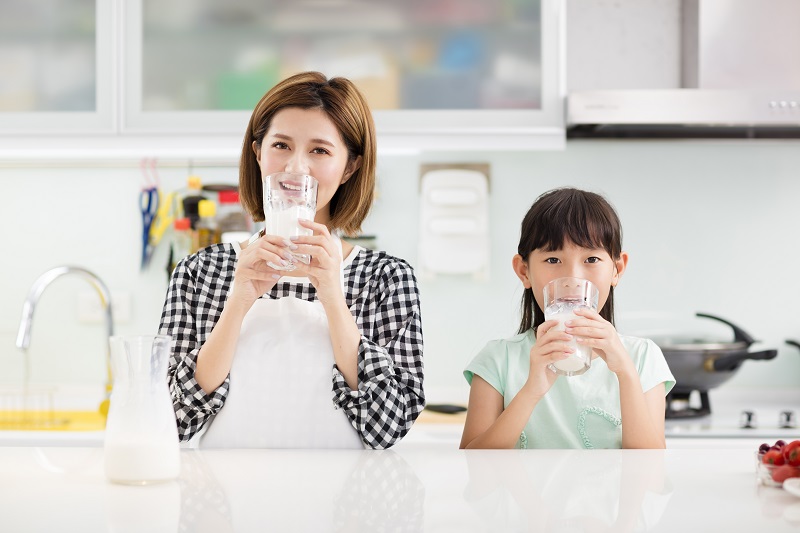 Click to EnlargeOneStep removes the multiple steps of pasteurization and intermediate storage in the traditional process of preparing milk from powder before UHT treatment.The machine uses eBeam sterilization technology to complete the task more efficiently and “more rapidly than has previously been possible.”

“The eBeam lamp technology has been developed by Tetra Pak in collaboration with our partner COMET. It sterilizes packaging material using electron beams and replaces the traditional hydrogen peroxide sterilization process for packaging material,” Cabal highlights.

Thanks to eBeam, Tetra Pak E3/Speed Hyper features a massive capacity of up to 40,000 portion packs per hour (or 11 packs every second) without this translating into a significant increase in the size and complexity of the machine. Ultimately, this helps reduce operational costs.

Addressing water scarcity and milk sector emissions
With water scarcity on the rise, wastewater is increasingly becoming a pressing industry concern. Up to a fifth of Tetra Pak’s customers are based in high or extremely high-risk water areas and the company is prioritizing action to address this.

The launch follows Tetra Pak’s 2020 pledge to reach net zero emissions in its own operations by 2030, while achieving the same target across the value chain by 2050. Toward these targets, the company has committed at least €100 million (US$122 million) annually over the next five to ten years. Click to Enlarge Tetra Pak carton packages – made of approximately 70 percent of renewable paperboard – have a lower carbon footprint than glass, plastic or metal packages.

This portfolio expansion was also announced in line with World Milk Day, during which industry leaders rallied around sustainable solutions that benefit the environment, human nutrition and the socio-economics of dairy production

Overall packaging assessment
A 2020 life cycle assessment carried out on behalf of Tetra Pak concluded that Tetra Pak carton packages – made of approximately 70 percent of renewable paperboard – have a lower carbon footprint than glass, plastic or metal packages.

The study states, for example, that if for one full year consumers and food producers in Europe chose beverages packed in Tetra Brik Edge Aseptic 1 L packages with Light-Cap 30 openings instead of PET bottles, it would save the equivalent of the CO2 emissions produced by 60,500 cars.

Last November, Tetra Pak teamed up with pulp and paper manufacturer Stora Enso to explore the possibility of constructing a new recycling line that could significantly increase the recycling rates of used beverage cartons (UBC) in Central and Eastern Europe.

The two companies initiated a feasibility study to assess the viability of building a large-scale recycling line for UBC at Stora Enso’s Ostrołęka Mill in Poland.

“Accelerating the development of our low carbon circular packaging and equipment portfolio and working to help customers realise their emission reduction targets is a priority,” says Cabal.

“A significant share of emissions comes from the operation of equipment at customers’ sites. Addressing this through innovation and collaboration is vital.”

29 Jun 2021 --- Tetra Pak is investing €100 million (US$119 million) in expanding its Châteaubriant plant in France. The plant designs and manufactures caps with a... Read More

16 Jun 2021 --- The Ellen MacArthur Foundation is calling for the implementation of Extended Producer Responsibility (EPR) schemes to create a circular economy for... Read More

01 Jun 2021 --- In celebration of World Milk Day, industry leaders today are raising their voices to rally around sustainable solutions that benefit the environment, human... Read More