You are in : All News > Weekly Roundup: Coca-Cola announces milestones in its “World Without Waste” ambitions 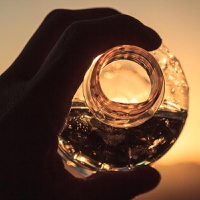 26 Jul 2019 --- Coca-Cola announced continued progress towards its “World Without Waste” goals for recycling, recyclable packaging and the use of recycled materials. The progress includes several brand launches of 100 percent recycled PET (rPET) bottles and the switch from green to clear bottles for Sprite. Also this week, The Absolut Company and Ardagh Group signed a 10-year partnership in which Ardagh will supply glass bottles for Absolut’s vodka brand. Meanwhile, Avery Dennison joined the Ellen MacArthur Foundation’s Circular Economy 100 (CE 100) network as part of the company’s support of a global transition to a circular economy.

In brief: Business
Coca-Cola announced recent milestones in its “World Without Waste” program. The progress includes: 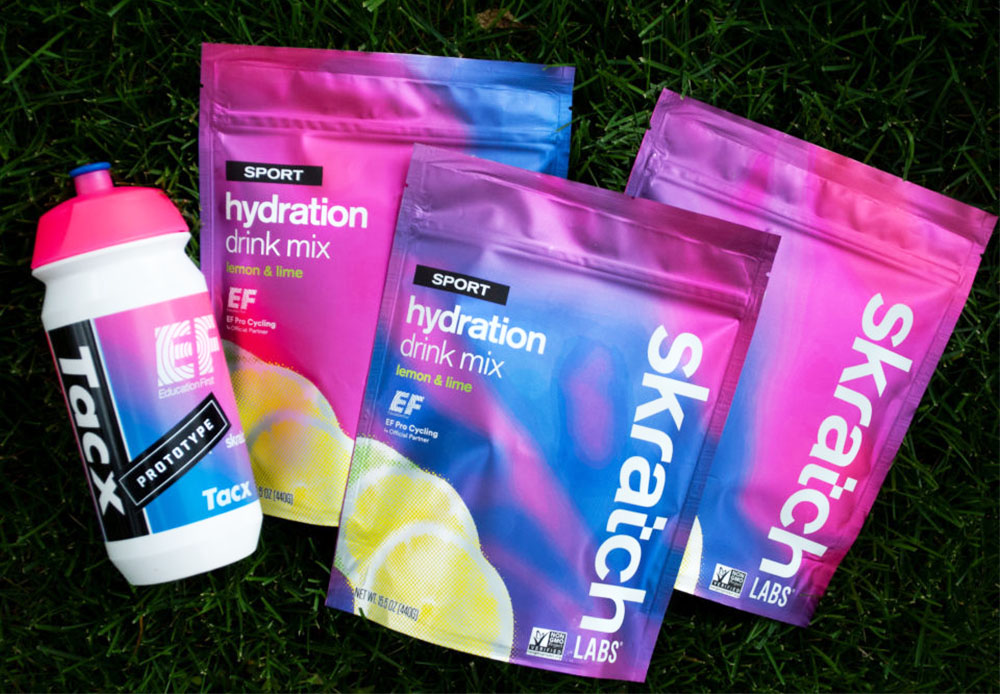 Click to EnlargeSkratch Labs' Tour de France packs, using HP’s Mosaic print technology.Ardagh Group signed a 10-year agreement with The Absolut Company, owned by Pernod Ricard, the world's second-largest wine and spirits producer. The agreement sees Ardagh supply The Absolut Company with glass bottles for their Absolut Vodka brand. At its core, the partnership will focus on sustainability, innovation and future growth. Both companies are committed to keeping their environmental impact as low as possible and the agreement will ensure that carbon emissions are further reduced in the production of the iconic glass bottles, the companies say. Ardagh's production facility in Limmared is the largest supplier of the Absolut Vodka bottle since the brand’s launch 40 years ago.

Avery Dennison, a global labeling and packaging materials manufacturer, joined the Ellen MacArthur Foundation’s CE 100 network as part of the company’s support of a global transition to a circular economy. Avery Dennison says that its Membership in the CE100 reflects its ongoing practice of joining forces with customers and suppliers across the supply chain to deliver solutions that can make a material difference in the world. The company believes that meeting evolving social and environmental needs and new business challenges can best be achieved by supporting a transition to a circular economy.

Click to EnlargeCheez-It and House Wine's limited edition summer pack.COEXPAN, a pioneer in extrusion with more than 45 years of experience in the industry, inaugurated a plant in Moscow, Russia, to manufacture extruded rigid sheet for the food packaging industry. COEXPAN’s plant has an extensive portfolio of coextruded rigid sheets, including PP, PP Barrier, PS, PS Barrier and PLA based products, for use in Form, Fill and Seal (FFS) machines to package dairy products, fresh and ready-prepared food, among others. Furthermore, in the coming months, COEXPAN also plans to incorporate thermoforming technology which will enable it to diversify its range of products even further.

In brief: New launches
Skratch Labs, an official partner to EF Education First Pro Cycling, created a limited-edition packaging to celebrate the team’s participation in this year’s Tour de France. Skratch Labs crafted stand-up pouches for its lemon & lime sports hydration drink mix that featured the metallic pink and blue look of the EF team’s jerseys. What really brings the drink mix’s packaging to Tour-level is the collaboration between ePac and HP’s Mosaic print technology. With Mosaic, each pouch in the entire print run features an exclusive color-shifting design, similar to the EF Pro Cycling jerseys, giving each pouch its own unique look. 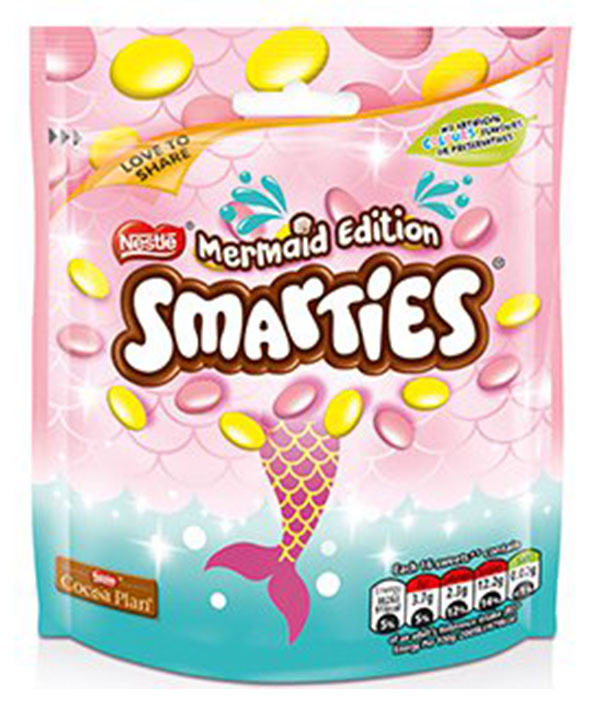 Kellogg’s brand Cheez-It and House Wine unveiled a limited-edition box that is one-part Original Cheez-It and one-part Original Red Blend of House Wine, offered in a convenient package. “We make wines for people to enjoy anytime and anyplace – just like Cheez-It,” said winemaker Hal Landvoigt. “I create wines that run the spectrum of flavor – from crisp and bright to savory and spicy. From there, I looked for combinations that complement the real cheese found in each flavor of Cheez-It to make the perfect pairing.”

DS Smith Rapak produced a Bag-in-Box solution for Aritha, a producer of all-natural detergents and cleaners from Thailand. In addition, Aritha selected the Mustang Bag-in-Box dispensing tap to meet customer expectations in terms of convenient and easy-to-use dispensing. 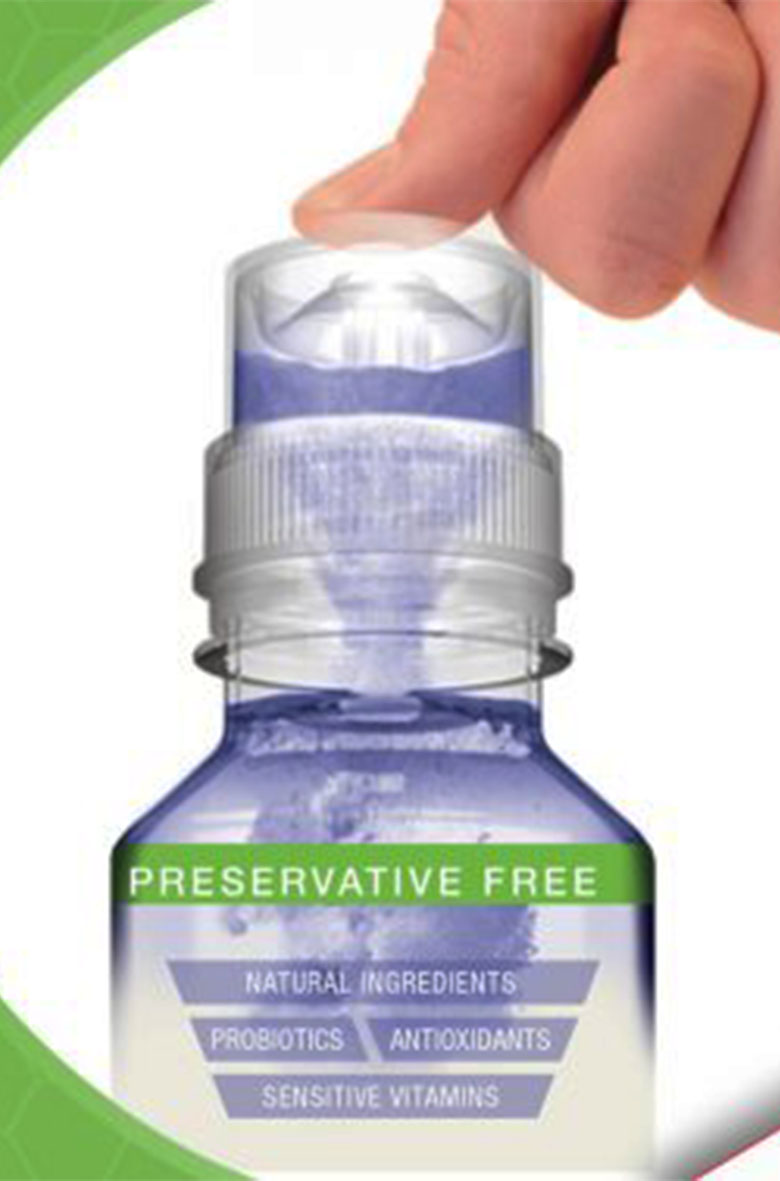 Nestlé revealed the latest theme for its range of limited edition Smarties and this time the brand is going under the sea. Smarties Mermaid Edition hit shelves in Asda this week in a £1 sharing bag complete with a fish tail design on pack and Smarties in yellow and pink hues inside. Nestlé reports success with products made up of purely orange Smarties and seasonal editions like “Scaries” for Halloween and an Easter egg version of the popular Unicorn variant.

Aptar Food + Beverage launched the Karma Beverage Closure. When consumers push the cap to dispense the powder it instantly mixes into the water and a new drink is created. This new drink is fresh and absent of preservatives as Karma protects active ingredients that are otherwise not shelf-stable. Once the drink is consumed, the Karma closure can be recycled.

20 Dec 2019 --- This week in packaging, ALPLA Group, an international plastic packaging and recycling specialist, joined a new consortium for the chemical recycling of PET. The... Read More

13 Dec 2019 --- This week in packaging, The Circular Economy for Flexible Packaging initiative (CEFLEX) launched an open consultation to further enhance and refine its Designing... Read More