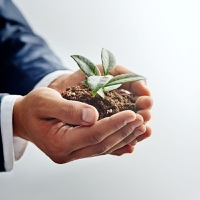 08 Nov 2019 --- In packaging news this week, KFC Canada is set to trial bamboo-based chicken buckets and Absolut Vodka has collaborated with Ardagh to design a glass bottle made with recycled glass shards. Meanwhile, Heineken jumped on the sustainability bandwagon with its transition to recyclable and compostable cardboard beer can rings and Wildcorn’s partnership with Innovia Films resulted in a fully recyclable, mono-material popcorn flexible pack. 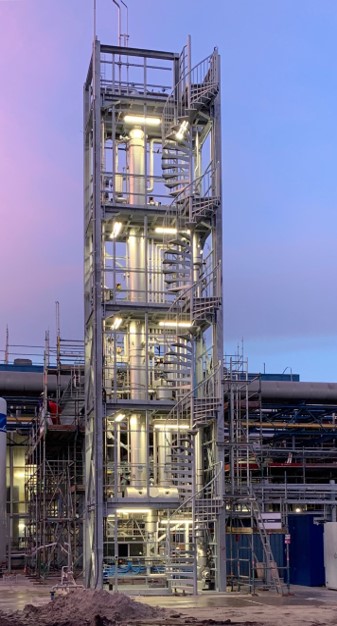 DEstillation Tower Avantium Demonstration Plant.In brief: Business
Avantium inaugurated its plant-based mono-ethylene glycol (MEG) demonstration factory in Chemie Park Delfzijl, the Netherlands, to bring the industry a new solution to reduce the reliance on fossil resources: plant-based MEG. MEG is a vital ingredient in the production of polyesters widely used in textiles and packaging and 99 percent of MEG is typically produced from fossil resources, the company notes. The end-to-end plant-based Ray Technology demonstration plant will cover all process steps in converting industrial sugars to glycols, allowing for the production of MEG and mono-propylene glycol (MPG) samples that are representative of the final product from subsequent commercial-scale plants. Moreover, this market is expected to rapidly grow in the coming decades, providing a great opportunity for the introduction of plant-based MEG as part of the transition to a renewable economy.

SIG is set to acquire Visy Cartons from VisyPak Operations, a subsidiary of Australia-based packaging, paper and recycling company Pratt Consolidated Holdings for AU$70 million (US$48.2 million) subject to customary conditions being met. Visy Cartons will become part of SIG’s business in the Asia Pacific region. Acquiring Visy Cartons will enable SIG to further support its existing customers in Asia who have invested in or partnered with players in Australia and New Zealand. The transaction is expected to close before the end of the year. 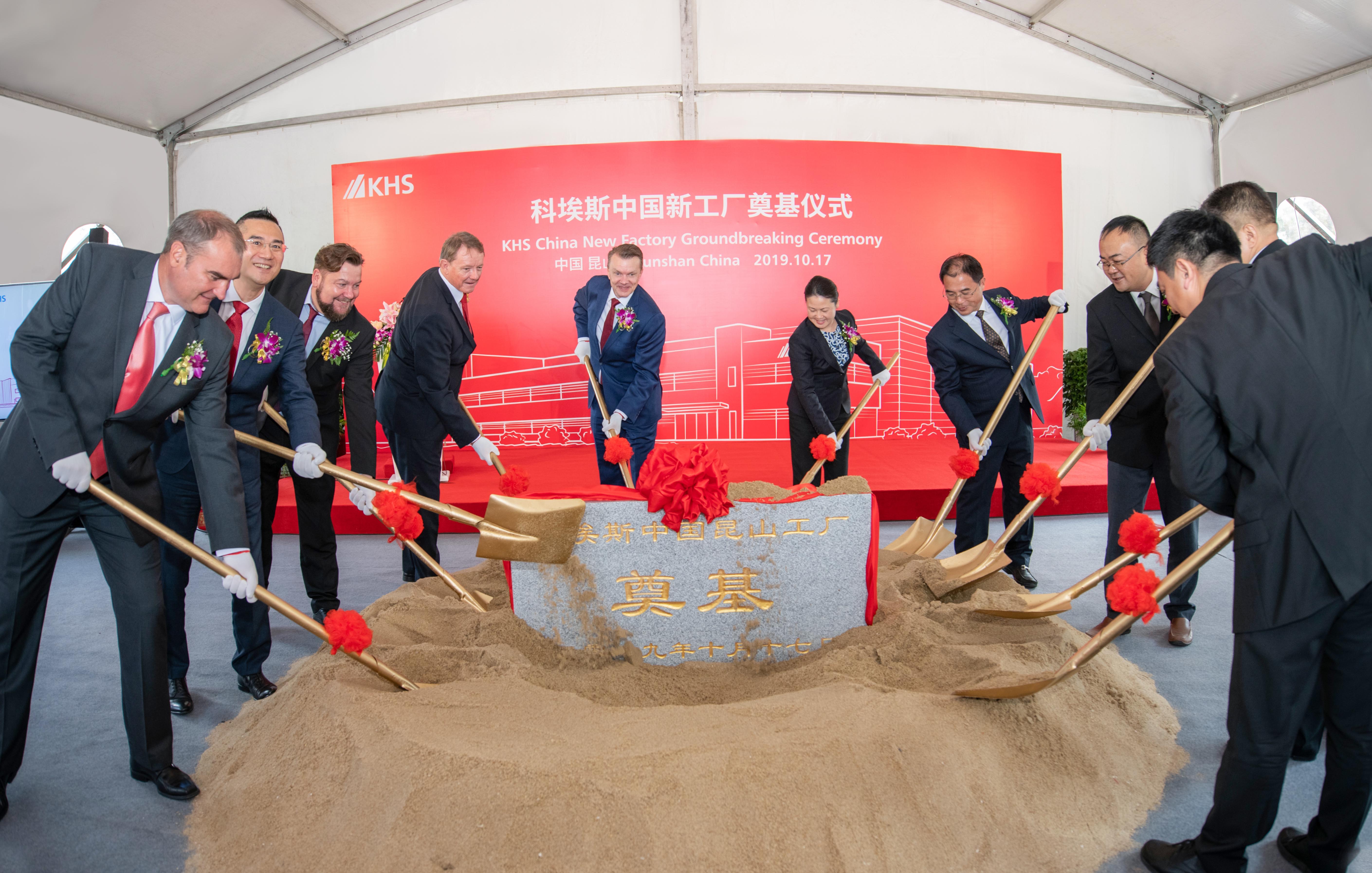 VIP guests from the local government and KHS Group attended the groundbreaking ceremony. Following the opening of its headquarters in Shanghai in 2014, KHS intends to build a new plant and service center in Kunshan, China in a bid to set new standards for company productivity and sustainability. With a total investment of around €10million, the new factory, around 10,000 m² large, will make engineering, production, logistics and service more efficient. Moreover, the Kunshan plant project adheres to the company’s commitment to China and its Chinese customers and enables further expansion in Asia.

On the occasion of the 50th anniversary of the Burgos plant in Spain, glass packaging company Verallia is celebrating the reconstruction of one of the site’s two furnaces, marking a €33million investment. Through this reconstruction, the plant's production capacity has increased by 7 percent to 600 million glass bottles per year, targeting mainly the wine and spirits markets. This expansion makes it the largest of the seven plants the Group owns in Spain and Portugal. In 2020, Verallia aims to invest an additional €10 million to renovate the second furnace at the same plant, marking the Group's ongoing commitment to Spain and the growth prospects that the Group expects. 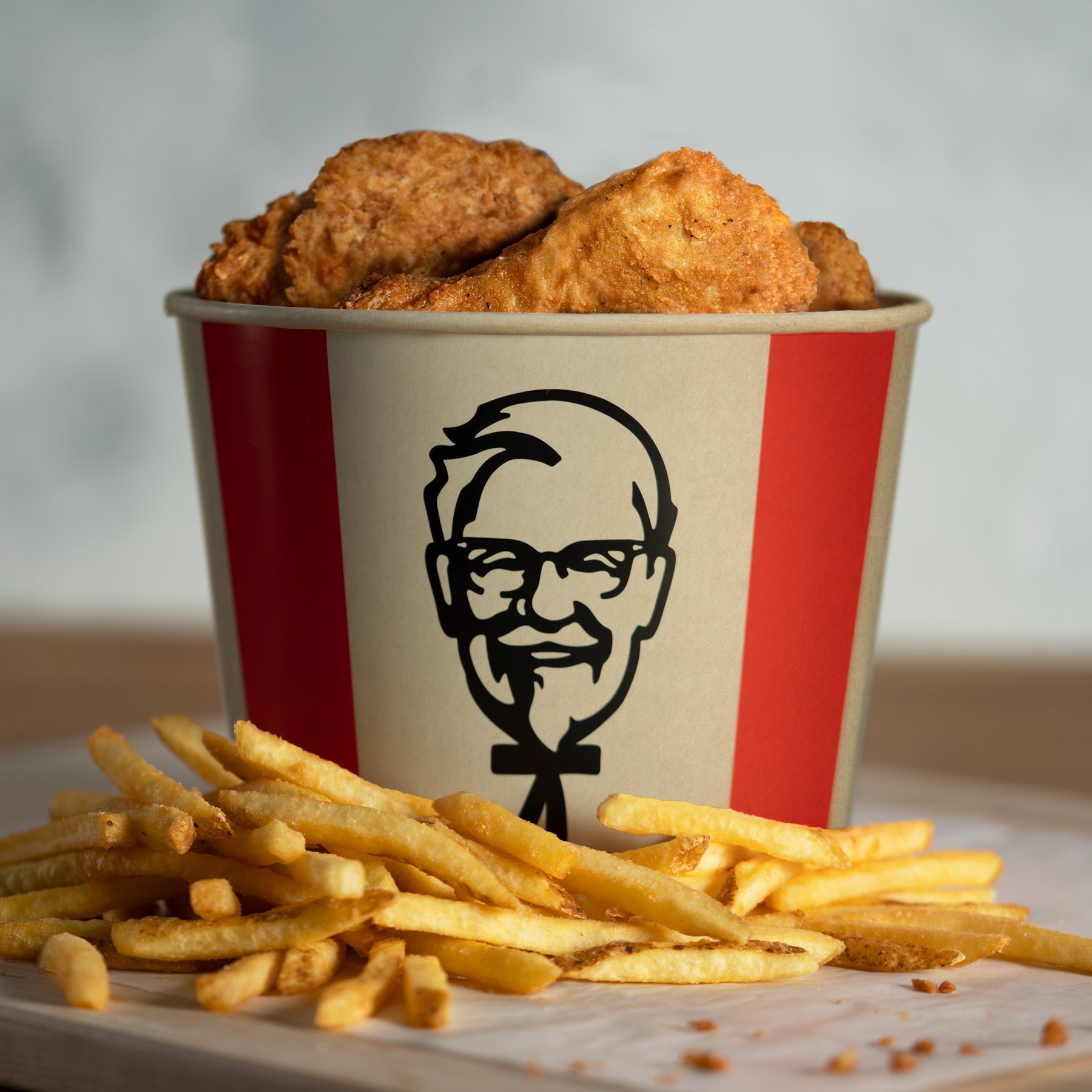 The bamboo-based packaging presents one more step toward a more sustainable future.In brief: Launches
World-famous for their buckets of chicken, KFC Canada is exploring eco-friendly alternatives for its single-use food containers. The company is set to introduce a bamboo fiber poutine bucket in early 2020. Bamboo is naturally antibacterial and 100 percent biodegradable, requires no pesticides, and regenerates itself very quickly when harvested. Moreover, it is one of the fastest growing plants in the world, growing on average 24 inches per day and reaching its adult size in three to five years, compared to 20 to 30 years for trees. The bamboo bucket comes as a move to further adhere to the company’s sustainability commitment. Earlier this year, KFC Canada announced that all plastic straws and bags would be removed from restaurants before the end of 2019. This action alone could eliminate more than 50 million plastic straws and 10 million plastic bags from the communities in which KFC Canada operates.

The joint efforts of Absolut Vodka, Ardagh Group and Drama Queen Communications has brought “Absolut Comeback” to life: a bottle design created with actual pieces of broken, recycled glass to promote and visualize the benefits of recycling. UK, Swedish and German design teams were involved in the 3D print making phase, using digital scanning and virtual sculpting techniques to create the final 3D shape. “Because this is a completely original bottle design, we first needed to create a sculpture by attaching pieces of recycled Absolut bottle glass to a 3D print of an Absolut bottle, to maintain the bottle’s iconic look and shape. The reverse engineering began by digitally scanning the sculpture into our modelling system, then reconstructing the design to work smoothly in production,” explainssays Product Designer John Oczabruk.

Heineken switched plastic rings for 100 percent recyclable and compostable cardboard for its multipack beer cans. A £22million (US$28.2 million) investment in multipack packaging is set to support the company in replacing 517 metric tons of plastic annually by the end of 2021, an equivalent of 94 million plastic bags. This is line with the company’s “Brewing a Better World” sustainability strategy, which has seen the company introduce refillable kegs of draught beer and cider, slash CO2 emissions through investments in new technology and trial deposit return schemes at festivals.

The recyclable trays showcase the bacon in a more consumer appealing way.Innovia Films and German snack manufacturer Wildcorn partnered up to produce fully recyclable and sustainable packaging for Wildcorn’s 100 percent organic popcorn range. The Wildcorn pack consists of a lamination of Innovia’s Propafilm Strata and a white cavitated OPP. The mono-material construction was tested by Interseroh who confirmed that it was fully recyclable, granting the pack the “Made for Recycling” certification. In 2017, the company launched its first sustainability program in partnership with Mellifera (the German head organization for bee protection) to offset itsuse of agricultural resources by planting flower strips to rebuild/maintain ecosystems.

With the help of DS Smith, Morrisons was able to revamped its Best Bacon Ready Packaging solution now equipped with a “first-to-market,” 100 percent recyclable fiber-based corrugated design. This was in a bid to reduce corporate single-use plastic waste. The new design features a fold-over section, which provides inside print opportunity and removes the need for double-face printing. This maximizes branding opportunities and ensures that the on-shelf packaging aligns with the primary pack’s look and feel. Another advantage of the new tray is its improved shelf utilization and pallet fill compared to the previous on-shelf packaging. It reduces shelf replenishment time as there are no perforations to activate and it is simply removed from the transit packaging and placed straight onto store shelves.

Avantium and Henkel partner for bio-based adhesives in electronics

Avantium and Henkel have signed an offtake agreement for five years, under which Avantium will supply Henkel with furandicarboxylic acid (FDCA) produced in... Read More

This week in industry news, Notch raised US$10 million to help restaurants move all their supply chain payments online, Huhtamaki announced it is hosting an audiocast... Read More

Stoli Vodka has released a limited-edition bottle doused in bold, bright colors and messages of inclusivity. The bottle’s purpose is to encourage liberation in the... Read More