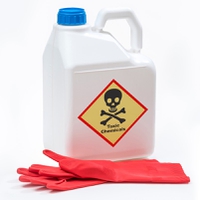 30 Sep 2022 --- This week in industry news, Sappi completed the modernization of its production site in Austria, while Innotech completed a trial in polystyrene yogurt pots. Meanwhile, Graphic Packaging International (GPI) invested in a new tray sealer to boost fiber-based trays in the US.

In brief: Business news
GPI announced an investment in a G. Mondini Trave 350 tray sealer to increase the availability of its PaperSeal range of fiber-based trays in the US and Canada. Developed in partnership with G. Mondini, a specialist in tray sealing technology, the PaperSeal tray is a solution for businesses packaging fresh and processed meat, chilled and frozen meals, cheese, snacks, salad and prepared fruit. Composed of a recyclable paperboard tray with a removable liner, PaperSeal delivers similar performance and shelf life equivalent to traditional trays while reducing plastic by up to 90%.

Sappi completed the modernization of its production site in Gratkorn, Austria. The site produces “more sustainable” fuels and will be used instead of coal to power the paper machines at the company’s largest mill in Europe. During a transitional phase, the new boiler will run on natural gas and biomass. In the future, predominantly biomass will be used. “Our ultimate goal is to use only sustainable and renewable fuels. This will make us more independent in the future, especially in times of gas shortages and uncertainty in the energy market,” explains Sappi Gratkorn managing director Max Oberhumer.

The Innotech polystyrene yogurt cups.In brief: Research and trials
Innotech, Coexpan’s innovation arm, accomplished a trial to supply yogurt cups from high-quality polystyrene from family meal packaging waste. The Styrolution PS ECO 440FC MR100 materials used within the trials – which concerned the European and US markets – were produced and examined to be appropriate for meal contact. Innotech now says it encourages the usage of recycled polystyrene all through the worth chain.

Resino Inks developed an alkali-resistant ink for customers not allowed to use flammable inks during printing. “We aimed to develop a high-quality, water-based ink that can resist alkaline detergents, hot water, and a multitude of chemicals while the print retains its colors,” says the company. “We have dived into our technology toolbox and further developed on existing technologies.” This resulted in a two-component water-based ink tailored to these specific needs.

In brief: Launches and releases
Sainsbury’s own-brand coffee pod range became fully recyclable, with all plastic coffee pods now made from aluminum. The aluminum pods can be recycled at home using a pod recycling device or by emptying them with a teaspoon and then rinsing them before placing them in curbside recycling. The coffee pod range has also seen over a 20% reduction in the amount of cardboard used, with changes to the packaging and cases. The new aluminum packaging means a saving of over 10 million pieces of plastic each year, according to the company.Sappi has completed the modernization of its Austria facility.

Innovia Films launched RayoWrap CMS, a clear BOPP film for shrink wraparound label applications. Produced at its UK production facility, CMS30 provides high shrinkage, but only in the machine direction, making it the perfect film for labeling contoured drinkable dairy and beverage containers. CMS30 is highly printable and designed to give outstanding 360° graphics around the whole label, says the company. This film is made for use on small PP or PE bottles, as it can be easily removed to aid in recycling of the bottle, or the whole labeled container can be recycled in a polyolefin stream.

In brief: Tradeshows and collaboration
Scholle IPN and SIG announced they will join forces at this year’s Pack Expo International at McCormick Place in Chicago from October 23-26, and make their presence as a collaboration. The duo attended last year’s Pack Expo in Las Vegas, but this will be their first show conducted together. “We’re not just offering aseptic cartons or one kind of packaging format – now, we’re capable of providing the whole gamut, from retail to industrial packaging,” says Monte Kimball, director of Retail Business Development for Scholle IPN.

SIG will unveil a new range of F&B solutions at the Gulfood Manufacturing 2022 trade show in Dubai, UAE as the products’ debut in Middle East and African... Read More

This week in industry news, Dow Packaging & Specialty Plastics, W&H and B&B announced the launch of their joint innovation in recyclable plastic packaging at... Read More