05 Jul 2019 --- This week in packaging, Tetra Pak inaugurated Vietnam’s first carton packaging material factory in Binh Duong, creating a regional production hub. The US$135 million state-of-the-art facility will serve both domestic and export markets. Bosch and BillerudKorsnäs announced the development of a new packaging concept called Pearl, which shows how uniquely formed and right-sized small packages – called shaped paper pods – can drive sustainability by utilizing the unique formability of the FibreForm material. Also, global chemicals company Kemira announced that it will participate in the development of 100 percent bio-based chemicals for paper and cardboard production as part of an EU-funded project.

In brief: Business news
Tetra Pak inaugurated Vietnam’s first-ever aseptic carton packaging material factory in Binh Duong, adding the country to its global supply chain map. As Tetra Pak’s eighth factory in the Asia Pacific region, this US$135 million regional manufacturing facility is set to produce aseptic cartons for domestic and export markets in ASEAN, Australia and New Zealand. The liquid food market in Vietnam has been growing at a healthy 6 percent CAGR for the last three years, and is projected to grow at a similar pace during the next three years, as compared to 4 percent growth per annum in the Asia Pacific region and 3 percent globally, Tetra Pak reports. Built for the future, the Binh Duong factory has an expandable capacity of 20 billion packs per annum, currently producing the popular Tetra Brik Aseptic and Tetra Fino Aseptic packages, with the possibility of producing more packaging formats in future.

Click to EnlargeTetra Pak’s US$135 million Vietnam carton packaging material factory in Binh Duong – the country's first.Bosch and BillerudKorsnäs announced an “enhanced collaboration,” which builds on their 2016 first major joint innovation: Sealed Paper Packaging on a vertical form, fill and seal machine (VFFS). The first concrete result of this “enhanced collaboration” is the development of a new packaging concept called Pearl. It aims to show how uniquely formed and right-sized small packages, called shaped paper pods, can contribute to a more sustainable future by utilizing the unique formability of the FibreForm material (3D-formable paper patented by BillerudKorsnäs). The material is processed on machinery from Bosch Packaging Technology, who not only contributes long-standing expertise in forming, filling and sealing of a wide variety of materials to the cooperation, but also ensures the subsequent industrialization of the newly developed technologies for commercial production. Meanwhile, the Wall Street Journal reports that Bosch is advanced talks to sell its packaging technology division to global buyout firm CVC Capital Partners for an estimated US$959 million, including debt.

MULTIVAC took over the FRITSCH Group in a move designed to complement its range of solutions to ensure that, in the future, it will be able to offer complete production lines from one source to the bakery industry. “The takeover of FRITSCH is another important step for MULTIVAC in expanding our range of integrated solutions for processing and packaging food products. Thanks to the processing solutions from FRITSCH, we will continue to extend our presence in the bakery industry, where we have already been able in recent years to implement some very challenging projects for automated packaging solutions,” explained Christian Traumann, Director and Group CFO of MULTIVAC.Click to EnlargeBosch and BillerudKorsnäs' Pearl packaging concept can contribute to a more sustainable future by utilizing the unique formability of the FibreForm material.

Nelipak, a leading provider of custom designed rigid packaging for the medical device and pharmaceutical industries, announced that it has been acquired by Kohlberg & Company, a private equity firm headquartered in Mount Kisco, NY. The business will continue to operate under the name of Nelipak Healthcare Packaging.

In brief: Sustainability action
Kemira, a global chemicals company, joined a four-year EU-funded project which aims to develop 100 percent bio-based chemicals, produced from renewable raw materials. In addition, the project aims to develop new means to improve production efficiency at pulp mills with higher utilization of wood biomass. The project, which was kicked-off in May 2019, has received €5.9 million (US$6.65 million) funding from the Bio Based Industries Joint Undertaking (BBI JU), under the EU’s Horizon 2020 research and innovation program. The total budget of the project is €9.6 million (US$10.8 million) and it is one of several undertakings aimed at developing a sustainable bio-based industry sector in Europe. In addition to Kemira, the project involves different organizations across Europe: Ecohelix (SE), Avantium Chemicals BV (NL), Metgen Oy (FI), Novamont Spa (IT), Fundacio Universitaria Balmes (ES) and Graanul Biotech Ou (EE) and Spinverse (FI). 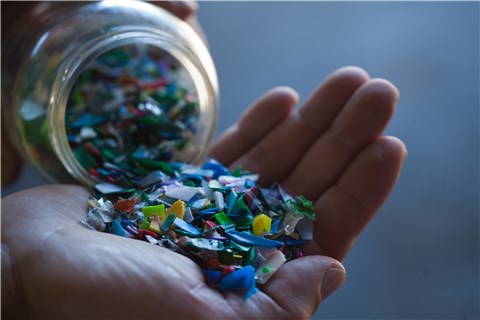 Click to EnlargeBraskem's project to eliminate unpleasant odors from post-consumer recycled plastic resins has received 154 submissions.Braskem, the Americas' largest thermoplastic resin producer and world-leading biopolymer producer, launched last year a partnership with Innocentive, a global platform that leverages innovative research, with the goal of eliminating unpleasant odors from post-consumer recycled plastic resins. The project has now received 154 submissions from around the world, with 25 solutions selected for the second phase and eight finalists selected for testing. Two German researchers presented the best option and received US$30,000 for their technological development.

Elopak has become one of the first companies in the world to formally pledge to cut greenhouse gas emissions in line with the new criteria set by Science Based Targets initiative, aiming to keep the global average temperature increase below 1.5 °C. This new commitment aims for a 56 percent reduction in Elopak’s 2017 level of emissions by the year 2030. Elopak also commits to the continuous supply of renewable electricity and to reduce emissions from its value chain by 16 percent.

Tetra Pak is the world's leading food processing and packaging solutions company. Working closely with our customers and suppliers, we provide safe, innovative and environmentally sound products that each day meet the needs of hundreds of millions of people in more than 170 countries. With more than 24,000 employees around the world, we believe in responsible industry leadership and a sustainable approach to business. Our motto, “PROTECTS WHAT’S GOOD™," reflects our vision to make food safe and available, everywhere.

We are specialists in complete solutions for the processing, packaging and distribution of food products. Our solutions are specifically designed to be as economical with resources as possible. Dairy products, beverages, ice cream, cheese, food and vegetables and pet food are examples of products that can be processed or packaged in Tetra Pak® processing and packaging lines. We focus on keeping the consumption of all raw materials and energy to a minimum during both the manufacturing process and distribution. The processing solutions are also designed to treat the products gently.

Our products are divided into several categories:

Our customers need faster, better and cheaper developments to reduce their operational costs and to increase performance in order to remain competitive. We invest in technology and new products in response to customers, consumer and market dynamics. There are 6 Tetra Pak R&D centres engaged in numerous projects in various parts of the world.

We are committed to running our business in an environmentally sound and sustainable way. We set goals for continuous improvement in our development, sourcing, manufacturing and transportation activities. As part of that commitment, we take a long-term and lifecycle view, continually improving environmental performance, communicating openly with our stakeholders and reporting regularly on our performance.

Food for Development helps drive development of the entire dairy and food value chain, by working with customers, governments, development agencies, funding organizations and NGOs all over the world. Through strong public-private partnerships, we grow markets for Tetra Pak – and our customers – at the same time as supporting development in emerging countries and increasing access to nutrition worldwide.

We work closely with governments and international agencies all around the world to implement school feeding programmes to ensure that children get access to safe food and education, at the same time as creating demand for locally produced and processed quality milk.

19 Feb 2020 --- Nick Brown, Head of Sustainability at Coca-Cola European Partners (CCEP) has cautioned that swapping out plastics for other materials without addressing the... Read More