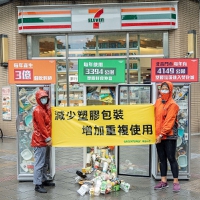 Speaking to PackagingInsights, Greenpeace East Asia campaigner Cony Chang says the goal of single-use plastics elimination “sends a strong message to the retail and FMCG industries that they too must take action.”

“We hope this announcement catalyzes more retailers to commit to a full phase-out of single-use plastics in Taiwan and around Asia, and we urge that the timeline is sped up.”

Activists call for reuse
Greenpeace declared the commitment a “big deal,” noting 7-Eleven is a central part of life in Taiwan. Nowhere else on earth is the store more densely located, with over 6,000 chains nationwide.

However, activists are demanding the timeline be sped up and a commitment to reuse and refill schemes be emphasized.

“Their announcement indicates they have finally realized they must take responsibility for their contribution to plastic pollution,” comments Chang.

“7-Eleven Taiwan has already set up a number of reuse pilot programs – these must be expanded dramatically,” she urges. “We call on 7-Eleven to be transparent about the progress, review its plans every six months and report back to the public.”

“Once a reuse system is set up, it is extremely easy to replicate across all kinds of products.”

7-Eleven’s struggle with plastic
According to its public data, 7-Eleven Taiwan used 8,398 tons of plastic to sell private-label food and beverage brands in 2019, including recyclable plastic, single-use plastic and degradable plastic. 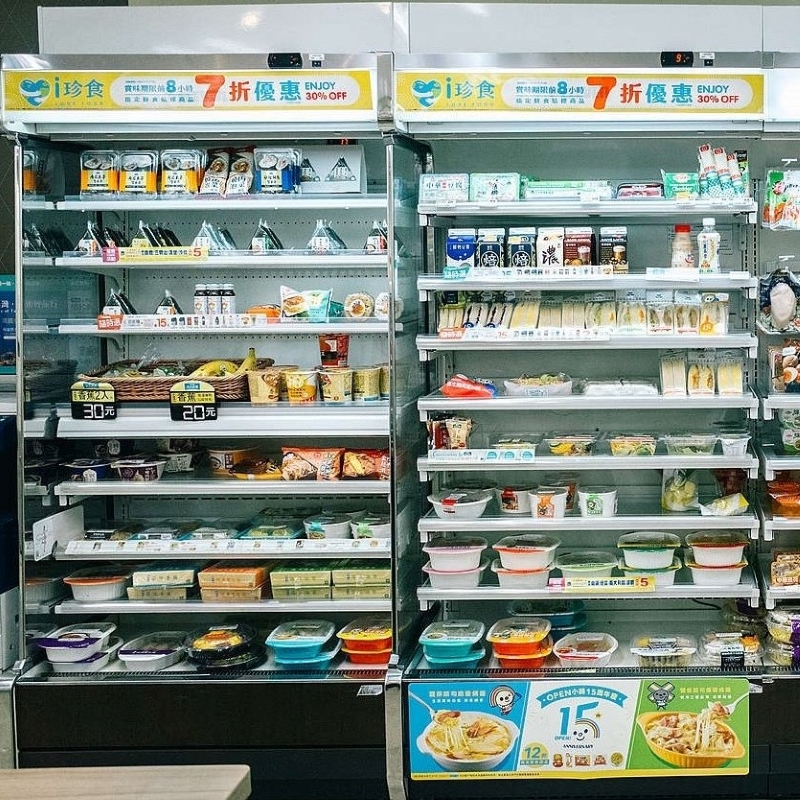 Click to EnlargeSingle-use plastic bags, straws and utensils will be banned nationally in Taiwan by 2030.In its 2019 Corporate Social Responsibility Report, the company claims to have recycled over 676 metric tons of plastic from 5,010 stores nationwide. Meanwhile, its non-recyclable waste totaled 42,253 metric tons.

The store had originally promised to reduce its plastic use by 10 percent before 2030.

At least 30 percent of the waste was found being sent to incinerators.

Greenpeace Taiwan released a report criticizing the chain for lacking any holistic or substantive commitment to deal with the issue.

Sidestep or solution?
Despite the convenience store appearing to have responded to public pressure, John Hoceva, Greenpeace USA Oceans campaigner, is skeptical of the commitments.

“It is not clear from 7-Eleven’s announcement whether the company plans to simply move toward other single-use materials that shift the environmental burden elsewhere.”

7-Eleven reportedly pledged to use more materials containing polylactic acid, which Taiwan does not currently have the infrastructure to degrade.

“We know there is no such thing as ‘away,’ and all of this packaging is devastating to our waterways, forests, communities and health. To truly make a difference for both the environment and people, 7-Eleven must work to shift toward systems of refill and reuse that change how people experience convenience,” says Hoceva. 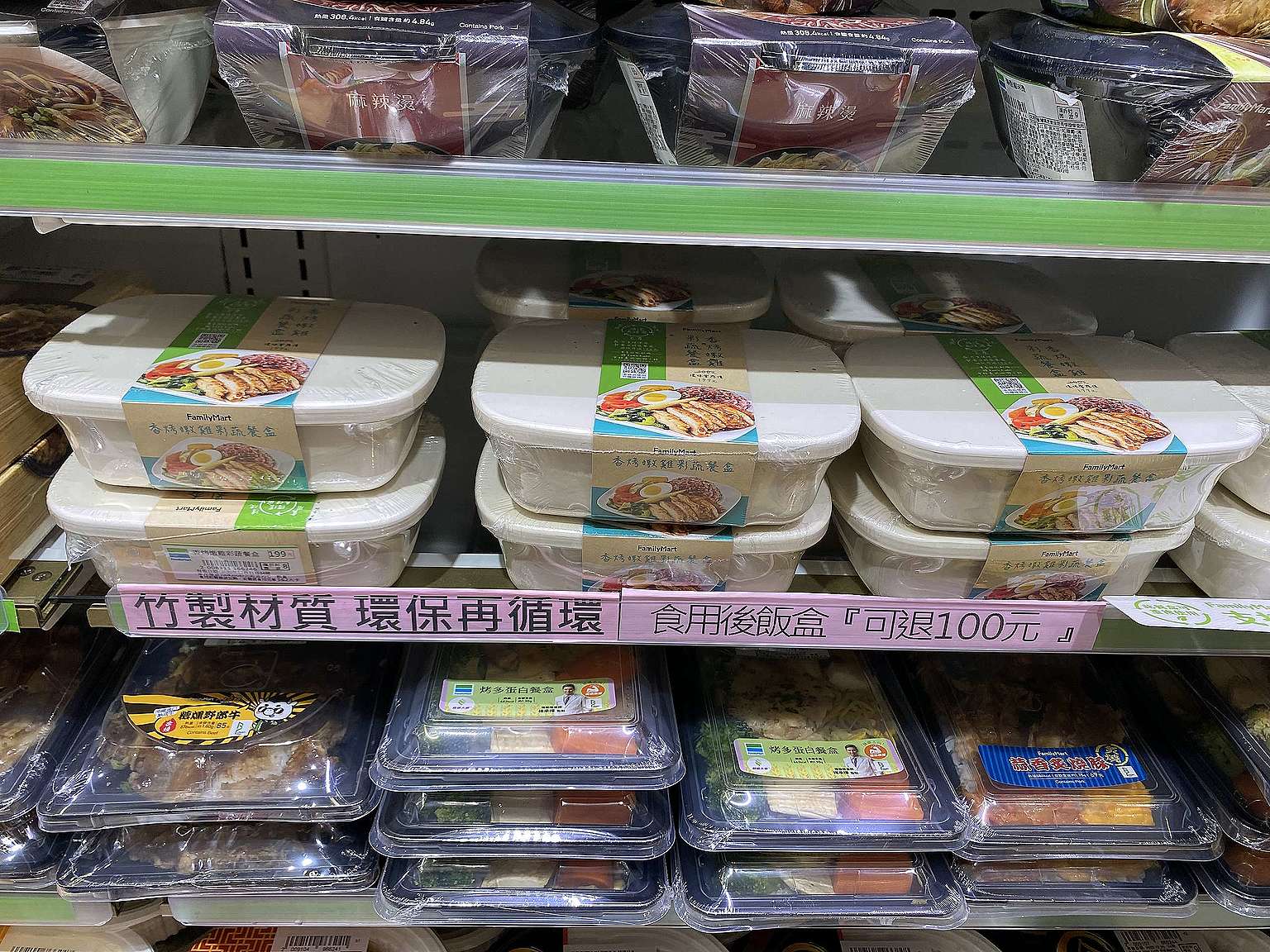 Click to EnlargeFamily Mart is selling cooked meals with reusable containers in the Taipei 101 branch store as a trial for implementing plastic reduction policies.

Calls for government intervention
Meanwhile, Chang stresses the commitments made by 7-Eleven must be replicated by other major chains throughout Taiwan and bolstered by national and international legal policy.

“Some of the parent companies of retailers in Taiwan are international companies, for example Carrefour and RT-Mart (Groupe Auchan). They operate globally and face different levels of restrictions in different regions,” she stresses.

“We call on the government to set legally binding national and local targets to phase out all single-use plastics and set time-bound targets for specific sectors, for example, beverages, food and e-commerce, to adopt reuse systems,” says Chang.

“This can incentivize standardization of reusable packaging and provide financial incentives to help businesses shift to reuse and packaging-free approaches.”

Give it back: EU non-alcoholic beverage industry requests priority access to rPET amid downcycling concerns