You are in : All News > Banding with Bakbuk: Consumers would embrace elastic recycling innovation, finds Ecoams Planet

18 Jan 2022 --- New research compiled by Israeli recycling innovator Ecoams Planet is touting the potential impact its Bakbuk invention could have on global plastic waste. The patented elastic band solution shrinks PET beverage bottles by as much as 80%.

The band weighs roughly 0.07 grams, has an elasticity of 700%, and can shrink a bag that typically carries six bottles down to 26. “The knock-on impact for transport, waste systems and emissions could be massive,” Morris Amsellem, founder and CEO of Ecoams Planet, tells PackagingInsights.

Surveys conducted on behalf of the company show that 75% of US consumers would immediately shrink beverage bottles after use if the band were available. Over a third say, they would be more influenced to buy a product if they carried this solution. Moreover, 69% of consumers say they would be willing to spend more money for a drink that had this option.

“Our goal for the next two years is to develop Bakbuk globally. We are setting up an international strategy with sales representatives in different countries to negotiate with beverage manufacturers,” says Amsellem.

Banding with Bakbuk
Since launching in 2016, the company has gained patents in 68 countries. US financial consulting firm Deloitte has valued the company at a potential several hundred million dollars over the next five years, claims Amsellem.

“Our commitment is to bring a simple and useful solution to improve the whole recycling process. That’s why this invention aims to involve all the actors in the recycling chain. First of all, the beverage manufacturers who are – rightly – under enormous pressure on this issue.” 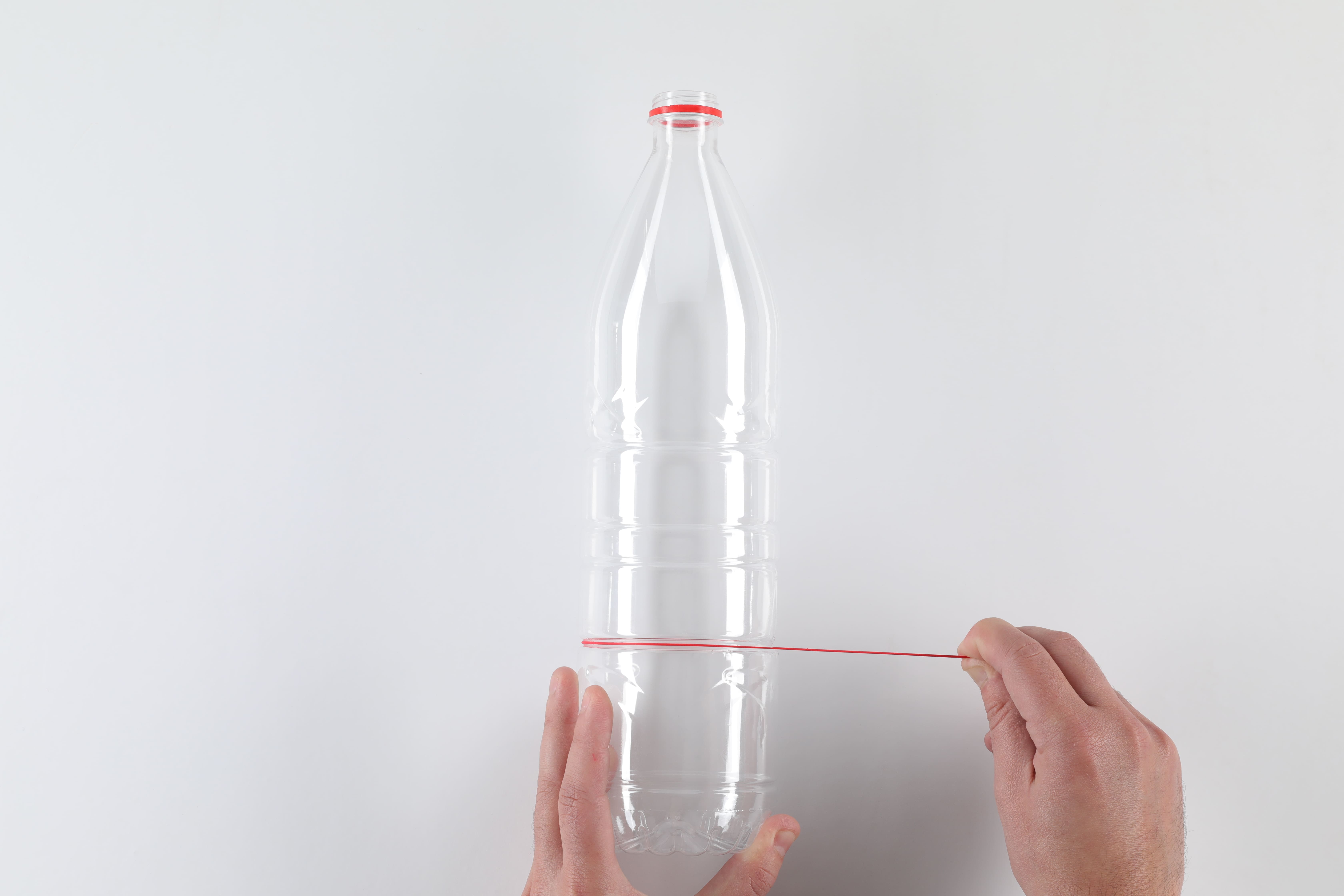 The elastic is food-grade and has an elasticity of 700%.The company is actively looking for beverage manufacturing partners to develop the market and enable the industry to “finally bring a simple solution” to their consumers, he continues.

“We wanted to find an easy and useful way to compact plastic bottles without using the cap since it is not made of the same PET material as the plastic bottles.”

“This is a problem that people worldwide encounter as plastic bottles take up space and complicate the sorting process. This invention is a way to make each consumer responsible for recycling.”

Consumer acceptance
The company has compiled research on how consumers feel about its invention and found that in many key markets, consumers are eager to gain access to such inventions as a means of aiding the recycling process.

In Norway, 78% of surveyed respondents say they think Bakbuk is an important invention, 48% of which say they would pay extra for bottles with the band, and 23% would pay kr 0.50 (US$0.05) per bottle extra.

These findings also hold true in Asian markets. In Japan, 74% of consumers say the invention is important, and a further 73% say they think it would “considerably ease” the burden of recycling. A further 30% say they would be willing to pay JPY¥0.10 (US$0.09) extra per bottle. 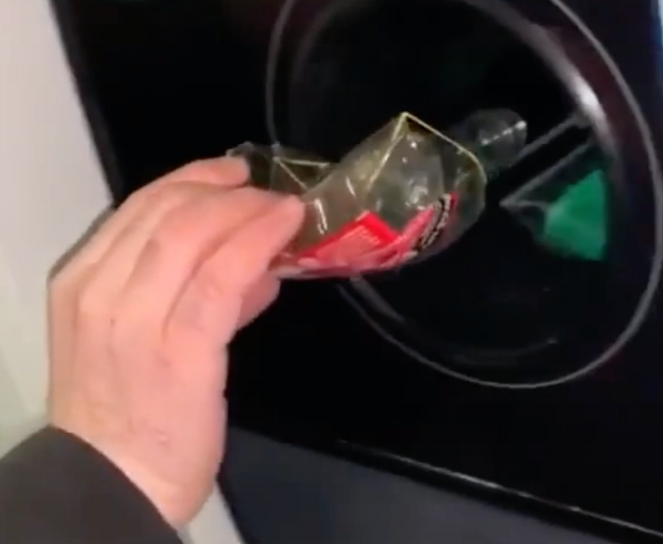 Bottles using Bakbuk are recognized in reverse vending machines.Amsellem also points to the size of beverage markets throughout the world, for which usually only a handful of major companies have dominance. In Germany, for example, the soft beverage market was valued at €6.6 billion (US$7.5 billion), for which 50% of the market is owned by two players: Coca-Cola and Mitteldeutsche Erfrischungsgetränke.

If Bakbuk were able to connect with leading companies such as these, the impact on national recycling and associated environmental footprint could be enormous, he concludes.

rPET availability concerns
Plastic recyclate is a growing issue for industry, with the price of recycled PET (rPET) having risen 103% over the past year, according to data group ICIS, due in part to a boom in demand by companies seeking to fulfill their recycled content pledges.

Policymakers and packaging producers are looking for ways to make recycling easier and increase the availability of materials like rPET. The EU’s Single Use Plastics Directive imposes a 90% collection rate for plastic beverage bottles by 2029 and a minimum of 25% recycled plastic in PET bottles from 2025, rising to 30% from 2030 in all beverage bottles.

To meet these demands, inventions like Bakbuk could be key in supporting the collection of plastic bottles for recycling. Bottles shrunken with the band are recognizable in reverse vending machines, which are a central part of proposed Deposit Return Schemes throughout Europe.

Meanwhile, Amcor recently designed a container that collapses in a controlled way, leaving less chance of lost material during the sorting and recycling process. The invention addresses the issue of small spirit bottles often falling through the cracks during recycling.

Design-for-recycling at RETAL: A day in the life of a packaging engineer