You are in : All News > Carbon-cutting king: Danone’s evian achieves global CO2-neutral certification 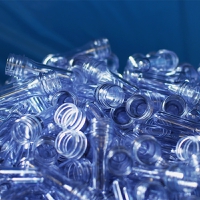 22 Apr 2020 --- In time for Earth Day, Danone mineral water brand evian has achieved carbon neutral certification from the Carbon Trust in all the countries where the brand operates. evian achieved carbon neutrality through a range of measures, including lightweighting its bottles and continuously increasing the proportion of recycled PET (rPET), up to 100 percent in the case of UK evian bottles from April 2020. The brand also invested US$280 million to upgrade its French bottling site, which is now powered entirely by renewable energy, and shifted towards lower carbon logistics, including one of the largest private railway stations in France.

In advance of the signing of the Paris Agreement on climate change, the French multinational Danone committed to carbon neutrality across its full value chain by 2050. Taking its first steps towards meeting this goal, the business – owner of a wide portfolio of consumer brands across over 140 global markets – decided to use its flagship natural water brand, evian, to prove what could be possible. This involved pledging that the brand would become carbon neutral on a worldwide basis by 2020.

The Carbon Trust has been working with evian since 2017 to provide carbon neutral certification, initially for its products sold in the US and Canada and its bottling plant in Evian-Les-Bains, France. In 2019, evian extended the scope of the project to provide carbon neutral certification for its products sold in Germany and Switzerland, and now for all markets in which evian is sold.

“The certification process is robust. To achieve our carbon neutral certification, evian measured the full lifecycle footprint of all of its products from cradle-to-grave. The Carbon Trust then reviewed the data collection, modeling and calculations, and certified the carbon footprint analysis in accordance with the GHG Protocol Product Life Cycle Standard,” Silvana Centty, Senior Consultant at the Carbon Trust, tells PackagingInsights. 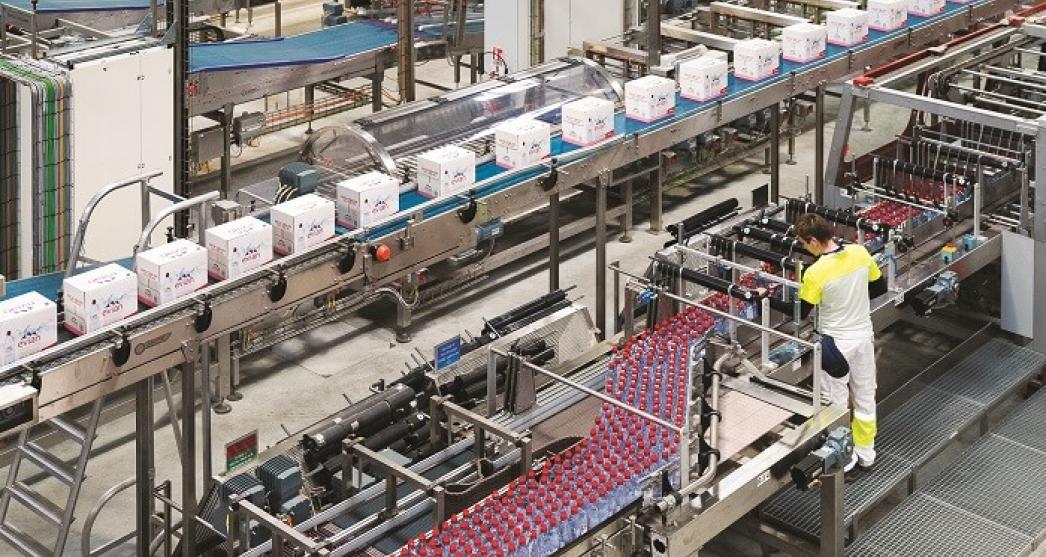 Click to Enlargeevian invested US$280 million to upgrade its French bottling site, which is now powered entirely by renewable energy.“In accordance with the PAS 2060, evian also submitted a carbon management plan with a focus on carbon reduction programs and respective targets, a qualifying emission statement, and evidence of offsets covering the entirety of the carbon footprint,” Centty explains.

Danone currently displays the Carbon Trust’s footprint label on bottles of evian sold across the US and Canada to demonstrate its carbon neutral status to customers.

“[This] announcement comes at a moment when we are seeing, in real-time, what can happen when we reduce our impact on the planet. Emissions are lower and pollution levels have dropped,” notes Shweta Harit, Evian Global Brand Vice President.

evian evolves into carbon neutral linchpin
Using evian as a pilot for other parts of Danone’s business, the company introduced a range of low carbon initiatives to reduce the environmental impact of the product. Having already reduced its total industrial energy consumption by 29 percent per liter of evian between 2008 and 2017, further reductions include: 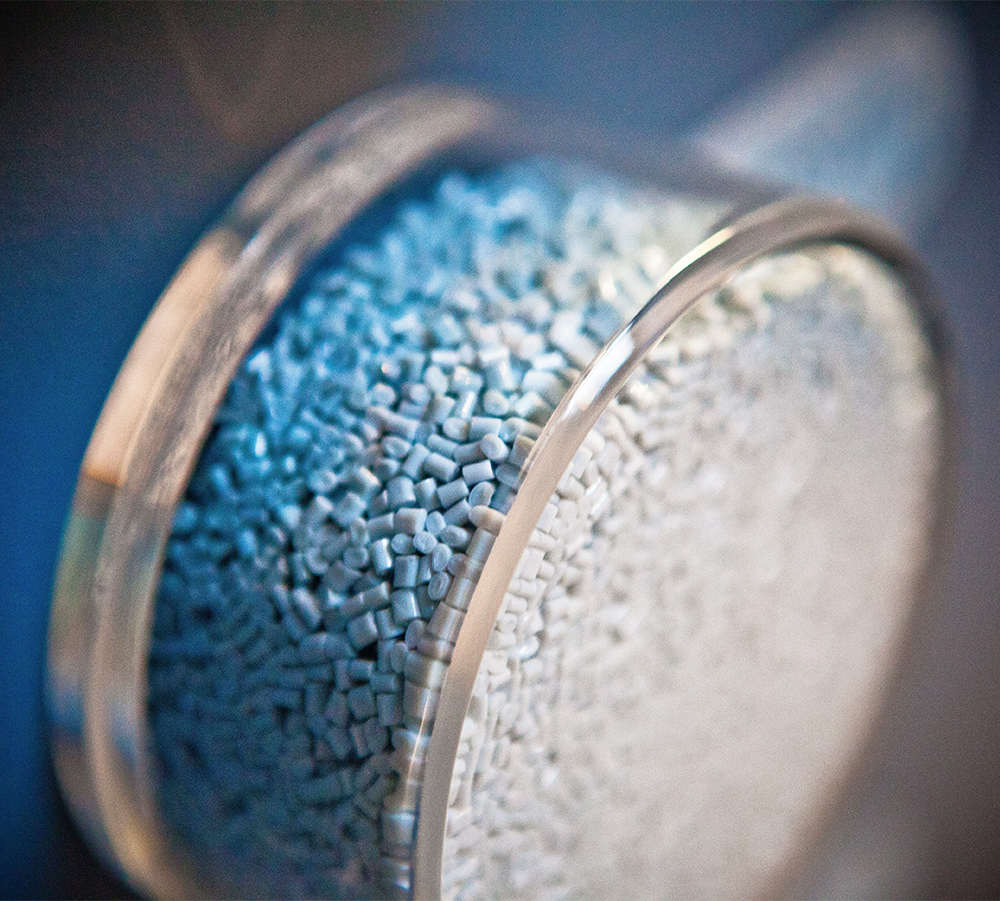 Click to Enlargeevian bottles in the UK will be made from 100 percent rPET from April 2020.In March, Danone water brands, including evian, Volvic, AQUA and Bonafont, committed to achieving 100 percent rPET use throughout Europe by 2025 as part of the recently-announced “WeActForWater” initiative. The brands will also target 50 percent rPET use worldwide. According to Evian, rPET can reduce carbon emissions by 50 percent compared to virgin plastic bottles. The brand has also lightweighted its 1.5 L bottles for a reported 17 percent reduction in the packaging’s carbon footprint between 1993-2018.

A carbon neutral footprint is one where the sum of the greenhouse gas emissions (CO2e) produced by a product or service is offset by natural carbon sinks and/or carbon credits, according to the Carbon Trust.

The Carbon Trust certifies organizations and products as carbon neutral in accordance with PAS 2060 – the internationally-recognized certification standard for the demonstration of carbon neutrality.

For a product to be certified as carbon neutral, the following must be achieved:

Harnessing the power of trees
To achieve certification from the Carbon Trust, a company must also use Gold Standard, VCS and Woodland Code UK carbon credits for offsetting.

In parallel to evian’s global carbon reduction action plan, since 2008 the brand partnered with the Livelihoods Carbon Fund to help preserve and restore water ecosystems and local communities through the plantation of 130 million trees worldwide, 85 million being mangroves helping to strengthen vulnerable coastal ecosystems. 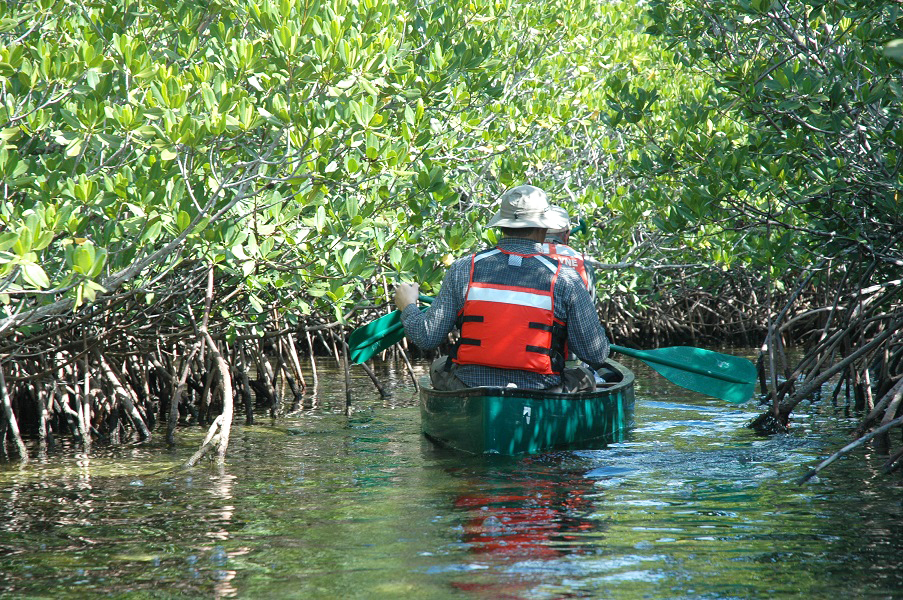 Click to Enlargeevian has planted a reported 85 million mangroves since 2008 as part of its carbon offsetting efforts.These trees lock away carbon emissions from the atmosphere, resulting in the creation of carbon credits, enabling evian's US and Canada territory to achieve carbon neutral status. Over time, evian’s sustained actions to reduce its emissions, combined with the purchase of credits through the Livelihoods Carbon Fund, have enabled the global brand, beyond the US and Canada, to reach carbon neutrality.

“To achieve carbon neutrality requires a company to commit to certifying their product’s carbon footprint but, more importantly, to have a plan to reduce this footprint and demonstrate that they have actioned this plan every year,” Centty continues.

“Our carbon neutral certification requires an annual review and re-certification process and therefore evian will need to update their carbon footprint and demonstrate that they have actioned their carbon management plan and achieved carbon emission reductions annually.”

“Having a complete understanding of the product’s carbon footprint and ensuring reductions are achieved year-on-year can be challenging for some companies,” she notes.

Cutting carbon was the key theme of Packaging Innovations 2020 in Birmingham, UK. This ambition manifested itself in a wealth of plastic and plastic-free innovation at the show, with suppliers keen to demonstrate how their solutions could reduce carbon footprint without compensating for pack shelf-appeal, convenience and functionality.

09 Apr 2021 --- Diageo is revealing its involvement in a successful pilot project to pioneer the lowest carbon footprint glass bottles “ever produced” for a Scotch... Read More

17 Mar 2021 --- Danone is launching formula milk in pre-measured tab formats in the UK. Resulting from a partnership with Japanese food manufacturer Meiji, the move responds to... Read More