You are in : All News > Packaging Innovations 2020: Industry converges to consider cost of carbon 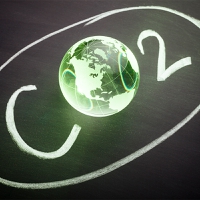 09 Mar 2020 --- Cutting carbon was the key theme of Packaging Innovations 2020 in Birmingham, UK. Nobody will deny that the scourge of packaging pollution remains an urgent global issue, but increased attention to climate change has led the packaging industry to also reevaluate its role in bringing greenhouse gases back down to manageable levels. This ambition manifested itself in a wealth of plastic and plastic-free innovation at the show, with suppliers keen to demonstrate how their solutions could reduce carbon footprint without compensating for pack shelf-appeal, convenience or functionality.

During the show’s ‘Big Carbon Debate,’ some argued that plastics are essential to reducing carbon due to their relatively low energy-intensive production and shelf-life extending capability to fend off food waste. However, others contended that plastics-alternatives, including biodegradable and compostable solutions, offer viable sustainability without the pollution.

“I fear the argument against plastics has become emotional,” said Simon Balderson, Managing Director of Sirane, a specialist in plastic-alternative packaging, during ‘The Big Caron Debate.’ “People aren’t anti-plastic because of the carbon footprint, they are anti-plastic because they see images of dead whales.” Balderson called on the industry to work collaboratively to find solutions for greater environmental sustainability in a sentiment that was echoed throughout the show.

Coveris' DuraLite R next-generation shrink film solution.Another ‘Big Carbon Debate’ participant, Robert Fell, who is Director and CEO of the Metal Packaging Manufacturers Association (MPMA), tells PackagingInsights that he “was reassured by the general acceptance that any transition to a lower carbon economy would need to be underpinned by a more holistic approach and that a materials ‘turf war’ would not resolve the carbon debate.”

Carbon a key measurement
Michel Steinecke, R&D Sustainable Packaging Manager for Britvic, was keen to illustrate that sustainability in packaging is a complex issue and that carbon footprint as a measurement is becoming increasingly relevant to the industry.

“Brand owners and manufacturers cannot let perceptions drive their decisions or we run the risk of making sustainability decisions that have unintended consequences in the future. With plastics, for example, we see consumer preferences that are not always based on facts. From our brand owner perspective, we need to find solutions that satisfy consumers and have a more positive environmental impact,” explains Steinecke.

“Plastics are lightweight, unbreakable and resealable – moving to other materials without addressing some of the fundamental challenges of material collection and treatment risks could increase other environmental impacts,” agrees Nick Brown, Head of Sustainability at Coca-Cola European Partners (CCEP). “The solution is to take a more holistic approach and ensure the range of impacts are understood when making any change.”

FFP's Esterseal easily-separable plastic pack. “Carbon is definitely becoming a relevant topic within packaging, which means not just considering packaging’s end of life. I support Packaging Innovations’ decision to choose this as the main topic – it will be the future focus for brand owners,” Steinecke adds.

Likewise, Libby Peake, Senior Policy Advisor at Green Alliance, tells PackagingInsights that “initially, we saw a lot of concern about plastic pollution as a standalone issue. More recently, some, including the Circular Economy Task Force, are highlighting that if we just address plastic and don't think about other impacts, we could be causing damage further down the line that we could avoid now if we took a better approach.”

Carbon-cutting creations
Through a wealth of innovation in plastic, plastic-hybrid and plastic-free packaging, suppliers at Packaging Innovations 2020 came prepared to discuss the carbon-cutting credentials of their latest solutions, as well as more sustainable end-of-life disposal options.

Coveris also launched its RecyclaLite sandwich skillet during the show, which features a notably thin, reduced film gauge and peel function. The latter is incorporated in the pack design, encouraging the separation of the film from the board by consumers, or making separation easier during the recycling process. RecyclaLite is marketed as Coveris’ most lightweight skillet to date with no compromise to protective, functional and shelf-life benefits. Innovia Films and Wildcorn's shelf-life extending popcorn pack.

With easy-separation in mind, FFP launched Esterseal, a resealable pack that has been classified as “Recycle” by OPRL and can be collected in its entirety through the existing waste collection system. The Esterseal film is not detached from the tray, allowing the consumer to put the entire pack into their pots, tubs and trays kerbside waste stream.

Combating food waste
If food waste was a country, it would be the world’s third-biggest greenhouse gas emitter behind China and the US, according to the United Nations Food and Agriculture Organization (FAO). Packaging innovation to reduce food waste is a key area of R&D for many plastics packaging suppliers in particular, as they look to balance relatively poor recycling rates with impressive shelf-life extending capabilities.

In a notable example, Innovia Films and the German snack manufacturer Wildcorn worked together to produce a fully recyclable pack that boasts a highly effective barrier to aroma, mineral oils and oxygen even at high relative humidity levels, ensuring increased shelf-life and reduced food waste.

Meanwhile, Bulgarian-German supplier Intrama showcased what it calls the world’s thinnest high barrier film, mainly for food packaging. The significance of the material being so thin is that it reduces carbon footprint while maintaining food safety standards and high-barrier protection.

Eco-e-commerce
In the e-commerce space, a partnership between Smurfit Kappa and Dutch patented technologists Rollor Packaging culminated in the unveiling of the Rollor fiber-based pack at Packaging Innovations 2020. Promising crease-free delivery of garments in an eye-catching sushi roll-inspired style, the Rollor pack is 100 percent renewable, recyclable and biodegradable.The Berry M&H Postal Pack for e-commerce.

“Further, in 60 percent of cases, the carbon volume metric of the Rollor is lower than a standard box, and there is also 90 percent less reconditioning needed when items are returned, which also helps the carbon footprint,” Herwin Wichers, Market Development Manager at Smurfit Kappa tells PackagingInsights.

Also in box innovation, Box Latch demonstrated its easy-to-use, box flat closure system that enables many forms of packaging to be reused multiple times, as opposed to the one-off use of tape and staples. The innovation is distributed by Item Products, based in the UK. By integrating the product into their supply chain systems, operations and supply chain, managers can significantly reduce material costs.

Meanwhile, Berry M&H exhibited the Postal Pack range, which is available for both solid and liquid contents and is ideal for mail order products with varying neck and closure specifications. The Postal Pack range maximizes efficiency of space and, by extension, lowers carbon footprint.