You are in : All News > ChemCycling project eyes growth as BASF invests US$22m in Quantafuel 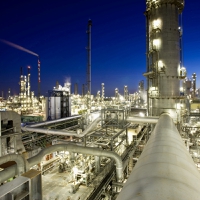 09 Oct 2019 --- As part of its ChemCycling project, BASF will invest €20 million (US$22 million) in Quantafuel, a specialist for the pyrolysis of mixed plastic waste and the purification of pyrolysis oil. The partners aim to further develop Quantafuel’s technology for chemical recycling, consisting of an integrated process of pyrolysis and purification, towards optimizing the output for the use as feedstock in chemical production. In a second step, Quantafuel also plans to license the jointly developed technology to other parties. The investment will be facilitated via the subscription of new shares and via the grant of a convertible loan.

“With a share of less than 1 percent, chemical recycling has so far played only a minor role globally in the recovery of plastic waste. This is because attempts to develop the technology in the past have been abandoned due to lack of economic competitiveness with the use of virgin raw material,” Dr. Christian Lach, Head of the ChemCycling project at BASF, tells PackagingInsights.

BASF investigated chemical recycling technology in the late nineties but did not previously take the step from pilot to commercial scale due to the lack of economic sustainability. “It is only now that we believe society has reached a point where we are ready to create the conditions necessary to implement the technology on a large scale,” he continues.

PackagingInsights witnessed the first result of the ChemCycling project at FachPack 2019 in Nuremberg. Mondi was presenting its stand-up pouch that is safe for food contact and partly made with raw material derived from chemically recycled plastic. BASF processed the virgin-grade material into a multilayer laminate for food packaging for COROOS private label products and its own A-brand, Servero. In total, 12 percent of the stand-up pouch’s content is made of ChemCycled material.

Quantafuel plans to start up a pyrolysis and purification plant with a nameplate capacity of approximately 16,000 metric tons per year in Skive, Denmark, in the fourth quarter of 2019. For a minimum of four years after the plant starts production, BASF will have a right of first refusal to all pyrolysis oil and purified hydrocarbons from this plant. Additionally, BASF will use these secondary raw materials for its ChemCycling project to develop the market for chemically recycled plastics with selected customers.

Click to EnlargeMechanical recycling is only suitable for so-called thermoplastics such as PE, PA or PS, which may be transferred into a liquid state. Meanwhile, at BASF’s Ludwigshafen site, the recycled raw materials will be fed into the production site, thereby partially replacing fossil resources. The company aims to deliver the first commercial supply volumes of Ccycled products – those based on chemically recycled plastic waste – to selected customers once the Quantafuel plant reaches full capacity. The parties also aim to build jointly owned plants to produce purified hydrocarbons via chemical recycling in a bid to increase commercial offers.

“The investment underlines BASF’s commitment toward a sustainable use of resources and the development of a circular economy model for plastics,” says Hartwig Michels, President Petrochemicals, BASF. “Moreover, the partnership is a first step to build up a broad supply base for Ccycled products. This enables us to support our customers in achieving their sustainability targets.”

Weighing up chemical recycling
Mechanical recycling is only suitable for so-called thermoplastics such as polyethylene (PE), polyamide (PA) or polystyrene (PS), which may be transferred into a liquid state. Crosslinked plastics such as rubber will not melt and can thus only be ground and used for applications such as filler materials.

“Since the chemical structure of the plastics remains unchanged during mechanical recycling, very clean single-stream waste is required. Even then, recycled plastics produced by mechanical recycling generally do not achieve the same level of quality and purity as virgin plastics. This is because impurities remain in the recycled plastic and the properties of the plastics are changed during the use-phase and reprocessing,” says Dr. Lach.

This can be problematic in areas such as food packaging, he continues. However, in the case of applications where it can be used successfully, mechanical recycling is probably the most energy efficient option.

Plastics used in chemical recycling are broken down into their components and go through a number of chemical processes before being turned into new materials. This means that they require less processing and sorting than in mechanical recycling in order to achieve the desired properties of the products based on recycled feedstock.

“Thus, this technology will create a recycling option for plastic waste that is currently incinerated or landfilled. For example, this could be because the degree of contamination is too high or sorting is too costly, such as in the case of small-scale packaging,” Dr. Lach explains.

However, various technological and regulatory issues stand in the way of rolling out chemical recycling globally. “The first chemical recycling plants approaching commercial scale have been set up. However, processes and technologies must be further developed for routine use on a large industrial scale so that raw materials like pyrolysis oil are permanently available in necessary quantities, at consistently high quality and at competitive prices. Regulators must also determine how chemical recycling and mass balancing approaches can be included in the calculation of recycling targets and quotas,” concludes Dr. Lach.

29 Nov 2019 --- The UK’s December General Election will inevitably center on Brexit, but another policy issue growing in significance is the global plastic waste crisis and... Read More

15 Nov 2019 --- Fortune 500 global plastic manufacturer Berry and global chemical industry leader SABIC have announced a collaboration to drive the innovation and use of polyolefin... Read More