22 Jan 2020 --- Coca-Cola will not stop using plastic bottles completely, due to steady consumer preference. This is according to the company’s Head of Sustainability Bea Perez, who spoke during the World Economic Forum (WEF) in Davos, Switzerland yesterday. Despite growing consumer demand for plastic alternatives, a move away from plastic bottles could increase the company’s carbon footprint and compromise on product safety, she says. Moreover, the move could alienate customers and hit sales. Despite Coca-Cola’s efforts on improving its bottles’ recyclability, environmental campaigners maintain that many Coke bottles would still go uncollected and end up in landfills.

Proactively being “part of the solution” is key to Coca-Cola. “We won’t be in business if we don’t accommodate consumers. As we change our bottling infrastructure, move into recycling and innovate, we also have to show the consumer what the opportunities are. They will change with us,” Perez told the BBC.

“Packaging waste is a major and growing problem, and we recognize that we have a responsibility to help solve it. All packaging has a potential environmental impact, so it’s not as simple as saying one format is better than another,” a Coca-Cola spokesperson tells PackagingInsights.

This change does not have to necessarily move away from plastic packaging entirely, the company maintains, as plastic offers crucial product advantages. At WEF, Perez emphasized how plastic bottles are resealable and lightweight, which are staple qualities for packaging safety, transportability and consumer convenience.

Rather, the discussion headed away from plastic reduction and more into the direction of its recycling. Tim Brett, President of Coca-Cola Europe, reiterated that it is not so much a “packaging problem,” but more of a “waste and litter problem.”

“There is nothing wrong with packaging, as long as we get that packaging back, we recycle it and then we reuse it again,” Brett insisted. 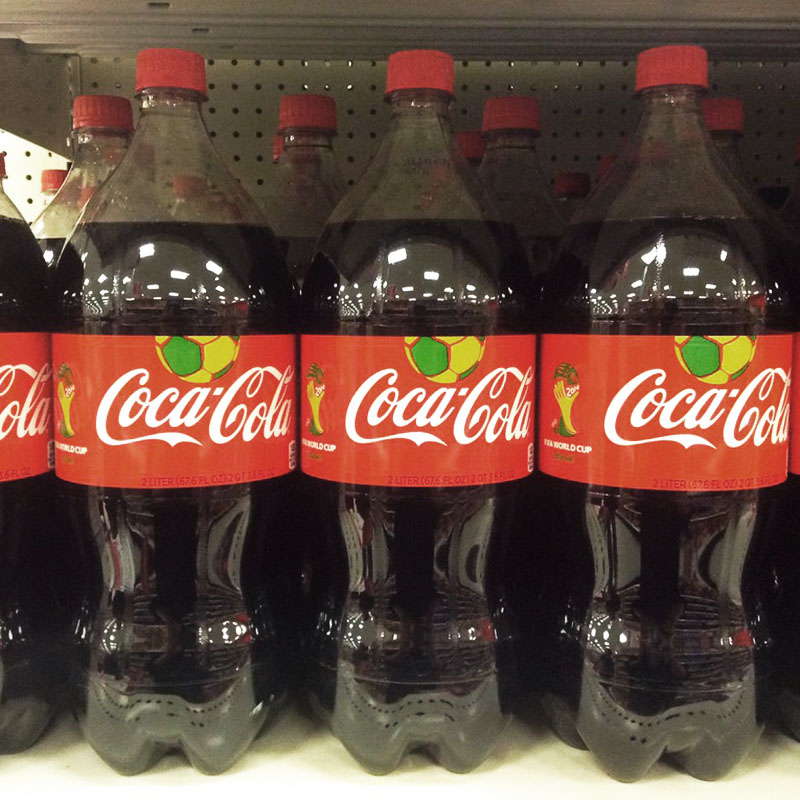 There is nothing wrong with packaging, as long as we get that packaging back, we recycle it and then we reuse it again, Coca-Cola exec says.Last year, Nick Brown, Head of Sustainability for Coca-Cola European Partners (CCEP), spoke to PackagingInsights about the multifaceted challenge of increased environmental sustainability in packaging. Furthermore, Brown discussed Coca-Cola GB’s increased use of recycled plastics, its support for a nationwide Deposit Return Scheme (DRS) and strategies to improve consumer recycling.

Not everyone agrees, however, that recycling is the best option. Daphna Nissenbaum, TIPA’s CEO and Co-Founder, attending WEF yesterday, told PackagingInsights “We are all under the impression that every piece of plastic can be recycled, but it is not. Recycling is not one answer to all packaging,”

Echoing a similar sentiment, a Break Free From Plastic report last October not only named Coca-Cola, alongside Nestlé and PepsiCo, as the world’s “top polluting companies,” but also blasted the FMCG heavyweights for only offering “false solutions to the plastic pollution crisis they have created.” Essentially, recycling will not solve the issue, and making a product recyclable doesn’t mean that it will be recycled, nor will it remove the adverse human health impacts of the chemicals in plastics, the report warned.

Recycling spotlighted
Coca-Cola states that it manufactured three million metric tons of plastic packaging, or 200,000 bottles a minute, just last year. In turn, the company has pledged to use at least 50 percent recycled material in its packaging by 2030. Moreover, it is committed to recycling as many plastic bottles as it uses, by the same year. 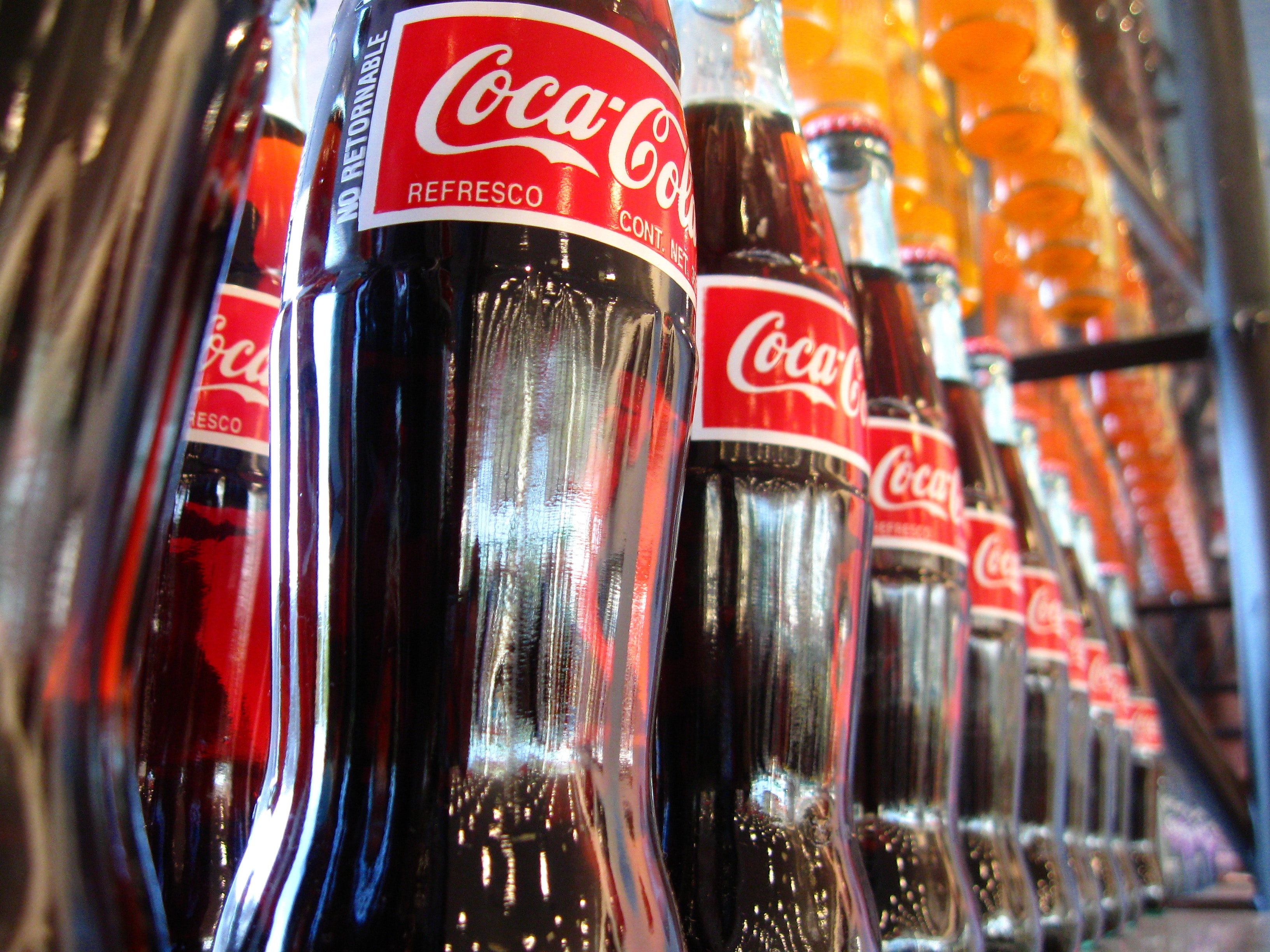 Perez asserted that using only aluminium and glass packaging could push up the firm's carbon footprint. Coca-Cola also used WEF as a platform to announce its partnership with Chinese online retailer JD.com (JD). The collaboration is set to leverage JD’s nationwide logistics system in a pilot to help collect used beverage bottles from households. The collected bottles are being sent to recycling facilities in partnership with the beverage behemoth, set to enter the circular value chain.

“Our new partnership with JD, with its in-house logistics infrastructure and e-commerce platform, is an exciting opportunity to explore a localized approach to bring back used PET bottles and recycle them into other useful products.” James Quincey, Coca-Cola Chairman and CEO, explains.

In similar efforts, last November, Coca-Cola Sweden announced plans to source the entirety of material for its plastic bottles from 100 percent recycled material, targeting the elimination of 3,500 metric tons of virgin plastic each year from national production.

The Coca-Cola spokesperson states the company has creating a circular economy set as its goal. “There are advantages to polyethylene terephthalate (PET) plastic. It can be easily recycled into a new bottle, so we do believe it has a role to play. The challenge comes, like with all packaging, when it is not disposed of properly. That’s why we’re focused on ensuring packaging is recovered and recycled so it can be turned into new packaging,” they conclude.

At WEF, Perez also said she agreed with calls for Coca-Cola to reach its environmental goals – sooner than 2030.