You are in : All News > Dow’s Marco ten Bruggencate named Plastics Europe president at “challenging but exciting time” 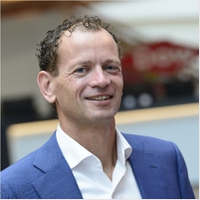 Bruggencate says he is “proud” to be taking up the role at this “challenging but exciting time.”

“We are under no illusions about the scale and complexity of our industry’s transition and recognize the critical part we play in cutting emissions, reducing waste, and increasing circularity. To reach our ambitions, we will continue to take bolder decisions and positions, and with a strong emphasis on actions over words,” he says.

“We do not control all the various levers for this transition, and we do not have all the answers to the challenges we and the wider plastics system face. Collaboration with all stakeholders will be key.”

Steilemann also spurred efforts to reduce plastic pellet loss in the environment with the launch of the European Operation Clean Sweep certification scheme in collaboration with European Plastics Converters. Bruggencate faces numerous challenges as the European plastics industry transitions to a circular economy.

Steilemann comments: “The world can’t do without plastics, especially for securing a net-zero future for Europe. As continued fossil fuel usage is likely to trigger a catastrophic climate breakdown, the need for effective collaboration between our industry, our value chain and policymakers are right now.”

“Accelerating systems change within the plastics industry and working on a better policy framework are prerequisites for this and investment and innovation. Plastics Europe plays a crucial role here, and I wish my successor Marco ten Bruggencate the best of luck in his new role as president.”

Hard times for plastics
Bruggencate, based in Switzerland, joined Dow 22 years ago. In his new role as president of Plastics Europe, Bruggencate will oversee the organization’s environmental sustainability plan in line with the EU’s Green Deal and climate-neutrality goals.

Bruggencate begins his rule of the association at a particularly difficult time. He faces having to oversee the implementation of broad legislative frameworks and far-reaching circular economy targets. Recently, Plastics Europe joined dozens of other organizations in the EU warning that poor enforcement of laws like the Single Use Packaging Directive is leading to Single Market fragmentation.

Dow is investing in new recycling technologies to progress the global circular plastics economy for packaging. The materials science company is furthering its... Read More

Dow is revealing that its post-consumer recycled (PCR)-rich resins, branded Revoloop, are the first PE compounds to be certified in accordance with the Standard UNE-EN... Read More

Dow has signed a Memorandum of Understanding (MoU) with one of China’s leading F&B groups, Want-Want, to drive zero-solvent emissions and develop a circular... Read More