You are in : All News > EU-funded Aimplas project chemically converts unrecyclable plastic waste into additives

15 Jun 2021 --- A European project called Life Ecomethylal has developed a modular chemical recycling system capable of converting 1 kg of non-recyclable waste into 0.5 kg of methylal, a substance used as a solvent and raw material to produce new plastics.

Aimplas maintains the obtained products are of interest to the packaging, automotive, electronic and construction industries. The five-year project was co-funded by the EU and is now coming to an end. 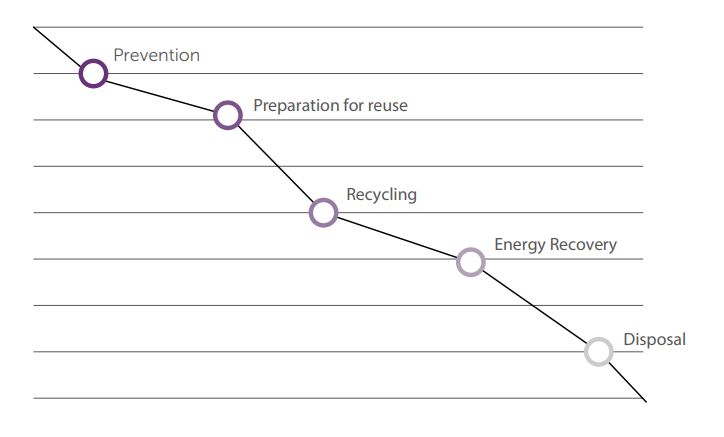 Click to EnlargeThe project highlights recycling is preferred to energy recovery but both are above disposal, as per the waste hierarchy (Credit: Life Ecomethylal Layman Report).Cost considerations
The CHGP process allows for less waste transport and more local processes. The plants can be installed in waste management facilities, both in the transformation of plastics for their waste and in recycling plants as complementary processes.

“The price [of the project’s methylal] is equivalent [to conventional virgin materials], but one has to take into account the environmental benefit of this product,” says Verdejo.

She also flags the cost of landfilling the unrecyclable plastic waste itself, which the CHGP process saves on.

In 2018, 29.1 million metric tons of plastic waste were collected in the EU for treatment. Currently, three-quarters of plastic waste is valued to obtain new recycled materials (32.5% recycled) or energy (42.6%). The remaining quarter, however, is sent to landfill.

The project result is a small modular pilot plant in operation since late 2019 at three different locations: Castelló and Ibi in Spain, and Rijeka in Croatia.

The pilot consists of two main units: a gasification unit and a synthesis unit. The pilot plant requires small space and low investment, while continuously running and reducing energy consumption.

The pilot plant has achieved a 36 percent process efficiency (kg methylal per kg plastic waste), which could be increased to 50 percent by improving temperature and pressure control at the industrial plant.

The savings are achieved by collecting and optimizing residual heat flows from the gasification unit and the exothermic reactions of the gas to liquid reactors and the oxidation reactor in the synthesis unit.

The compact size of the technology allows it to be implemented at the waste manager’s facilities, optimizing existing resources and avoiding waste transport. 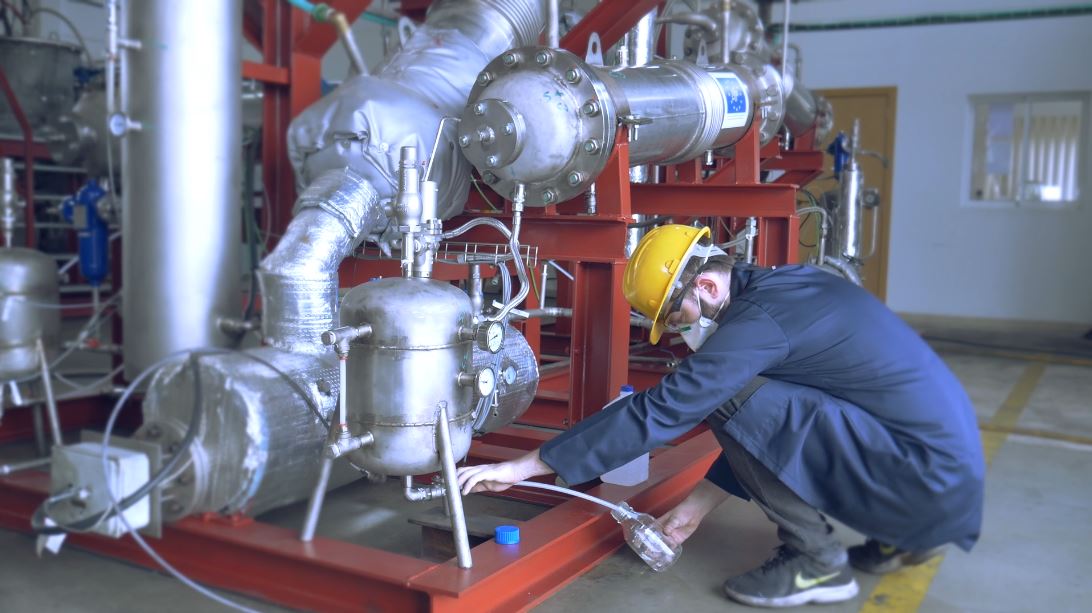 Aimplas also spearheaded an investigation into turning fish and municipal waste into biopolymers and other barrier packaging materials.

Read more about the potential of chemical recycling for food-grade packaging applications on page 28 of June’s edition of The World Of Food Ingredients.

15 Jul 2021 --- Zero Waste Europe is scrutinizing the European Commission’s proposal for the reform of the EU Emissions Trading System (ETS) regulation because it leaves... Read More