You are in : All News > European Bioeconomy Alliance slams EU’s methodology for fossil-fuel versus bioplastic LCAs

01 Dec 2021 --- The European Bioeconomy Alliance has criticized the EU’s methodology for Life Cycle Assessments (LCAs) comparing bio-based with conventional plastics, labeling it “not fit for purpose” and favorable to fossil-based options.

“Together with other bio-based industries, we support LCAs as a valuable instrument to measure environmental sustainability,” comments Hasso von Pogrell, managing director of European Bioplastics (EUBP).

“Unfortunately, the approach of the Joint Research Centre (JRC) in this study lacks important elements crucial for a fair, comparative assessment of bio-based and fossil-based plastics. As a result, it clearly favors conventional plastics made from fossil resources.”

Amid the LCA methodology criticism, EUBP revealed today at the European Bioplastics Conference in Berlin, Germany, that global bioplastics production will more than triple over the next five years (2021-2026), according to market data compiled in cooperation with the nova-Institute. 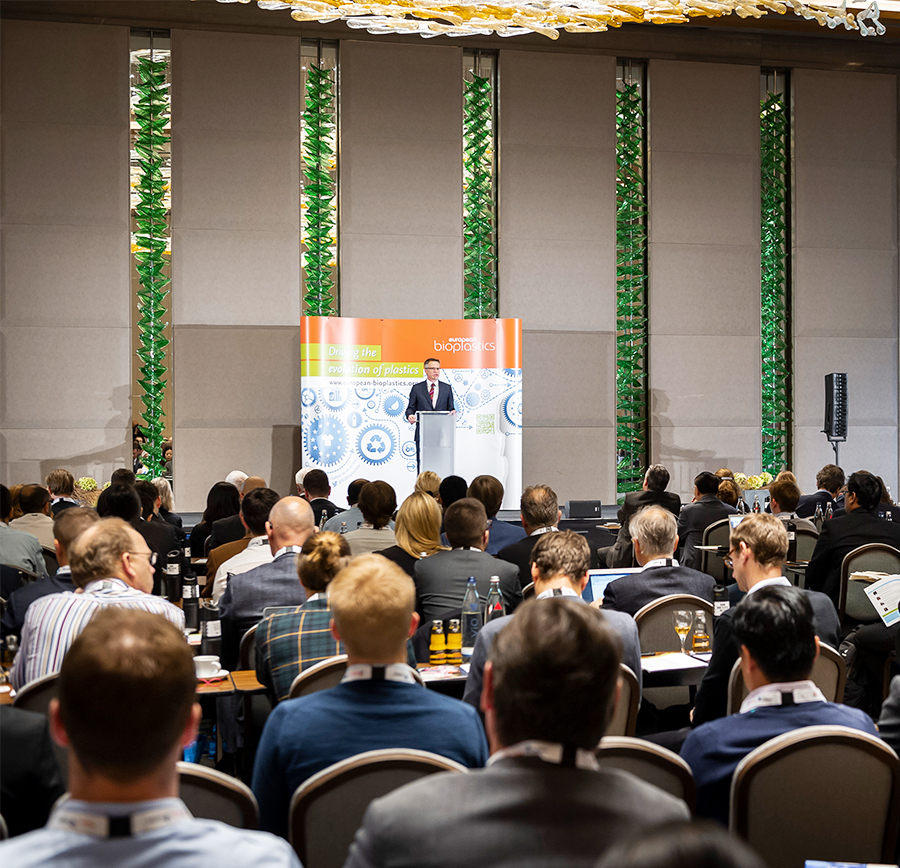 Methodology mishaps
Over the past three years, EUBP and other industry stakeholders were invited to provide input on the LCA methodology comparing bio-based to fossil-based plastic products. EUBP indicates it provided a comprehensive amount of expertise in close exchange with the JRC.

“However, the final methodology still clearly favors fossil over bio-based plastics, compromising many deliverables set out by the European Green Deal,” EUBP states.

According to EUBP, the most problematic aspect of the methodology’s approach is omitting the added value of biogenic carbon sequestration. This omission undermines the key advantage of bio-based products, which is to remove carbon dioxide from the atmosphere and store it in products, replacing fossil carbon and reducing the emission of greenhouse gases, it argues.

“We strongly recommend including the uptake of biogenic carbon as a mandatory part of any comparative LCA,” adds von Pogrell.

EUBP claims the methodology includes several other flaws preventing a fair and balanced evaluation. Notably, the different maturity levels of fossil- and bio-based production systems have not been considered sufficiently, and data reporting requirements, in general, show significant differences. 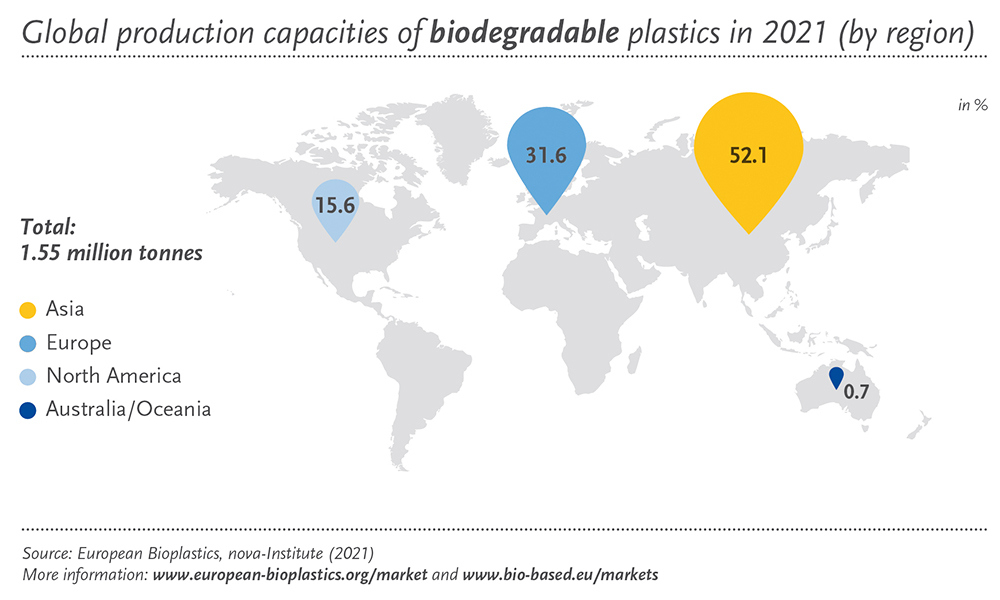 Global production capacities of biodegradable plastics in 2021 by region.

The methodology also does not reflect the existence of multiple end-of-life realities and fails to treat all recycling options, including organic recycling, equally, adds EUBP.

EUBP has summarized the methodology’s most significant flaws in a new position paper supported by the European Bioeconomy Alliance, of which EUBP is a member.

Bioplastics and the Green Deal
Speaking at the European Bioplastics Conference, François de Bie, EUBP chairman, made a case for the bioeconomy as a significant enabler of European Green Deal goals.

“In 2019, there were various reports to underscore the big benefits the bioeconomy and bioplastics could deliver at EU-level. [The article says] the EU bioeconomy employs 18 million people with a turnover of €2.3 trillion (US$2.6 trillion) per annum.”European bioplastics producers have long argued for more favorable EU legislation to support market growth.

Since then, the European Commission has launched the European Green Deal. De Bie argues bioplastics can fulfill six of the nine focus areas in this “very ambitious” agreement:

Climate change and microplastics
De Bie also points to a Bennington College Beyond Plastics report from 2019, suggesting plastics could outstrip coal’s greenhouse gas emissions by 2030 in the US.

“I’m not saying bioplastics are the single solution to the [climate change] problem, but with the reduced carbon footprint and typically less non-renewable energy needed to produce them, bioplastics can definitely be part of the solution to reducing overall greenhouse gas emissions.”

On the microplastics front, De Bie highlights a local Dutch newspaper report, which reported microplastics are present in the blood of cows.

“Biodegradable bioplastics are not the single solution [to microplastics] because, of course, plastics should not be littered and end up in the environment. But we know for sure when a biodegradable material ends up in the environment, sooner or later it will be consumed and go away and not be resistant in nature for a very long time,” he concludes.

European packaging industry associations have submitted a joint letter to EU leaders warning that fragmentation of the Single Market is undermining progress toward the... Read More

H2 Green Steel has secured offtake supply agreements for over 1.5 million tons of its carbon-reduced steel, which it will begin producing in 2025. The company says the... Read More