You are in : All News > European metal industry faces “life-or-death” winter as energy prices cripple production 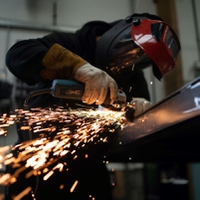 08 Sep 2022 --- European metal industry associations are warning that the current energy crisis poses an “existential threat” to their future. They urge EU leaders to take immediate emergency action or accept “permanent deindustrialization.” Metal production is highly energy-intensive, and Russia’s decision to slash gas exports to Europe in the wake of the Ukraine war has sent prices soaring.

In a letter to the European Commission (EC) yesterday, nearly 50 organizations say their industry will face a “life-or-death” moment this winter. The letter claims that half of the EU’s aluminum and zinc capacity has already been forced offline due to the power crisis.

Significant curtailments in silicon and ferroalloys production and further impacts throughout the copper and nickel sectors are also occurring. In the last month, several companies have had to announce indefinite closures, and many more are on the brink.

Producers face electricity and gas costs over ten times higher than last year, far exceeding the sales price for their products, says Eurometeaux, the chief signatory of the letter.

“We are deeply concerned that the winter ahead could deliver a decisive blow to many of our operations, and we call on EU and Member State leaders to take emergency action to preserve their strategic electricity-intensive industries and prevent permanent job losses,” reads the letter.

The metal industry could soon be facing mass layoffs.Kelly Roegies, communications manager at European Aluminium, tells PackagingInsights: “Production is being slashed across the EU, mainly because of the skyrocketing energy costs, but also because of lack of adequate indirect costs compensation schemes or incentives to sign long-term power contracts . We fear that we haven’t seen the end of this worrying trend yet."

“Downstream actors in the aluminum semi-fabrication and recycling sector are equally facing 10 times higher energy costs. These processes heavily rely on gas and have no immediately available substitution options.”

“They will soon be out of business if no solutions are found.”

Energy concerns
These price rises have arisen from a confluence of factors, including the war, the EU’s stringent environmental and energy independence goals, and the difficulty of competing against international prices.

However, in raising energy prices so dramatically, the EU may be hindering its own environmental progress, say the associations.

“Europe’s clean energy goals require a competitive and growing metals sector to ensure a secure supply of the extra raw materials needed to shift away from fossil fuels. Base metals, battery metals, and other metals are all needed in higher volumes for Europe’s grid infrastructure, electric vehicles, solar panels, wind turbines and hydrogen electrolyzers.”

“We actively support [the EU’s] drive to improve Europe’s strategic autonomy for its energy transition, and we want to make the long-term investments needed into advancing and expanding our operations ready for 2050.”

However, the group says its operations and the infrastructure needed will not be available unless the EU is prepared to deal with the “perfect storm” of sky-high electricity prices, insecure gas supplies, continued nuclear and coal-phase out, and the remaining power sources being insufficient to cover market needs.

Roegies adds that these circumstances mean foreign competitors can continue taking over the market. “While Europe is facing a real existential threat, China is ramping up its capacity and replacing European production. Europe really cannot afford to become more dependent on unreliable trade materials for a material that is a critical component in virtually all low-carbon technologies: from batteries to electric vehicles and wind and solar power to energy-efficient buildings.”

Policy shifts Aluminum is already under threat from Chinese trade, which can now profit even further from European turmoil.
If the EU is to save itself from an impending metal industry collapse, says the letter, a number of immediate and drastic actions must be taken centrally by preventing the price rises in fossil fuels.

Moreover, improving the temporary state aid framework, which was introduced to allow EU member states to help the economy during the COVID-19 outbreak, should be raised above the €50 million (US$50 million) threshold, they assert.

On top of this, the EC should “promote and incentivize the use of renewable power purchase agreements through immediate regulatory action to improve conditions for industrial consumers and a massively accelerated roll-out of renewables generation.”

Other recommendations include minimizing the impact of extra carbon costs from the Emissions Trading System, providing further support to companies through capping taxes and surcharges on electricity and gas, and creating an emergency EU relief fund for energy-intensive industries.

Metal woes
The energy crisis complicates an already disastrous year for the European metal industry. In January, European Aluminum filed two court cases against the EC for failing to prevent China from dumping cheap metal in the market illegally.

This development followed a critical shortage in the global magnesium supply, which threatened to “catastrophically” derail the European packaging industry after the Chinese government began slowing production to reduce the country’s energy consumption.

Magnesium is an essential alloy for producing packaging materials like steel and glass. Europe’s industry associations, including Metal Packaging Europe, called on the EU to take urgent action to protect millions of jobs, thousands of businesses and entire supply chains relying on magnesium supplies.

In November 2021, the US and EU formed a new agreement on steel and aluminum trading following Trump-era tariffs. US President Biden called the trade agreement a needed alliance against “dirty” Chinese steel.

Under a significant government support program, energy bills for UK firms will be reduced by around half this winter from their anticipated level. The Energy Bill Relief... Read More

The rise of robotics: Robots and cobots promise to alleviate labor shortages and boost productivity

Robotics are increasingly prevalent in the packaging industry, but there are still many areas where robots and cobots could be introduced to improve productivity and... Read More

A critical shortage in the global magnesium supply is threatening to “catastrophically” derail the European packaging industry after the Chinese government... Read More

Aluminum beverage cans are the most recycled beverage package in the world, according to Resource Recycling Systems (RRS). In its most recent analysis, RRS established... Read More