You are in : All News > EU dragged to court after giving China “carte blanche” on illegal aluminum dumping 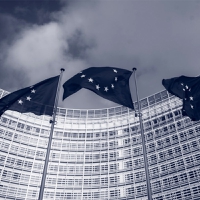 07 Jan 2022 --- European Aluminium is taking the European Commission (EC) to court over its decision to suspend anti-dumping duties on Chinese flat-rolled products (FRP), which would defend industry against unfair market pricing.

FRP is aluminum rolled into a usable format for applications like beverage cans. The rolling process requires a number of essential steps like alloying, casting and preheating.

Dumping, an illegal practice whereby companies and countries export products at costs lower than in their domestic markets, has steadily given China a powerful monopoly over the global aluminum trade.

Speaking to PackagingInsights, Kelly Roegies, European Aluminium’s communications manager, explains why the association last month lodged two cases before the European court. The first case appeals the EC’s decision to suspend duties altogether, while the second is against the non-collection of the provisional anti-dumping duties that were already imposed in April last year.

“In August 2020, the EC initiated an investigation on dumping practices on aluminum FRPs originating in China. The investigation’s findings clearly confirmed that China practices injurious dumping of aluminum FRPs on the EU market, causing significant material harm to EU producers,” she says.

To redress this issue, anti-dumping duties were set at 14-25% to raise China’s dumped prices to market-conform prices. However, the duties, which the EU Member States greenlighted were set to be implemented on October 21, 2021, are now suspended for nine months.

Economic and environmental blows
Roegies says not only will this suspension cause a long-term economic blow to industry, but it also gives a “carte blanche” to China’s dumped high-carbon aluminum imports. Since the suspension broke, Chinese FRP imports increased by 77%.

“Furthermore, by affecting EU producers’ competitiveness, the suspension of anti-dumping measures will jeopardize the efforts made by the EU industries to meet the objectives of the Green Deal. Long-term investments into decarbonization and recycling are at risk,” she warns.

The importance of anti-dumping
Anti-dumping duties, which add tariffs to underpriced goods to defend markets from exploitation, are essential for metal packaging producers, who are already under threat by skyrocketing prices and material shortages.

“We want to reiterate that the definitive anti-dumping duties on Chinese FRPs are balanced, fair and critical to the survival of our industry in Europe. They raise the price of illegally underpriced imports to reflect their actual value without blocking Chinese imports so that all producers can compete on a level playing field,” says Roegies.

Industry players blamed both the EU and China for allowing dumping practices over the past 20 years, making China the main producer of all magnesium worldwide (87%) and supplier of 95% of the European magnesium demand.

Meanwhile, a new transatlantic trade deal between the US and EU formed at the COP26 summit sought to break these monopolies and diminish the reliance on “dirty” Chinese production practices.

Fabricating the loop: How fashion disrupts the circular plastics economy, and what the EU must do

Yesterday, calls were made by beverage industry associations for EU policymakers to prevent “free-riding” fashion and automotive businesses from disrupting... Read More

The European Commission (EC) is proposing a new set of rules for the European Green Deal that would tighten restrictions on greenwashing and expand consumer rights. The... Read More

The European Commission (EC) is launching a stakeholder platform to promote algae use for nutrition and packaging. Called EU4Algae, the project aims to accelerate... Read More