You are in : All News > Managing plastic: PepsiCo Europe Sustainability VP stresses need for change but “there’s no silver bullet”

22 Nov 2019 --- The proliferation of plastic has been driven by a society that is increasingly hungry for convenience. The mainstreaming of the material has allowed communities to develop quickly and it continues to alleviate difficulties around safety in both healthcare and food, for example. But now we face a scourge of plastic waste that has put consumerism firmly under the microscope. PackagingInsights sat down with Chris Daly, VP of Supply Chain Transformation and Sustainability for PepsiCo Europe, at Food Matters Live to discuss using the scale and influence of the FMCG giant to tackle the plastic problem.

It’s no secret that PepsiCo’s single-use plastic packaged products are consumed in huge amounts around the world. Unsurprisingly, the company has been branded as one of the worst polluters in a recent Greenpeace report. The analysis was based on 484 cleanups in over 50 countries across six continents.

When questioned on this, Daly notes that they “are right to call it out.” Such pressure “means that companies like ours have a role in trying to make change happen.”

“We have to use the scale and the influence of our company to try to work with people across the value chain to make things happen that will change the current situation.”

Indeed, as a value chain expert, Daly emphasizes that consumer companies such as PepsiCo cannot drive change alone. A full value-chain focus is necessary, as well as helpful and open dialogue around the issue.

An optimistic future?
Accusations of “greenwashing” are rife in the industry. The focus that PepsiCo, alongside other organizations, have on recycling has been branded as just a distraction from the real solution. Recycling may still ensure that a strong supply of plastic will continue to be produced. Proponents of reusability say that a focus on this would really make a dent in the level of plastic circulating and should be in the spotlight.Click to EnlargeDaly emphasizes that consumer companies such as PepsiCo cannot drive change alone.

But Daly says we have reason to be optimistic moving forward and we should refrain from the negativity that comes with talk of greenwashing. “In the last four years, the plastics crisis has become widely understood, with huge amounts of improvements in technology. Within our business, we have already found a way to reduce our virgin plastic by 35 percent. That’s quite remarkable, especially regarding the growth of our business.”

“I think the negative arguments can blunt the tools of progress and draw attention away from the fact that we need to address the problem in the right way. If we move away from plastic all together, it is just setting the clock back, but the consumers live in the current world. It’s not going to help, it’s going to make things worse. I certainly believe that focusing on finding a solution for plastics is more likely to give a better answer than moving away from it altogether.”

Indeed, calls to move away from plastic entirely may not only be unrealistic, but they may prompt other dangers too. “That’s not to say that the issues around plastic and the vices that we have today aren’t a bigger issue than the benefits of plastics. It needs to be dealt with, absolutely, but the way to deal with it is to find a solution for the management of plastic,” he says.

A value-chain transformation
Thinking about the future of packaging must be multifaceted and “there is no one silver bullet.” Better collection systems, such as Deposit Return Schemes (DRS), could be one viable option, according to Daly.

“In our current system, there are a number of leakages. In beverages, 100 percent of the products go into the market and only 10 percent of recycling goes back into a beverage bottle. That means there’s a 90 percent leakage today,” he says.

Daly postulates that better collection for post-consumer plastic is needed – but it must be convenient, otherwise, it will fail.

“As a company, we spend time trying to design products that are convenient for consumers. We make them easy to access and to consume. We need to be thinking more about how we can make them easy to recycle. Clearly, that goes beyond what PepsiCo can do, but it goes back to this value chain question.”

“The opportunity of DRS is that they can create an environment that creates convenience for consumers. Through those systems, effectively, the number of points that the consumer will have access to be able to recycle increases dramatically. The systems can be run really well, which they do in many markets, such as in Norway or in the Netherlands,” he explains. 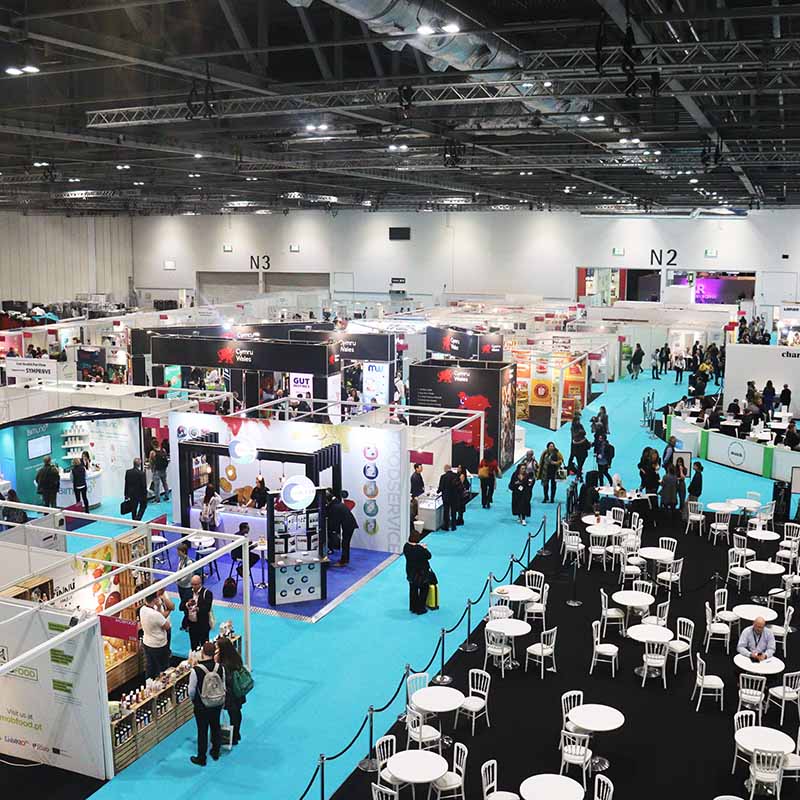 Click to EnlargeDaly spoke at a seminar on the topic of the new plastics economy at Food Matters Live in London this week.

Up to 2023, the US chemical industry will invest an amount of no less than US$164 billion in 264 new plastic factories. INEOS will spend €2.7 billion on building two factories in Antwerp, Belgium, that make plastic pellets from liquid gas, which will be imported from the US. This is expected to increase plastic production by as much as 40 percent over the next ten years, which involves billions of extra turnover.

Daly acknowledges the expansion of plastic production, and laments that the “numbers don’t add up.”

“When I look at PepsiCo’s numbers, we want to reduce our numbers [of virgin plastic] by 35 percent. So how is it that the industry can continue to grow by 3 percent? The math doesn’t work for me. Is there a reset needed at the front end of the value chain? Is that going to slow down progress? Or is there some element of the value chain that we need to understand better? I think for companies like ours, for brand companies, even maybe retailers, the amount of virgin plastic used must be reducing to see if we are making progress.”

Ultimately, if that is done, it may be visible where the extra plastic is coming from. Governments could also have a greater role in ensuring value chain transparency, Daly notes.

23 Oct 2020 --- Unilever is launching its largest ever supermarket refill trial in Europe. Beginning in a single Asda supermarket in the UK, customers are encouraged to refill... Read More

22 Oct 2020 --- Britvic is phasing out all non-recycled plastic in its bottles before 2023. The British soft drinks producer will transition to 100 percent recycled PET (rPET),... Read More