You are in : All News > Microplastics in Antarctic snow: Shocking discovery or a case of plastics persecution?

Microplastics in Antarctic snow: Shocking discovery or a case of plastics persecution? 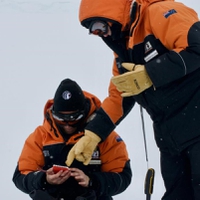 09 Jun 2022 --- Recent findings that microplastics are present in Antarctica are neither surprising nor alarming, according to plastics expert Dr. Chris DeArmitt. New research from the University of Canterbury, New Zealand, shows the first evidence of microplastic particles in one of the world’s remotest regions and has been making international headlines since yesterday.

DeArmitt tells PackagingInsights the findings are “not newsworthy” and represent more sensationalized research in what he calls “plastics persecution.”

“Anyone publishing such a study is probably desperate for attention to get more funding to do another equally useless study,” he says.

Dr. DeArmitt says the study is “useless.”Microplastics in the snow
The study, published in The Cryosphere, claims to have uncovered “a serious threat to the antarctic” of “global significance.”

University of Canterbury Ph.D. student Alex Aves collected snow samples from 19 sites on the Ross Ice Shelf in Antarctica in late 2019. She then analyzed snow samples using a chemical analysis technique (micro-Fourier transform infrared spectroscopy) to identify the type of plastic particles present. The plastic particles were also looked at under a microscope to determine their color, size and shape.

The paper found an average of 29 microplastic particles per liter of melted snow, which is higher than marine concentrations reported previously from the surrounding Ross Sea and in Antarctic sea ice.

Immediately next to the scientific bases on Ross Island, Scott Base, and McMurdo Station, the density of microplastics was nearly three times higher, with similar concentrations to those found in Italian glacier debris. There were 13 different types of plastic found, the most common being PET, commonly used to make soft drink bottles and clothing.

Insignificant findings?
DeArmitt says these discoveries are insignificant, pointing to many findings of microplastics in some of the world’s most remote places, like Mount Everest, which have occurred over the past few years.

“It would only be newsworthy if it was surprising and proven dangerous.” He says the levels and types of microplastics discovered worldwide are usually non-toxic.

“Careful consideration shows no credible evidence that microplastics are causing harm. Some of the data even points to a protective effect whereby the plastic particles absorb toxins in the sea and shield marine animals from exposure.” Studies have found microplastics in some of the most remote regions of earth in recent years.

DeArmitt asserts the Antarctica findings are another example of the press drawing public attention to unreliable research. The levels of microplastics discovered here are, like many other studies, unremarkable.

“Air is everywhere, and so is dust. Dust contains 0.03% of microplastics with no evidence of harm. Dust also contains about 25% quartz proven to cause cancer in humans.”

“One study stated microplastics make up 0.001% of particles we ingest with many of the others proven to be dangerous and yet no mention of them in the news,” he says.

“Already in 1969, they showed large increases in lead concentration in the Antarctic. Lead is toxic, so that’s a real finding.”

Plastic Paradox
DeArmitt runs a consultancy firm, Phantom Plastics and has published a book called the Plastics Paradox that is free for download online. He has read more than 2000 peer-reviewed articles to understand the science behind plastics and how it compares to the court of public opinion.

He recently wrote an expert view for PackagingInsights in which he argues the demonization of plastic packaging is unfounded and leads us astray from environmental sustainability gains.

As micro(nano)plastics (MNPs) are more commonly found in the food chain, human intake is regularly increasing. Researchers have discovered adverse health effects due to... Read More

A study conducted by researchers in Hong Kong reveals the harmful effects of ingested microplastics on liver and lung cell function from mitochondrial impairment. With... Read More