You are in : All News > Plastic-degrading enzymes are increasing in correlation with global pollution, flags study 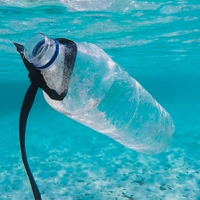 16 Dec 2021 --- The global environment is naturally producing an increasing number of microbial enzymes that can degrade plastic waste as pollution levels continue to rise, a new study has found.

Researchers at Chalmers University of Technology, Sweden, say the rate of enzymatic degradation is rising in correlation with local levels of plastic pollution, showing a remarkable sign of how the environment reacts to the damage caused by waste.

The new study, recently published in the scientific journal mBIO, analyzed samples of environmental DNA from hundreds of locations around the world. The researchers used computer modeling to search for microbial enzymes with plastic-degrading potential, then cross-referenced them with official numbers for plastic pollution on land and sea.

“Using our models, we found multiple lines of evidence supporting the fact that the global microbiome’s plastic-degrading potential correlates strongly with measurements of environmental plastic pollution – a significant demonstration of how the environment is responding to the pressures we are placing on it,” says Aleksej Zelezniak, associate professor in systems biology at the Chalmers University of Technology.

The new findings from Chalmers University suggest this has given sufficient evolutionary time for various microbes present in the environment to respond to polluting compounds. The study authors note that many different enzymes have been discovered in previous studies to degrade different plastics.

In total, over 30,000 enzyme homologs – members of protein sequences sharing similar properties – were found with the potential to degrade ten different types of commonly used plastic.

Some locations containing the highest amounts were highly polluted areas, such as the Mediterranean Sea and the South Pacific Ocean.

“Currently, very little is known about these plastic-degrading enzymes, and we did not expect to find such a large number of them across so many different microbes and environmental habitats. This is a surprising discovery that really illustrates the scale of the issue,” explains co-study author Jan Zrimec.

A new value source?
The researchers intend to test certain enzymes for their potential to degrade specific plastic types.According to the International Union for the Conservation of Nature at least 14 million metric tons of plastic waste enter the world’s oceans annually.

The study notes that the natural process for plastic degradation is very slow – the lifetime of a PET bottle, for example, lasts between 16-48 years under ambient conditions. Some plastics take hundreds of years to degrade.

The researchers say their results could potentially be used to discover and adapt enzymes for novel recycling processes.

“The next step would be to test the most promising enzyme candidates in the lab to closely investigate their properties and the rate of plastic degradation they can achieve,” explains Zelezniak.

“From there, you could engineer microbial communities with targeted degrading functions for specific polymer types.”

Industrializing enzyme degradation
Last year, research from the Toulouse Biotechnology Institute, France, established an improved hydrolase that can break down a minimum of 90% PET into monomers within ten hours, with productivity of 16.7 g of terephthalate per liter per hour.

The researchers also demonstrated that biologically recycled PET – exhibiting the same properties as petrochemical PET – can be produced from enzymatically depolymerized PET waste before being processed into bottles.

Carbios, a company trying to use the enzymes in industrial-scale recycling to produce food-grade plastics, made the discovery and began running this technology at the pilot stage.

Carbios has validated the final stage of its CE-PET research project, which lasted four years, and confirmed an enzymatic PET recycling process at the pilot stage to... Read More

Study authors explain that the flavor of milk has changed over time due, in part, to changes in the packaging used to transport milk to the consumer. Light oxidation... Read More