You are in : All News > Plastic hangover? Corona launches plant-based six-pack beer rings in “global first” 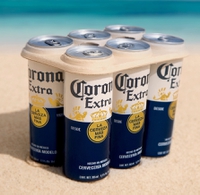 28 Nov 2018 --- Corona will become the first global beer brand to trial 100 percent plastic-free six-pack rings. The new rings will be piloted in Mexico at the beginning of 2019, with further tests in the UK planned for later in the year. Corona announced that it will pilot plastic-free six-pack rings in select markets as part of the brand’s commitment with Parley for the Oceans to lead the industry with eco-friendly packaging.

Although Corona is primarily packaged in glass and fiberboard, the brand sees an opportunity to help redesign a common source of plastic in the category: six-pack rings. The plastic-free rings being tested are made from plant-based biodegradable fibers, with a mix of by-product waste and compostable materials. If left in the environment, they break down into organic material that is not harmful to wildlife, whereas the industry standard plastic six-pack rings are made from a photodegradable form of polyethylene that results in increasingly smaller pieces of plastic if not recycled. 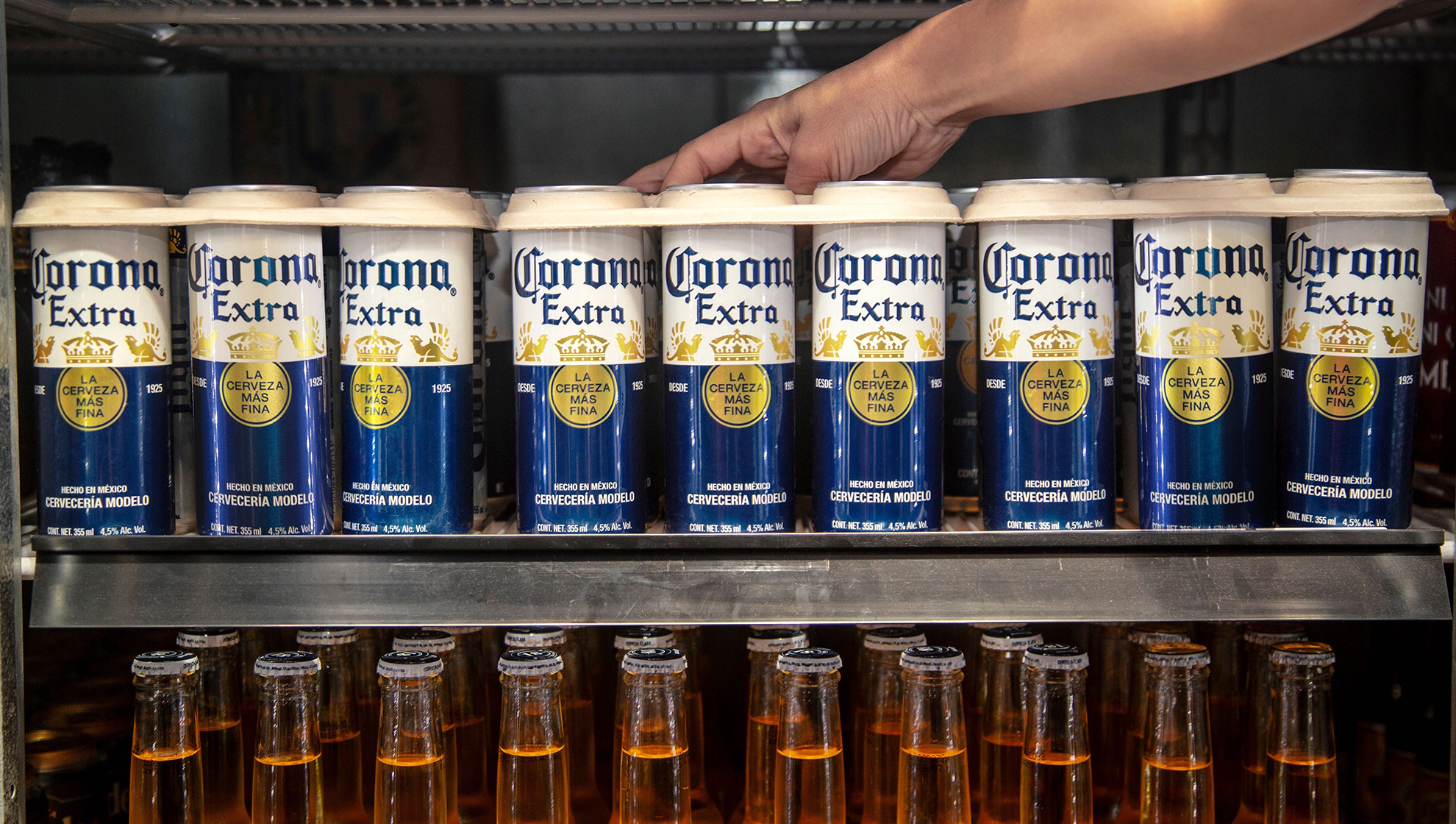 Click to EnlargeBeyond avoidance: Redesigning plastic
Although most plastic rings are recyclable, the reality is that the majority of all plastic ever created hasn’t been recycled, according to The Economist, which is the motivation for brands like Corona to pursue solutions that avoid the material entirely. That journey starts in the brand’s homeland of Mexico, where the plastic-free rings will be piloted in Tulum at the beginning of 2019.

With roughly 8 million metric tons of plastic entering the ocean each year, according to National Geographic, there is a need to confront the issue on multiple fronts, which is why Corona has adopted Parley’s A.I.R. strategy to not only “avoid” and “intercept” plastic as much as possible, but also help “redesign” solutions that use the material.

“Our oceans are under attack. We are taking their life in rapid speed, destroying the chemistry that allows us to be here. Therefore we are bidding on the few who take the lead in true change,” comments Cyrill Gutsch, Founder and CEO, Parley for the Oceans.

“Corona is one such Ocean Champion, a powerful ally in our war against marine plastic pollution – and in building the material revolution that will lead us beyond it. We share the goal of phasing plastic out for good because we simply can’t afford its toxic impact anymore,” he says.

“The beach is an important part of Corona’s DNA and we have been working with Parley to address the issue on the frontlines where plastic is physically accumulating,” adds Evan Ellman, Corona Better World Director. “We also recognize the influence a global brand like Corona can have on the industry, and with the support of Parley, are pursuing scalable solutions like plastic-free six-pack rings that can become a new standard to avoid plastic for good.”

The expert view
Packaging expert and Director of Emagine Packaging, Richard Coles, explains to PackagingInsights that the real test will be how quickly Corona's new packaging biodegrades in the marine environment and if there are any risks posed to wildlife if ingested. “I’d expect such a ring material to offer a high degree of structural integrity and durability in order to handle six cans of product," he says. “Also, if they are left or littered on open-land, these rings could possibly pose a hazard over a prolonged period before they biodegrade.”

“A few years back, US-based Saltwater Brewery launched the world’s first edible six-pack ring – E6PR (Eco 6-Pack Ring). It is bio-based material derived from wheat and barley by-products of the brewing process as well as other compostable materials. On its website, Saltwater claims that its product ‘does not cause harm to wildlife in case of ingestion.’ Also, ‘if left on open land or open water system it will degrade within a matter of weeks,’” adds Coles.

Parley for the Oceans
Since the partnership launched in 2017, Corona and Parley have conducted over three hundred clean-ups in over 15 countries, including the Maldives, Palau, Mexico, Dominican Republic, Chile, Indonesia, Italy, South Africa and Australia, with over seven thousand volunteers from more than two hundred locations participating in the project, totaling in more than three million pounds of plastic waste collected. 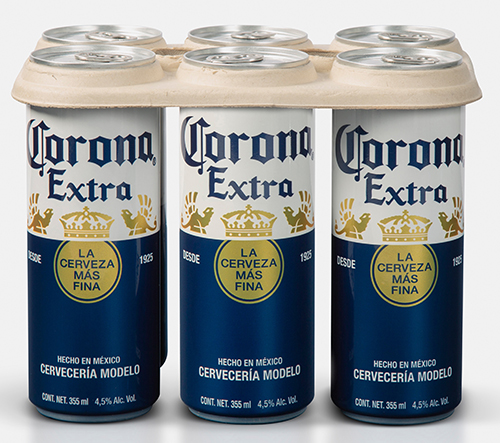 Parley for the Oceans is the global network where creators, thinkers and leaders from the creative industries, brands, governments and environmental groups come together to raise awareness for the beauty and fragility of the oceans and collaborate on projects that can end their destruction.

Wave goodbye to that (plastic) six pack?
Anti-plastic rhetoric is creating a shift within the beer category towards plastic-alternative packaging. Another notable example is the recent launch of Carlsberg’s Snap Pack, an innovation that replaces the traditional, bulky plastic rings that accompany multi-packs of beer with a pioneering solution that instead bonds beer cans together with recyclable glue. This technology is set to reduce plastic waste globally by more than 1200 tons a year – the equivalent to 60 million plastic bags, according to the Danish brewery. Simon Boas Hoffmeyer, Head of Sustainability at Carlsberg, spoke with PackagingInsights during the recent Packaging Innovations show in London, explaining how he sees more eco-friendly packaging as a key selling point in today's competitive beer market.

Richard Coles highlights that because the Snap Pack uses recyclable glue to hold cans together, it thereby obviates the need for plastics rings with their associated ecological risks. “This material reduction option would seem a preferable resource efficient and sustainable solution,” he concludes.

29 Jul 2021 --- Huhtamaki is releasing a paper-based blister pack for pharmaceutical tablets and capsules in what it describes as an “industry first.” Branded Push Tab,... Read More

29 Jul 2021 --- Environmental sustainability is a must for cosmetic packaging, but it also has to be functional and aesthetically beautiful to offer a true alternative to... Read More