You are in : All News > Plastic polluters and pet politicians? UK Flexible Plastic Fund derailed by lobbying fiasco, finds EIA

23 Jun 2022 --- The UK’s Flexible Plastic Fund has failed to pay out a single penny of the £1 million (approximately US$1.4 million) invested by major consumer goods retailers over a year ago, according to the Environmental Investigation Agency (EIA).

In a report titled “The Great UK Soft Plastics Scandal,” investigators also found that British MP Mark Pawsey – who backs the Fund – is being paid £30,000 (US$36,630) per year by industry lobbying group the Foodservice Packaging Association (FPA) to use his parliamentary position to campaign against Extended Producer Responsibility (EPR) legislation.

The Fund, founded by producer compliance scheme Ecosurety and charity Hubbub, was intended to stabilize the pricing of packaging recovery notes (PRN) for flexible plastics, which provide evidence that material has been recycled. Due to the complexity of recycling soft plastics such as PE, PRN pricing for soft recyclates is volatile and usually more expensive than purchasing virgin material.

The Fund’s launch was immediately backed by Mars UK, Mondelēz International, Nestlé, PepsiCo and Unilever, whose investment was intended to aid a series of voluntary collection schemes established by major supermarkets like Waitrose and Sainsbury’s.

Speaking to PackagingInsights, Megan Corton Scott, political advisor to Greenpeace UK, says the EIA’s discovery that the Fund has not delivered any of its pledged investment and is backed by a politician with a conflict of interest is unsurprising.

“What we have is plastic polluters and their pet politicians announcing high-profile greenwash projects that hide their inaction in tackling the plastic crisis. This underfunded and ill-thought-through soft plastic initiative is a perfect example,” she says.

“Even if it were delivered, it would barely scratch the surface of the action we need to take – and as it currently stands, it’s a PR stunt for supermarkets.”

Why the inaction?
Lauren Weir, Ocean Campaigner for the EIA, says the Fund cites technical and economic barriers as a reason for inaction, including that soft plastics are difficult to recycle due to food and non-plastic contamination, their complex composition and lack of technology to sort and recycle cost-effectively.

“As a consequence, they are currently revising facets of the Fund, including their payment mechanism,” she explains. 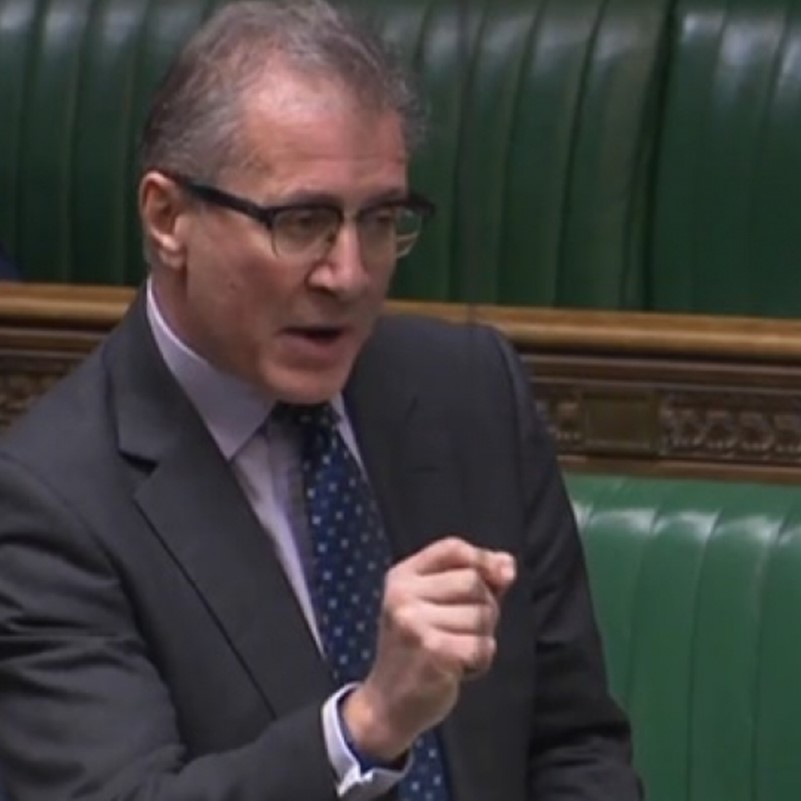 MP Mark Pawsey has argued that pollution is the fault of consumers.

“They are also struggling with the lack of traceability of waste when exported; this is because, given the lack of UK recycling capacity, they have stated that up to 20% of the soft plastics they will cover in this Fund will be exported to Europe until 2023. Given the Fund has yet to become operational and pay any recyclers, this target may be changed.”

However, Weir says the Fund does not address the root of the issue: “We cannot recycle our way out of this problem. Instead, we need to eliminate non-essential soft plastics (a position also shared by the Ellen McArthur Foundation) and ban plastic waste exports from high-income countries like the UK, given they are fundamentally exploitative.”

Soft politics
MP Pawsey was already outed last year for moonlighting as an industry lobbyist amid a wave of anger at elected officials earning significant sums through second incomes, which are often said to be paid by groups acting against the public interest.

The FPA represents the industry with all four UK governments and engages with key government departments and committees. It also takes the stance that people, not producers, are responsible for plastic pollution and has been pushing to pause the implementation of UK policies currently being developed, including EPR for packaging.

Weir says the EIA has found four instances in which MP Pawsey stated in Parliament that waste management and packaging recycling issues are the responsibility and fault of consumers. She says MP Pawsey did not respond to the EIA’s accusation that his affiliation with the FPA is a conflict of interest and says he falsely claimed to have drawn attention to it on every relevant statement made in Parliament.

However, MP Pawsey said he immediately declared this interest on the relevant government register. We have contacted him for comment. The Flexible Plastic Fund was supposed to help raise recycling levels of soft plastics in the UK, which currently stand at around 5%.

Corton Scott says this is not good enough, remarking: “MPs cannot allow their second jobs to impact on their first job, which is representing the interests of the public – not the interests of private companies with deep pockets.”

“When 92% of UK citizens are deeply concerned about plastic pollution, it is concerning that an elected representative is being paid a significant sum from an industry lobby group that is looking to pause government policies that could help tackle this pollution crisis.”

PRN versus EPR
Robbie Staniforth, innovation and policy director at Ecosurety, recently spoke to PackagingInsights regarding the flaws in the UK’s PRN system following a public consultation. He told us infrequent and late data reporting makes budgeting difficult.

“A small minority of reprocessors or exporters have held producers to ransom on price due, based on this one-sided necessity, which destabilized the whole system. Price instability, over both short-term (monthly) and long-term (annual) timescales, discourages reprocessor investment, and inferior quality material is easier and cheaper to export than reprocessing in the UK. The bar for proving material is actually eventually reprocessed is too low,” he explains.

While efforts like The Flexible Plastic Fund are meant as a stand-in solution to help improve the PRN system, Staniforth concedes that ultimately EPR legislation will trigger the most significant environmental improvements.

Thomas Lindquist: The inventor of EPR reflects on 33 years of failure and future prospects for recovery

As extended producer responsibility (EPR) increasingly becomes a part of global climate action, PackagingInsights delves into the concept of EPR with the formulator... Read More

Beyond Plastics is launching a resource center to aid US policymakers and advocates in designing and enforcing effective governmental action against plastic waste. The... Read More