You are in : All News > TerraCycle’s Tom Szaky responds to incineration exposé: Waste exports would “make no economic sense” 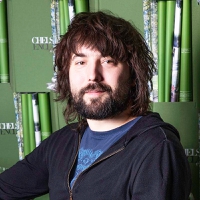 22 Nov 2021 --- TerraCycle is vehemently denying allegations made by investigative journalists that it has been intentionally exporting and incinerating plastic waste it had pledged to recycle in the UK. The recycling company is also throwing off accusations it has applied legal pressure to the journalists persuading them not to air their findings in a new documentary.

In the upcoming documentary “The Recycling Myth,” undercover investigators discovered around 30 bales of TerraCycle’s UK plastic waste in Bulgaria, where a waste broker was secretly recorded saying the trash was destined for incineration in a cement kiln.

Speaking to PackagingInsights, TerraCycle CEO Tom Szaky asserts the waste found in Bulgaria was the result of a single human error, and has presented affidavits by a subcontractor confirming a worker mistakenly loaded the trash into the wrong vehicle.

Moreover, Szaky insists the journalists’ speculations that TerraCycle exports waste routinely are baseless, and has given what he claims is evidence that exporting and incinerating its waste “would make no plausible economic sense.” Market rates for international transport and incineration quoted in a TerraCycle memo appear to show the company would be operating at a loss through this system.

However, the film’s co-directors dispute these figures, telling PackagingInsights the economic incentive to export and incinerate waste-to-fuel is patently evident by the existence of a multi-billion dollar global waste trafficking industry which, according to a Greenpeace report, saw almost 40% of the UK’s entire plastic packaging waste end up in Turkey last year and often incinerated.

Journalistic methods questioned
Szaky has hit back at the journalists with several accusations, including that they only spoke to low level employees at the Bulgarian recycling site, and that the site’s owner made insinuations his workers were being bribed to make false remarks about incineration to sensationalize the story.

The “The Recycling Myth” uncovers the issue of global illegal waste smuggling.The documentary’s producer Tristan Chytroschek says these accusations are absurd. By going undercover and posing as business partners, it is clear the brokers were not being paid off, he argues. “They wanted to do business with us, and discussed in detail the recycling facility’s relationship with a cement kiln incineration business nearby.”

He further dismisses TerraCycle’s claims domestic recycling is cheaper than export and incineration. “Why would you have international broker networks, why would waste export be a problem at all if it were cheaper to recycle at home?”

Szaky also claims the filmmakers had promised to help TerraCycle discover where and how this waste had ended up in Bulgaria (which has now been repatriated), and then refused to do so. “Almost like they didn’t want us to figure it out,” he says.

Chytroschek and co-director Benedict Wermter deny ever having made such a promise, and say they are protecting their sources as standard journalistic practice. “We clearly stated early on we are not Terracycle’s gratis investigators helping them to monitor their chain of custody,” adds Wermter.

Free speech dispute
Szaky also denies TerraCycle is applying legal pressure against the journalists, who previously stated their right to free speech was under attack. He insists the company only requested in writing that the filmmakers improve the accuracy of their reports.

However, Chytroschek says a series of letters were sent to the production company by a law firm insinuating legal action could potentially be taken on grounds of defamation if their findings were aired.

Wermter previously said the details of TerraCycle’s alleged legal pressure could not be specified, which Szaky asserts “is because they have none.” Incinerating plastic waste provides a cheap alternative to coal for cement companies.

With the film now released in several countries and set to broadcast throughout the world in the coming months, Wermter and Chytroschek say they are continuing to investigate TerraCycle and claim to have already unearthed more damning evidence of the company’s activities.

Major brands exposed
Among the trash found in Bulgaria were major brands like PepsiCo and Mars, who pay TerraCycle fees to feature its green recycling logo on their packages, indicating to consumers their packaging will ultimately be recycled.

However, a growing number of activist and journalist investigations are bringing to light evidence these consumer goods companies are using waste-to-fuel incineration practices to justify the continued production of single-use plastics.

For example, a recent Reuters investigation discovered a series of global collaborations between cement producers and leading FMCGs like Unilever, using plastic waste as a cheap alternative to coal.

Critics accuse waste management leaders like TerraCycle of helping these multinationals greenwash their products through misleading labeling that convinces consumers the majority of their packaging will be repurposed as part of a circular economy.

Recently, a Californian lawsuit forced TerraCycle to change its labeling practices, implement a supply chain certification program and reimburse all legal fees. Szaky says the company agreed to a settlement on the issue only because it was asked to do so by the major brands implicated in the suit, including Coca-Cola, Procter & Gamble, Late July Snacks, Gerber, L’Oreal, Tom’s of Maine and Clorox.

Szaky argues the case would have been dismissed had the dispute gone to court. Greenpeace failed to sue Walmart on similar grounds last year using the same law firm that filed the suit against TerraCycle.