You are in : All News > The circular shadows: TerraCycle applies legal pressure against journalists amid Bulgarian incineration exposé 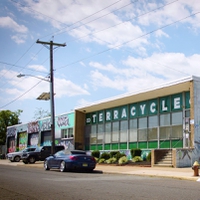 15 Nov 2021 --- TerraCycle is facing increasing public scrutiny after being exposed for allegedly exporting its UK recycling waste to Bulgaria for incineration. The company claims the export resulted from a single human error and is now applying legal pressure against the investigative journalists for publishing their findings.

The discoveries, which are part of the upcoming documentary “The Recycling Myth,” come as TerraCycle settles a separate Californian lawsuit in connection with a series of major consumer brands – including L’Oreal USA and Coca-Cola – in which the recycling company and its partners were forced to change product labels. Moreover, TerraCycle has been required to implement a supply chain certification program.

PackagingInsights speaks to investigative journalist Benedict Wermter, co-director of The Recycling Myth, about how the findings may indicate TerraCycle is systematically exporting and incinerating waste disposal while hiding under the guise of a circular recycling scheme.

“We have been investigating what really happens to our packaging waste from the recycling bin, looking mostly into multilayer packaging or contaminated fractions ending up as refuse-derived fuel or get exported. We then uncovered a network of brokers responsible for illegal waste export,” he explains.

PackagingInsights has since interviewed TerraCycle’s CEO Tom Szaky, who vehemently denied allegations made by the investigative journalists that the recycling company has been exporting and incinerating plastic waste, partly because it would “make no economic sense.”

TerraCycle’s “accidental” export
Wermter describes how he and his team set up a fake waste brokerage and began talking to numerous brokers before uncovering how they “misdeclared, bribed and cheated on customs regulations.”

Investigators found 30 bales of UK Terracycle waste awaiting incineration in Bulgaria.The film shows the culprits discussing their techniques of hiding mixed plastic bales with high-density polyethylene (HDPE), among other methods, and how they can make shipments disappear.

“We looked into Turkey and Bulgaria where we met an Italian broker who declared to us he is conducting bribery at the customs office to avoid checkups. He told us he could import various types of illegal waste. He also told us he could take bales of mixed plastic waste of very low quality, which we then made him an offer for,” says Wermter.

“He took us to a site where we came across 30 bales of TerraCycle waste identified by labels from UK volunteers. Some major brand names were found among the trash.”

Loop or linear?
TerraCycle has long faced scrutiny over its mail-back recycling schemes, which give consumers the option of posting hard-to-recycle packaging to the company for recycling where public waste infrastructure is lacking.

TerraCycle’s partnerships with major household brands allows them to label their products as “100% recyclable” using the TerraCycle logo. However, some activists, journalists and industry insiders have argued the scheme is a greenwashing scam designed to give packaging producers the image that all their products will be recycled.

In 2018, The UK Recycling Association criticized Pringles’ TerraCycle recycling scheme, referring to it as a “fudge that doesn’t solve any issues.” Kellogg’s entered an agreement enabling consumers to mail-back Pringles cans for recycling into benches and fence posts. The association’s CEO Simon Ellin insisted Pringles should instead focus on designed-in recyclability.TerraCycle are claiming the waste ended up in Bulgaria due to human error and has now been returned and recycled in the UK.

Jan Dell, a chemical engineer and founder of the US-based non-profit The Last Beach Cleanup (LBC), began investigating the company last year. PackagingInsights spoke with Dell recently about her findings. She says she has proven TerraCycle’s claims that 97% of products carrying its label are recycled is technically impossible.

Instead, companies including Coca-Cola, Procter & Gamble, Late July Snacks, Gerber, L’Oreal, Tom’s of Maine and Clorox can claim “100% recyclable” on their products when only a fraction of the packaging is actually returned to TerraCycle for recycling. According to ResourceRecycling, financial filings show brand owners paid the company US$10.5 million in 2020 through these schemes.

Dell subsequently filed a successful lawsuit against TerraCycle and eight of the implicated brands, forcing a recent change in labeling standards. TerraCycle also agreed to the implementation of a supply chain certification program and was required to reimburse legal fees incurred by LBC.

TerraCycle’s CEO, Tom Szaky, previously said he disagrees with all claims made in the suit.

Legal tensions
Wermter says the documentary’s findings add to doubts over TerraCycle’s business model and its mail-back recycling methods, the transport, profit and fuel involved in the schemes.

“Now we found their UK recycling products in Bulgaria. We don’t know if this is happening on a regular basis. We hope not, but TerraCycle says it downcycles its material into picnic material or furniture, and that probably does happen, but we don’t know if it regularly exports its waste for incineration to other countries.”

Investigators say they will not be hindered by attempts to censor their findings.“However, we do know it did it in Bulgaria. The broker we spoke to said the waste was to be sent to a cement kiln and that he charges another brokerage company to receive the TerraCycle bales and send them for incineration,” he continues.

“Does it do this on a regular basis? We don’t know, but it seems likely. We spoke to numerous brokers and visited one yard in Bulgaria, and immediately found those bales there.”

After tracking down a TerraCycle volunteer in the UK, who believed the waste they collected would be recycled in the UK, and then confronting Szaky in the US (who demanded the journalists stop filming), TerraCycle started legal action against the investigators.

“They hired well-known UK lawyers who, according to the press law, tried to stop us reporting and take down the part featuring their company. I cannot say much about what they have done, but they definitely tried to hinder our right to free speech despite us conducting a journalistic investigation and giving them the right to reply,” asserts Wermter.

“We will not let them put pressure on us as investigative journalists who uncover the myth of recycling, and as journalists, it is our duty to report and hold people accountable, and so we will continue to hold them accountable. We see this as the beginning of our investigation on them.”