You are in : All News > Turning the tide on microplastics: Samsung and Patagonia develop laundry tech solutions 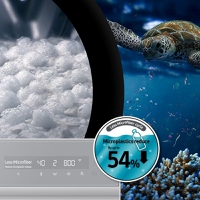 23 Jan 2023 --- Samsung and Patagonia have unveiled the Less Microfiber Cycle and Filter as the latest tech developments for washing machines. The two companies have been working to address the challenge of microplastic shedding during the laundry process and polluting oceans and other bodies of water.

Samsung reports that Less Microfiber Cycle cuts microplastic emissions by up to 54%, as per a test performed by the Ocean Wise Plastics Lab. A 2 kg load of 100% polyester hoodies were laundered for the test, comparing the Synthetics cycle on Samsung Conventional model of European washer WW4000T and the Less Microfiber Cycle on WW7000B.

Now available in Europe, the cycle will roll out to compatible washers in Korea from February this year, followed by the US.

“Microplastics have a major impact on the environment, threatening not only the marine ecosystem but the health of the humans as well,” Samsung shares.

“It is estimated that the ocean floor alone is home to over 14 million metric tons of microplastics, with 35% of marine microplastics coming from laundering clothes made from synthetic fibers.”

Additionally, the Less Microfiber Filter reduces microplastic emissions by preventing them from escaping into the ocean at the end of wash cycles. It will be available in select Samsung washing machines in Europe beginning in the second half of 2023. It can also be purchased separately and applied to any washer on the market, regardless of brand. 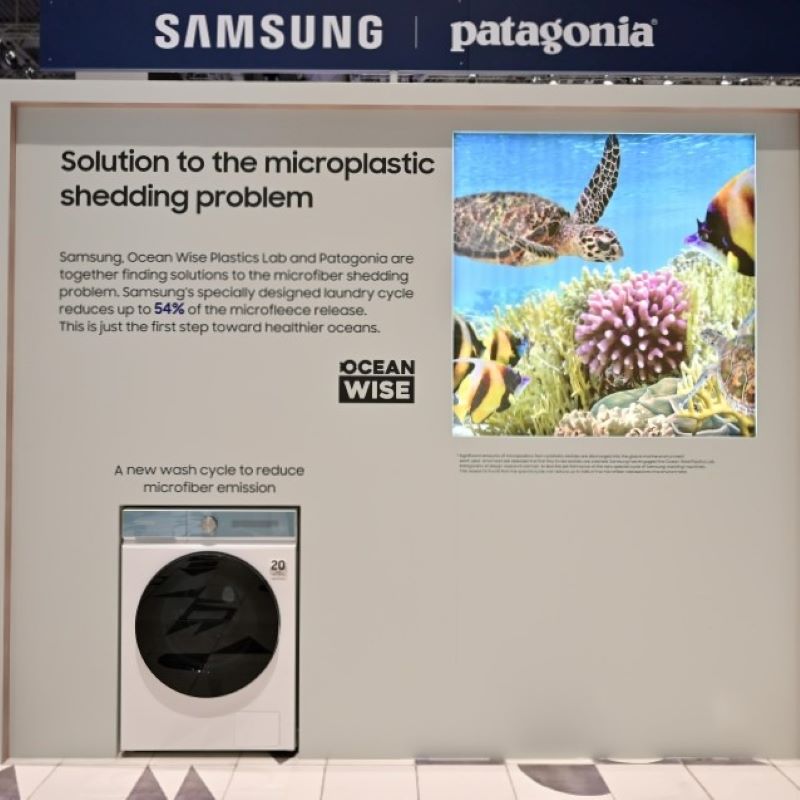 A “breakthrough” in the fight against microplastics, the Less Microfiber Cycle cuts microplastic emissions by up to 54%, Samsung shares.

“Samsung’s proprietary Ecobubble was utilized to reduce the emission of microplastics,” Wanhee Lee, who worked on the washing machine’s development and performance, shares with Samsung Newsroom.

“Ecobubble enables laundry detergent to be dissolved and absorbed by the water quickly to remove dirt and stains effectively. So, it minimizes the abrasion of clothes, which is the main cause of microplastic shedding, and it protects the fabric as well.”

Regarding the difficulties faced by the team during the initial development process, Lee says: “There was no standard for measuring the effectiveness of microplastic reduction from laundry in the first place.”

“We had to start by exploring and questioning the basics, such as how to collect microplastics from a vast amount of water from laundry, which ingredient would be most effective, how to execute each step of the plan, how to design the washing machine and more.”

Along with Patagonia’s support and Ocean Wise Plastics Lab’s technology to measure the reduction of microplastics, Samsung was able to develop the Less Microfiber Cycle and Filter.

Apart from the primary and secondary sources of microplastics in the environment – including microbeads and the breakdown of larger plastic into tiny fragments – Samsung shares that many aren’t aware of the microplastics from laundry involving synthetic textiles.

“That includes your favorite fleece sweater, nylon jacket and even those comfy spandex yoga pants. From manufacturing these fabrics to washing them, microplastics can be created throughout many stages of these products’ life cycles.” 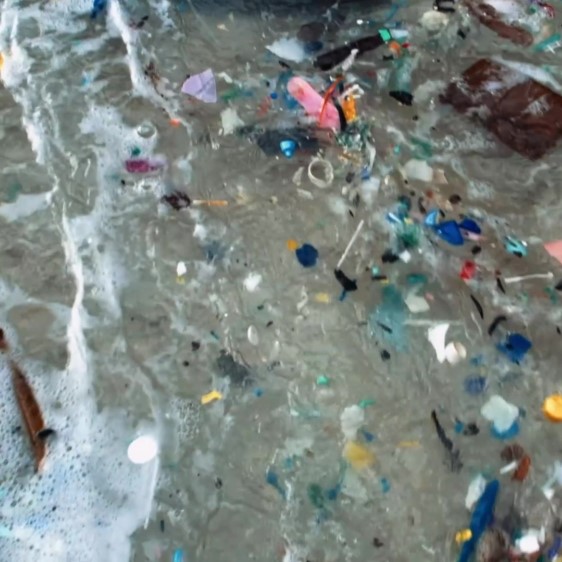 Microplastic pollution via laundry wastewater
In order to understand the scale of the issue, PackagingInsights reached out to CSIRO – Australia’s national science agency. Its study provided “the first-ever global estimate for microplastics on the seafloor,” with results suggesting 14 million metric tons in the deep ocean.

The researchers collected samples using a robotic submarine in depths to 3000 meters at sites up to 380 kilometers offshore from South Australia.

“We were surprised to observe high microplastic loads in such a remote location. By identifying where and how much microplastic there is, we get a better picture of the extent of the problem. This will help to inform waste management strategies and create behavioral change and opportunities to stop plastic and other rubbish from entering our environment,” Dr. Hardesty remarks.

“We can all help to reduce plastic ending up in our oceans by avoiding single-use plastics, supporting Australian recycling and waste industries, and disposing of our rubbish thoughtfully, so it doesn’t end up in our environment.”

Government, industry and the community need to work together to significantly reduce the amount of litter we see along our beaches and in our oceans, details CSIRO.

The UAE has announced that it will impose a nationwide ban on single-use plastic bags starting next year. The law will prohibit the import, production and circulation of... Read More

Scientists from the University of California, Riverside (UCR) have discovered a way to convert plastics into soil additives to improve soil water retention and the... Read More

The amount of microplastics collected on ocean floors has tripled in the past 20 years at the same rate of social plastic consumption, according to research by the... Read More