You are in : All News > UK gov. announces strong support for plastics tax, EPR and DRS as much-anticipated consultation results are released 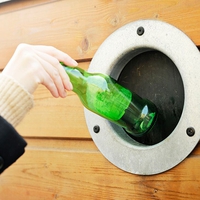 25 Jul 2019 --- The UK Department for Environment, Food and Rural Affairs (DEFRA) has announced the results of its Resources and Waste Strategy for England consultations, including the proposed introduction of a plastics tax, Extended Producer Responsibility (EPR) and Deposit Return Scheme (DRS). The majority of respondents agreed with “many elements” of a tax on plastic packaging containing less than 30 percent recycled content, although a “significant number” voiced concern over the government’s proposal to not include filled packaging imports. The EPR system received “strong support” and based on this, the government plans to introduce an EPR system for packaging in 2023. Meanwhile, respondents “overwhelmingly agreed” with a DRS for all materials consulted on: polyethylene terephthalate (PET) and High-Density polyethylene (HDPE) plastic bottles, steel and aluminium cans and glass bottles.

All three of these proposals will be subject to further consultations prior to implementation, while it was confirmed that the European Union Circular Economy legislation agreed earlier this year will be transposed into UK law in full, independent of Brexit’s outcome.

Plastic packaging tax: Support with reservations
At Budget 2018, the UK government announced that from April 2022 it would introduce a “world-leading” new tax on the production and import of plastic packaging with less than 30 percent recycled content, subject to consultation.

The government’s call for evidence last year, which received a record 162,000 responses, highlighted that recycled plastic is often more expensive than new plastic, despite its lower environmental impacts. The government wants to shift the economic incentives involved in the production of more sustainable plastic packaging, encouraging greater use of recycled plastic and helping to reduce plastic waste.

The government notes that many respondents agreed with the initial proposals in the consultation document on many elements of the tax design, including: definitions of plastic, packaging and recycled content; setting a flat rate per ton of plastic packaging; charging the tax domestically at the point of production; how to treat exports; and proposals for registration, reporting requirements and ensuring compliance.

For all areas of the tax design, the government will continue to consider which approaches will best support the objectives of the tax, are most administratively feasible and do not have a disproportionate impact on business. HM Treasury will also continue to work closely with DEFRA to ensure that the plastic packaging tax complements the reforms to the Packaging Producer Responsibility regulations and proposals for consistent collection of waste in England and a potential DRS for drinks containers.

The government will set out the next steps at Budget 2019. HMRC will publish a technical consultation on the detail of the tax design at a later date, and publish draft legislation for consultation in 2020.

EPR reform set for 2023 implementation based on strong industry support
The EPR consultation received 679 separate responses and 34 campaign responses. Based on the consultation responses received and the strong support from respondents for the principles and outcomes proposed for a reformed packaging producer responsibility scheme, the UK government plans to introduce an EPR system for packaging in 2023. It will seek to take primary powers in the Environment Bill to enable the implementation of new EPR systems.

Overall respondents were positive of the intent to improve the current system and for packaging EPR to form part of a coherent system that is understandable and fair to businesses and consumers. A large minority of respondents stressed the need to ensure that the proposed policy interventions are joined up and appropriate steps are taken to protect against unintended consequences.

Stakeholders also commented on the proposed timeline with some expressing, both in their written responses and at stakeholder events, the strong view that packaging EPR and proposals for consistent collections (in England) are introduced ahead of other measures and that sufficient time is allowed for investment in necessary waste management and reprocessing infrastructure to occur.

Many stakeholders also commented that value for money and overall system efficiency and outcomes must be assessed transparently given the substantial investment required. Stakeholders from across the supply chain and from local government want to be involved as government develops its detailed policy proposals and implementation arrangements.

Respondents expressed very strong support for both the nine overarching principles (80 percent) and the five outcomes (88 percent) proposed for a packaging EPR system. Some respondents felt that the principles and outcomes are too focused on the end-of life costs of managing packaging waste and that we should also consider the full lifecycle costs of packaging. Other respondents felt that the waste hierarchy needs to be better reflected, and more emphasis given to prevention and the use of reusable/refillable packaging.

There was broad support for including packaging-type items used in the home such as kitchen foil, cling film, jiffy bags, disposable cups and sandwich bags within a packaging EPR system.

The government indicates that it will consider the responses and evidence submitted in more detail and will undertake further analysis to inform more detailed proposals on the specific nature of an EPR scheme for packaging and related secondary legislation. This work will be taken forward over the remainder of 2019 and the government anticipates bringing our final proposals forward for consultation in 2020.

Deposit Return Scheme (DRS): Majority call for inclusion of plastic, metal and glass
The consultation proposed that a DRS, if implemented, could operate under the UK government and the devolved administrations of Wales and Northern Ireland. Respondents to the consultation overwhelmingly agreed (84 percent) with the proposed principles of a DRS. Several reasons were presented from respondents as to why implementing the scheme would have a positive impact, including that a DRS would incentivize consumers to recycle containers, leading to higher overall recycling rates and an associated reduction in littering and waste production.

In reviewing responses by organization type, two thirds of local authorities agreed with the principles. However, 17 percent stated they did not know or did not have enough information and 11 percent neither agreed nor disagreed. Only 5 percent of local authorities disagreed with the principles, questioning whether there was a need for a DRS given existing council collection services.

Although the large majority of respondents agreed with the principles of DRS, there were some who felt that such a scheme was unnecessary. For example, a small number of local authority representatives considered that the DRS scheme, as currently proposed, would have a potentially detrimental impact on existing local authority kerbside collection schemes. Their views were that household waste collections are already recycling much of the material covered by the DRS, are convenient for consumers who do most of their recycling at home and represent an important income stream for councils.

Additionally, some respondents felt that introducing a DRS, which could include certain materials and containers while excluding others, could lead to consumer confusion and have the unintended consequence of dis-incentivizing recycling through unnecessary complications.

The consultation proposed that the materials included in a DRS could be:

Based on the consultation responses received, and the strong support for the introduction of a DRS, the government is “minded to introduce a DRS for drinks containers in England and Wales, from 2023.”

DEFRA states that if a DRS is to be introduced it would then hold a second consultation on the proposed regulatory framework for introducing a DRS through secondary legislation, including more detailed proposals for the nature of any such scheme. The development of the second consultation will be carried out during the remainder of 2019, with the expectation that we will consult on the specific details of a DRS in early 2020, building on further analysis. Following the second consultation, we would introduce a DRS from 2023.

15 May 2020 --- This week in packaging, e-commerce packaging specialist Pregis introduced methods to measure the environmental impact of products damaged during transit, including... Read More

24 Apr 2020 --- The British Plastics Federation (BPF) in conjunction with the Food and Drink Federation (FDF) and the Cosmetic, Toiletry and Perfumery Association (CTPA) has... Read More

30 Mar 2020 --- Unprecedented times have forced the packaging industry into unparalleled action. The COVID-19 pandemic is causing major disruption to the global economy as human... Read More

30 Jan 2020 --- The UK’s leading recycling label authority The On-Pack Recycling Label (OPRL) has made the evidence base from its comprehensive labeling review, which... Read More