You are in : All News > Unilever partners with LanzaTech and India Glycols on carbon-captured laundry capsules in China

21 Apr 2021 --- Unilever’s Home Care division is partnering with LanzaTech and India Glycols to produce a surfactant for its cleaning products made from captured and recycled carbon industrial emissions, instead of fossil-fuel carbon.

The surfactant, made from carbon emissions captured in China, will be used in OMO laundry capsules under the Persil brand, “the first of their kind in the Chinese market,” says Unilever.

“China is an ideal market for this innovation. OMO capsules are already an established laundry product with long-term sustainability commitments in China,” Jonathan Hague, vice president of science and technology at Unilever Home Care, tells PackagingInsights.

At the UN General Assembly last September, China’s President Xi Jinping pledged to peak its national carbon emissions by 2030. The country also aims to reach net-zero by 2060, representing two-thirds of the global emissions from countries that have pledged net zero. 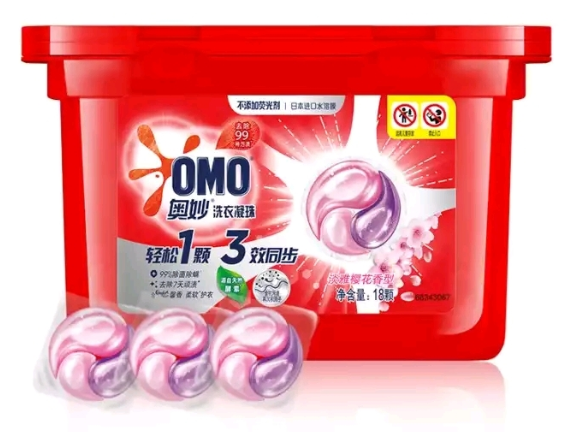 Click to EnlargeHague indicates the surfactant will also be piloted in Europe later this year.Furthermore, Unilever consumer data from 2020 found that 87 percent of consumers in China considered climate change as serious a threat as COVID-19. This marked the highest of all countries polled and 16 points higher than the global average.

Capturing carbon emissions
The launch follows Unilever’s plans to transfer 100 percent of the carbon derived from fossil fuels in its cleaning and laundry product formulations to renewable or recycled carbon.

The three partners are working together for the first time. LanzaTech will use biotechnology to capture industrial waste emissions at its Beijing Shougang LanzaTech steel mill plant in China.

These emissions will then be converted to ethanol. LanzaTech’s carbon capture technology reduces GHGs by 82 percent compared to using fossil fuels for producing ethanol, according to a LanzaTech study.

India Glycols then converts the ethanol into ethylene oxide, a key feedstock to make surfactants at their site in India. Finally, Unilever will use the surfactant in the new OMO laundry capsules, manufactured at its Hefei factory in China.

“Unilever has purchased the end ingredient for testing in the market, the funding of which has come from the €1 billion (US$1.2 billion) budget Unilever ring-fenced for Clean Future. 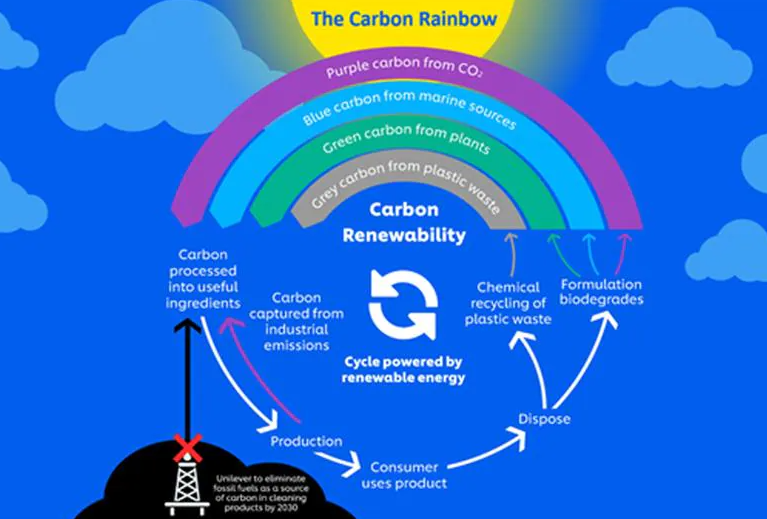 Click to EnlargeThe OMO innovation is an example of “purple carbon,” referring to carbon captured from industrial emissions.Despite the increased investment in this process, Hague affirms the products will come at no extra cost to consumers. “New innovations like this help move our iconic cleaning brands away from fossil fuels without compromising on performance or affordability.”

To improve consumer understanding, the OMO capsules are delivered in a fully recyclable cardboard box printed with an infographic explaining how the surfactants are created from carbon emissions.

Still dependent on fossil fuels
Surfactants are a critical ingredient to create the foam and cleaning action of many household cleaning and laundry products, ranging from dish soaps to fabric detergents.

However, these are typically derived from fossil fuels. A report published today by the Nova Institute and Unilever estimates that demand for fossil-derived chemicals will more than double by 2050.

Renewable carbon production will need to increase by a factor of 15 by 2050, says the report, to phase out the use of fossil carbon in consumer products. Unilever further highlights this poses “an immense challenge” to the cleaning industry.

26 Apr 2021 --- With the COVID-19 pandemic exponentially expanding e-commerce, packaging manufacturers and designers are increasingly looking for ways to improve the environmental... Read More