You are in : All News > Weekly Roundup: Novamont bioplastic degrades like paper, tests confirm

12 Jul 2019 --- Leading bioproducts producer Novamont announced that its Mater-Bi bioplastic has been shown to biodegrade in the sea with similar efficiency as cellulosic materials, like paper. Mater-Bi plastics were analyzed by means of new internationally standardized biodegradation tests. Also, Jokey presented buckets containing 25 percent ocean plastics and BillerudKorsnäs continued the development of its paper battery by completing the world's first production on a paper machine.

In brief: Sustainability action
Novamont tested the biodegradability of its Mater-Bi bioplastic through a method that involves exposing plastic samples to the microorganisms found in marine sediment and measuring the plastic’s transformation into carbon dioxide. The pilot program showed that when Mater-Bi was exposed to marine microorganisms, it achieved high levels of biodegradation, similar to those reached by the paper used as reference material, over a test period of under one year. Further, Novamont’s Mater-Bi fruit and vegetable bags were found to disintegrate completely in a marine environment in four months to a year, while PE bags remained fully intact. Recently, Novamont and French producer of plastic films Barbier Group announced they have signed a partnership aimed at the development of a new kind of bioplastic lightweight bag for fruits and vegetables, as an alternative to traditional non-biodegradable and non-compostable plastics packaging, called: Ma-Ter-Bio (the bag for planet Earth).

Click to EnlargeJokey's 25 percent ocean plastic buckets.Jokey presented new buckets containing 25 percent ocean plastic obtained from plastic collections on Mediterranean and North Sea beaches. The remainder of the material is recyclates from household collections. The test series sea blue containers are available in 35 and 10-liter sizes. For technical reasons, only the handle of the bucket is made of regranulates from the Jokey’s own production. If the secondary raw materials from beach waste prove to be of good quality, the material can in future be added to the conventionally obtained recyclates, the company says.

BillerudKorsnäs became the first company in the world to produce a paper battery on a paper machine. This has been done at the dedicated pilot machine FEX at RISE, Research Institutes of Sweden. It is an important step forward that confirms the possibility of industrial production of the electrode material and brings the project a step closer to the commercialization of both small and large-scale energy storage in a paper battery. In collaboration with researchers at Uppsala University, basic research has been developed to be able to use ordinary paper fibers for the manufacturing of batteries.

Click to EnlargeBillerudKorsnäs are closer to commercializing paper batteries after completing a first production on a paper machine.

Pregis announced that it is expanding its offering of products that include How2Recycle labels. These consumer-friendly directions alleviate recycling confusion and increase the amount of material recovered through the waste stream. The latest addition to the How2Recycle program is poly bags marketed under the Sharp Packaging by Pregis brand. These versatile polyethylene-based film bags come in a variety of options including mailer bags that are frequently used in e-commerce applications to package clothing. 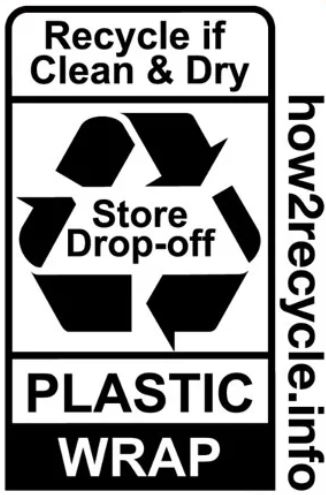 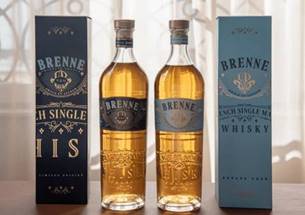 Omega Design Corporation – a global provider of innovative packaging machinery for the pharmaceutical, nutraceutical and consumer healthcare industries, and a worldwide leader in bottle unscrambling technology – has introduced the CDFI Canister Feeder, an intermittent-motion machine for inserting desiccants or oxygen absorbers into a broad range of bottles, jars, tubes and vials. The latest addition to the company’s IMPACT series of packaging equipment, the compact, low-cost unit can accommodate up to 100 containers per minute. The CDFI Canister Feeder accurately dispenses single or multiple canister drops with a simple selector switch. It features a simple set-up, and accepts canisters from all major manufacturers.