You are in : All News > WUR scientists set theoretical limit in Dutch recycling rates for plastic packages

17 Dec 2020 --- The current Dutch recycling value chain for plastic packaging waste has not reached its full circularity potential, according to new research.

The country has the potential to attain a net plastic packaging recycling rate of 72 percent, with recycled plastics averaging polymeric purity of 97 percent, say scientists at Wageningen University and Research (WUR), the Netherlands.

Calculating utopia
Published in MDPI, the study explains the Dutch recycling value chain in 2017 for plastic packaging waste was, from a global perspective, “relatively well-developed.”

The recycling rate was approximately 37 percent and the average polymeric purity of the recycled plastics was merely 93 percent during 2017, the study’s baseline year.

“It will take a concerted action of all stakeholders and unprecedented investments to raise the recycling rates for plastic packages to 72%.”Considering the jump from 37 to 72 percent, can the Netherlands strive for 100 percent? Thoden van Velzen answers: “Recycling systems are by definition not ideal and natural recycling systems (biological food chains) are extremely inefficient.”

Recycling systems comprise three steps: collection, sorting and recycling. Every step has its own losses. In case all three steps would have a “superb” 80 percent yield, then the recycling rate would be: 80% x 80% x 80 percent% = 51%.

“Striving for more efficient systems is fine and where we can make small improvements, we also should,” Thoden van Velzen notes.

“However, if we look to the bigger picture, the current Dutch recycling system already costs roughly €200 million (US$244.7 million).”

“The perpetuum mobile doesn’t exist”
It will take a concerted action of all stakeholders and unprecedented investments to raise the recycling rates for plastic packages to 72 percent.

Even then, however, this will still be a largely open-loop recycling system that relies on fossil oil feedstock and the outflow of non-food-grade recycled plastics, warns Thoden van Velzen.

“We currently can’t [move away from an open-loop system]. We do not have the technology to make recycled polyolefins (PE, PP) food grade.”

Neither does current consumer protection legislation, such as REACH or FCM, render compliance of recycled polyolefins feasible.

“So we can either adjust our European legislation or wait and hope that somebody can invent new disruptive technologies. We have already been waiting for roughly a decade.” 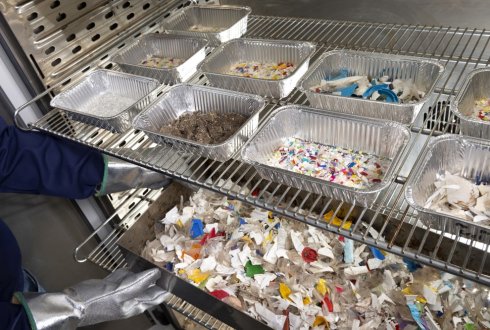 The packaging industry can contribute to a better recycling system by choosing a base polymer of PE, PP or PET, says Thoden van Velzen.Dutch circularity in the future
The objective of the WUR paper is to start a discussion on what that optimal system could look like across the next two decades.

New sets of polymers making circular recycling feasible at much higher rates will also be necessary to further close the loop.

McDonald’s has launched an initiative to reduce virgin fossil fuel-based plastic in its Happy Meal toys by 90% worldwide by the end of 2025. The fast-food giant... Read More